Once upon a time, the Jade Emperor decided to use common animals to form a calendar, thus developing an easy way to allow people to understand the concept of time. Yet even the clever Jade Emperor could not settle on the choice and sequence of the animals. He declared that on his birthday, he’ll hold a race across the river between the common animals to form a new calendar. And that’s where the Chinese Zodiac story begins… 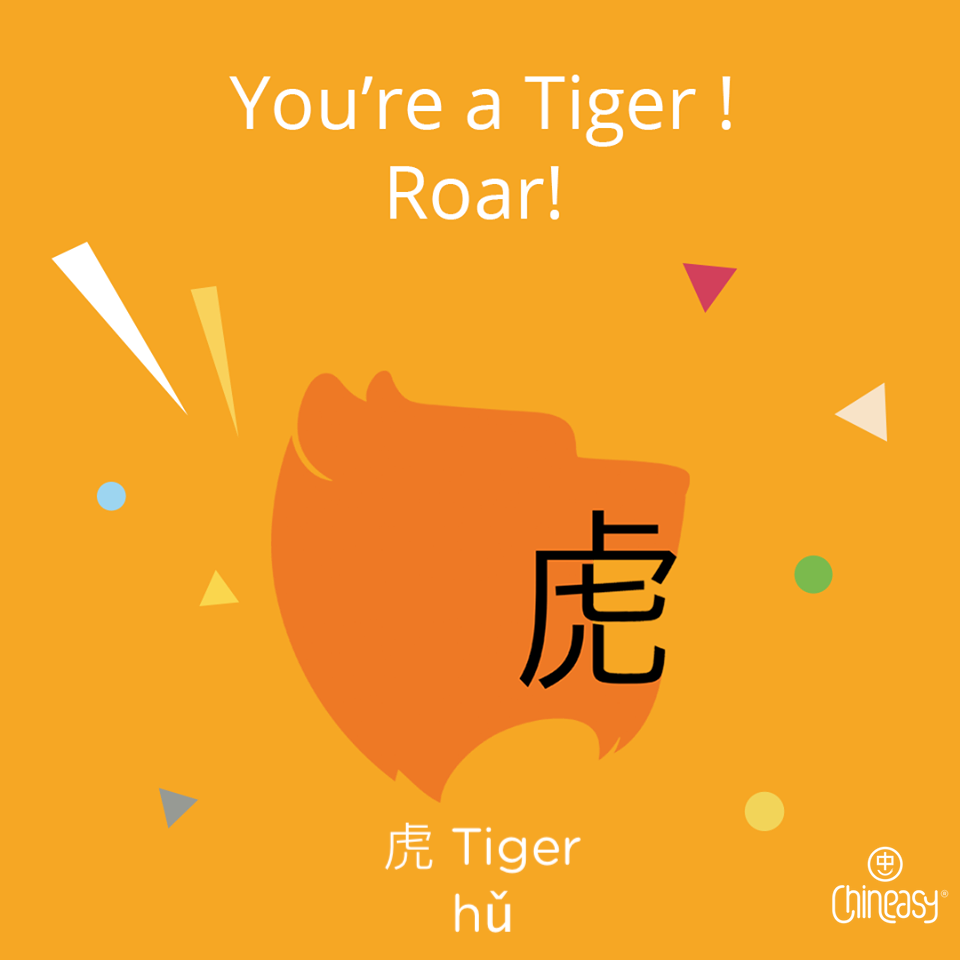 Tiger placed third in the Zodiac race. Tigers are widely considered symbols of vitality, courage, majesty, and power. Tiger is often an undesirable zodiac animal due to its volatile temperament. But surprisingly, did you know tiger babies (when they grew up!) are at the top of the Forbes 300 list of the richest people in the world? 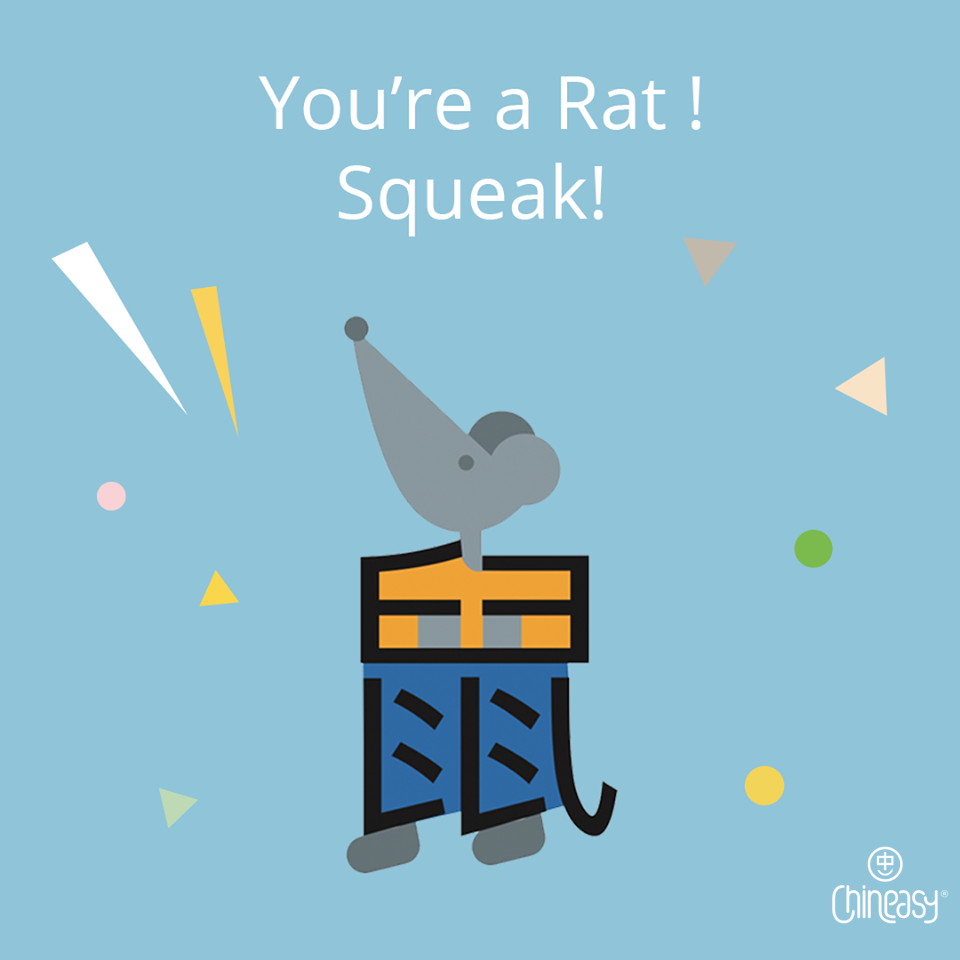 The rat came first in the Chinese zodiac. Can you see the long tail in 鼠, the character of Rat? In Chinese culture, Rat is perceived to be witty, nimble, cautious but aggressive. Prince Charles, Cameron Diaz, and Mozart were all rats. 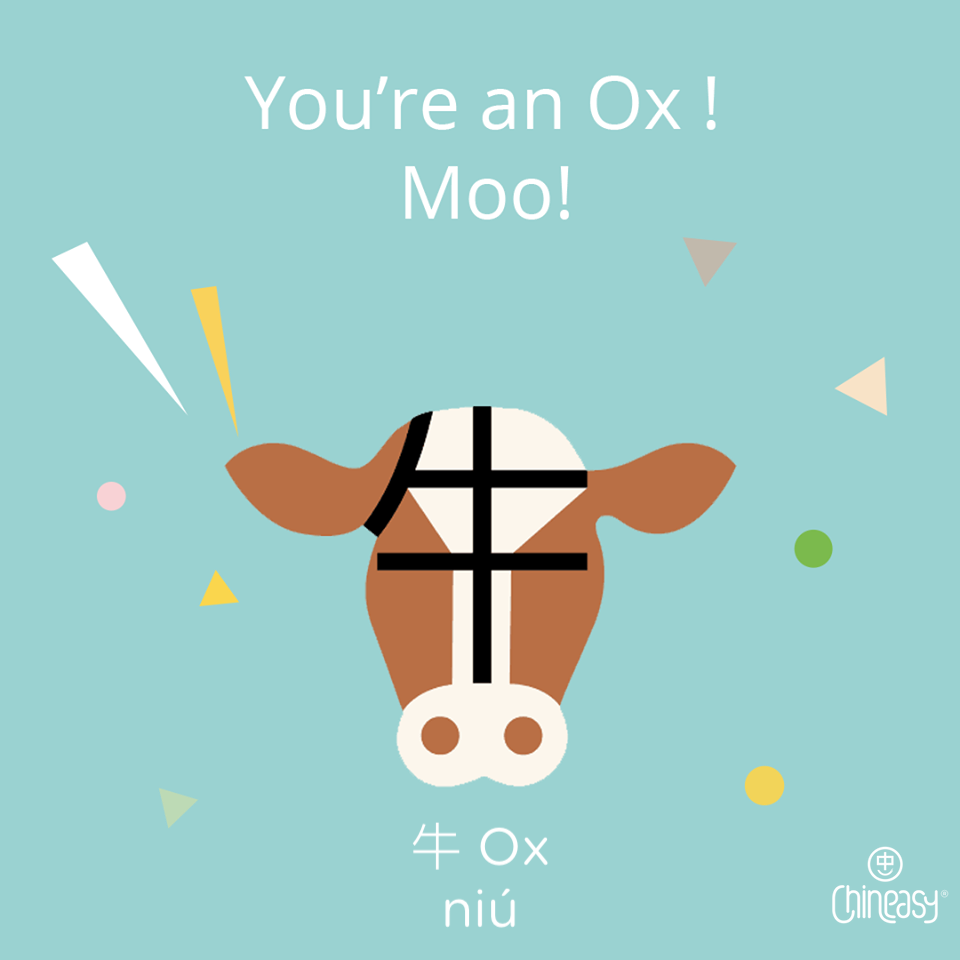 This is Ox, who came second to rat in the great zodiac race. Look how the Chinese character for ox, 牛 comes from the horns on its head! You might be surprised to know that many people in China don’t eat beef. That’s because, for many farmer households, the ox is considered part of the family! In Chinese culture, oxen are symbols of wealth, prosperity, diligence, and perseverance. 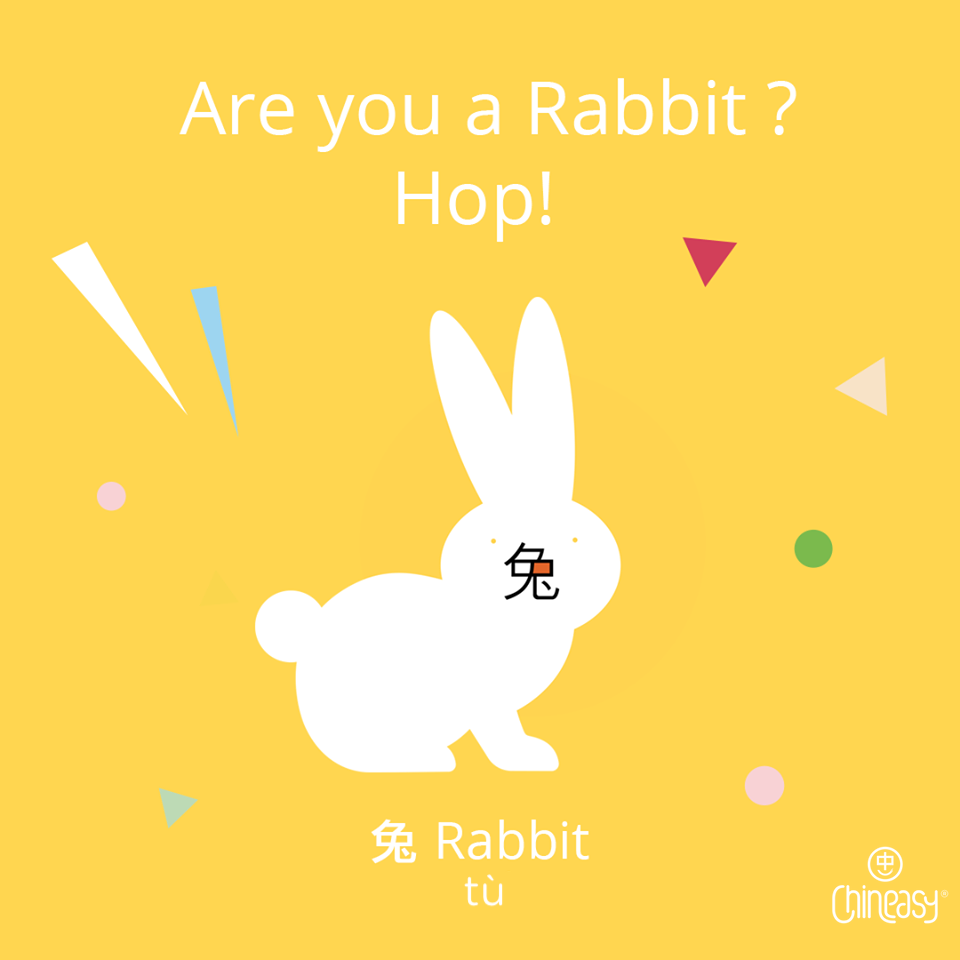 The rabbit came in the fourth place. In Chinese culture, the rabbit represents graciousness, kindness, sensitivity, compassion, tenderness, and elegance. While the Western world often speaks about the man on the moon, the Chinese see the impression of the Jade Rabbit. In fact, China’s first lunar exploration rover was named “Jade Rabbit”! ⠀ 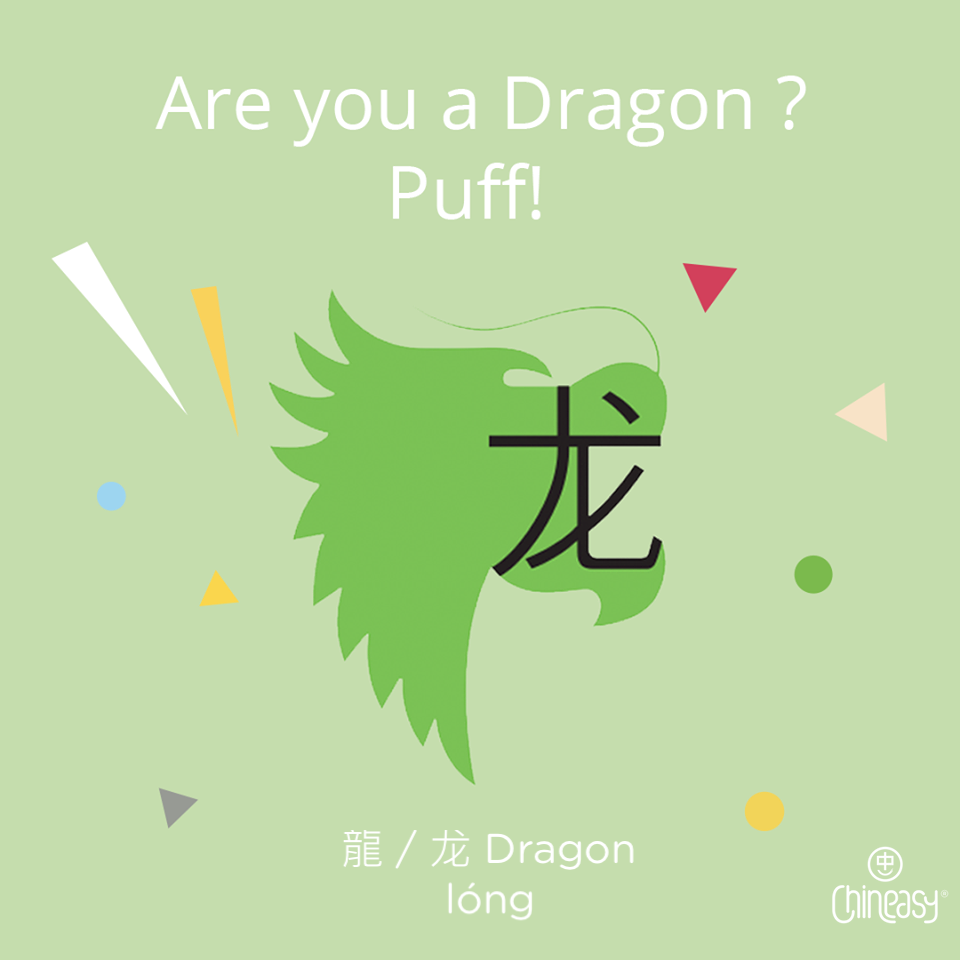 While Dragon (龍/龙) came in fifth in the zodiac race, it is considered the most auspicious creature in Chinese history. The image of the dragon is closely associated with Chinese emperors and royalty. Chinese people also have a long-held belief that they are ‘descendants of the dragon’ (龍的傳人/龙的传人). Having a dragon boy baby is the dream for millions of Chinese families as it is believed they will have a more prosperous career and fortune. However, a surge of births during dragon years may mean these babies will grow up to face more fierce competition with their peers in education and job market as they grow. ⠀ 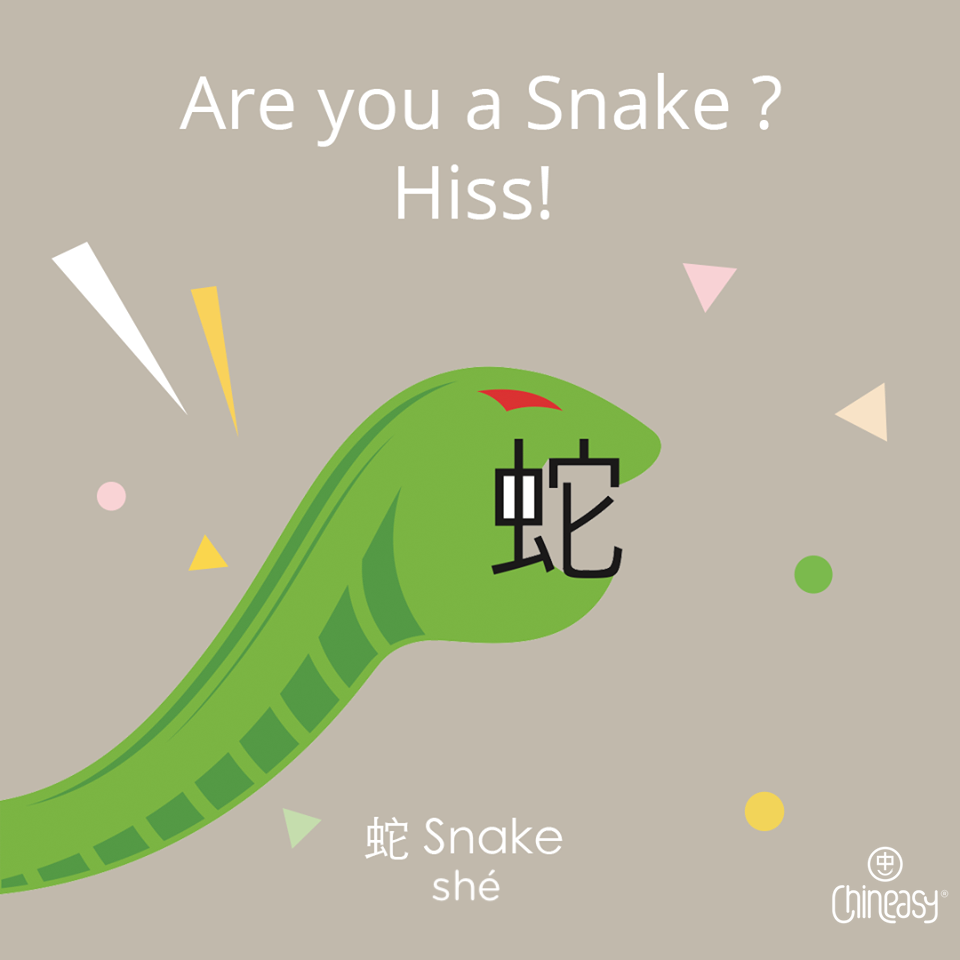 In sixth place was the snake who is widely accepted in Chinese culture as a prophetic symbol often called the “little dragon” or “小龍/小龙” (xiǎo lóng) Mysterious and calm, Snakes are believed to have the ability to prolong life. In fact, it is considered unlucky to kill a snake which enters the house as it could be the bearer of good fortune. 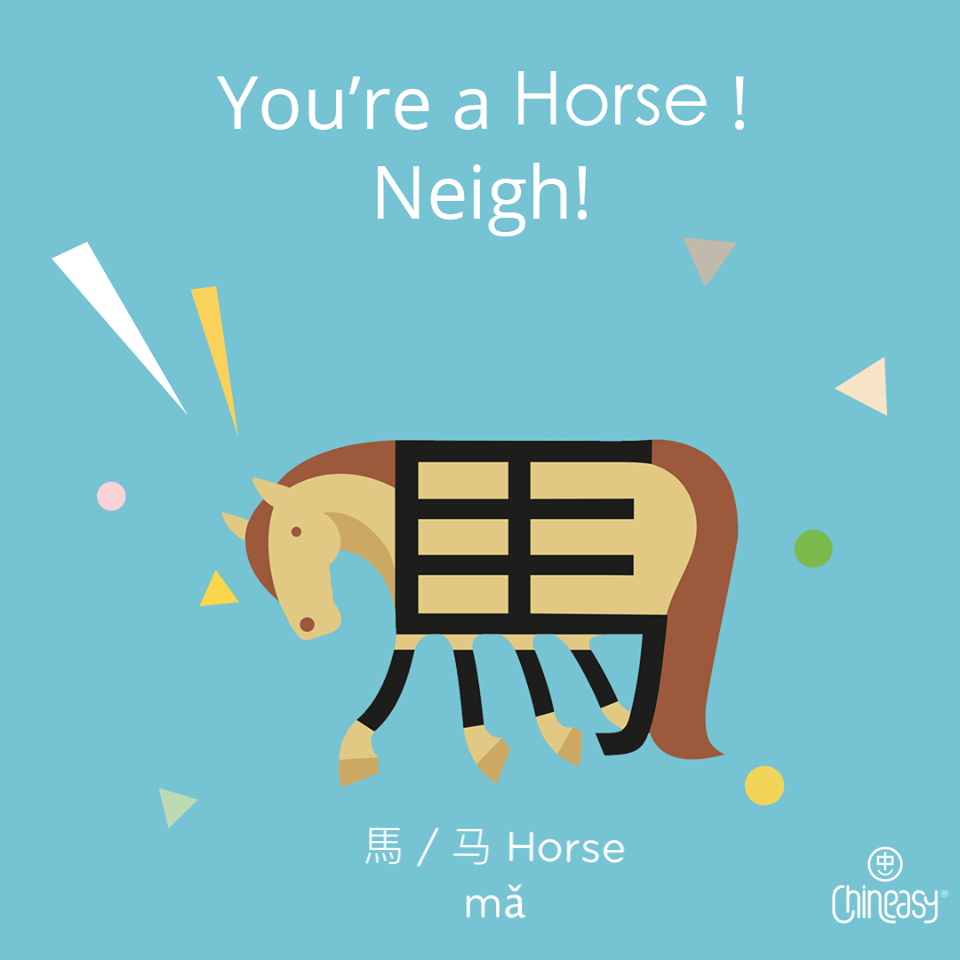 The horse trotted in at seventh place, in the Great Zodiac Race. The Chinese value horse for its faithfulness, nobility, and unconquerable spirit. The greatest horses in Chinese history are called “千里馬/千里马,” which means “thousand-kilometers horses”, in reference to their ability to travel 1,000 kilometers in a day. As a result, calling a talented people,“千里馬/千里马,” was often a great compliment. ⠀ 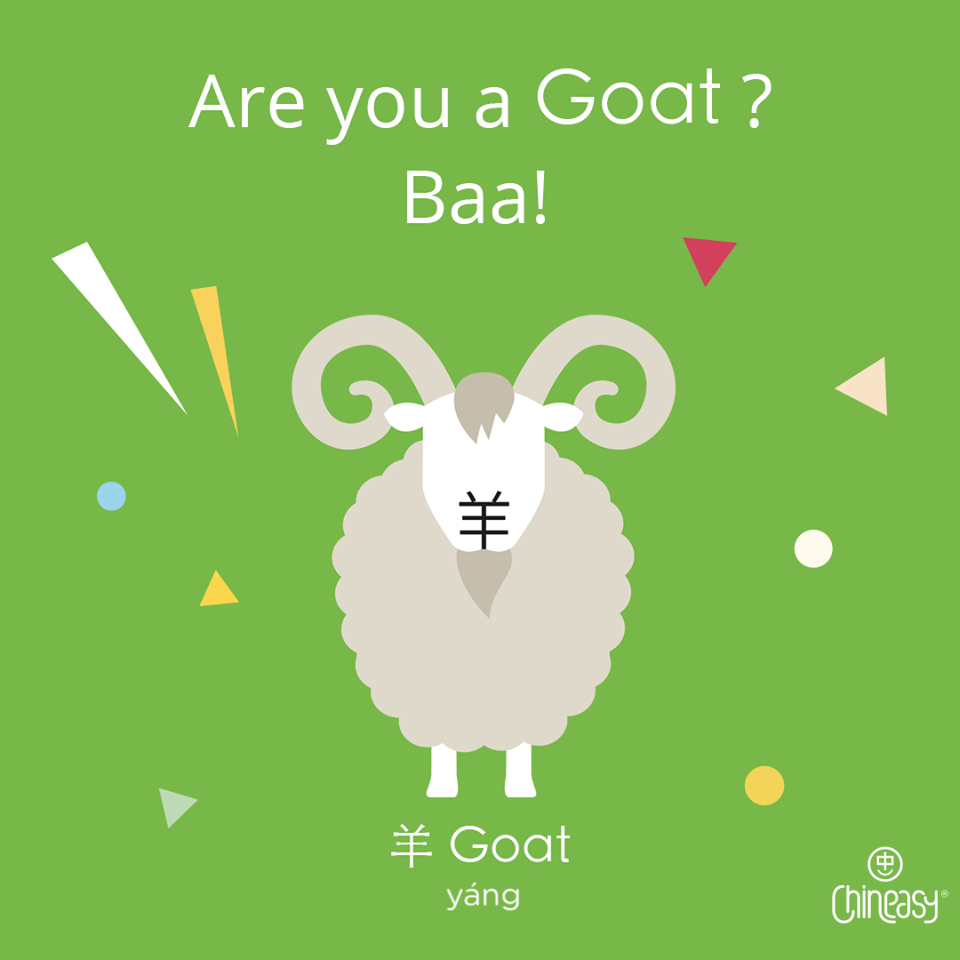 Goat placed 8th in the great zodiac race. In traditional Chinese culture, 羊 (yáng) is considered a symbol of auspiciousness, good luck, and peace. Famous goats are Steve Jobs, Thomas Edison, and Julia Roberts. Are you a goat? In recent years, the idea that goat is “meek and destined for slaughter” rather than success has prevailed in China leading to lower birth rates during goat years. ⠀⠀⠀⠀ 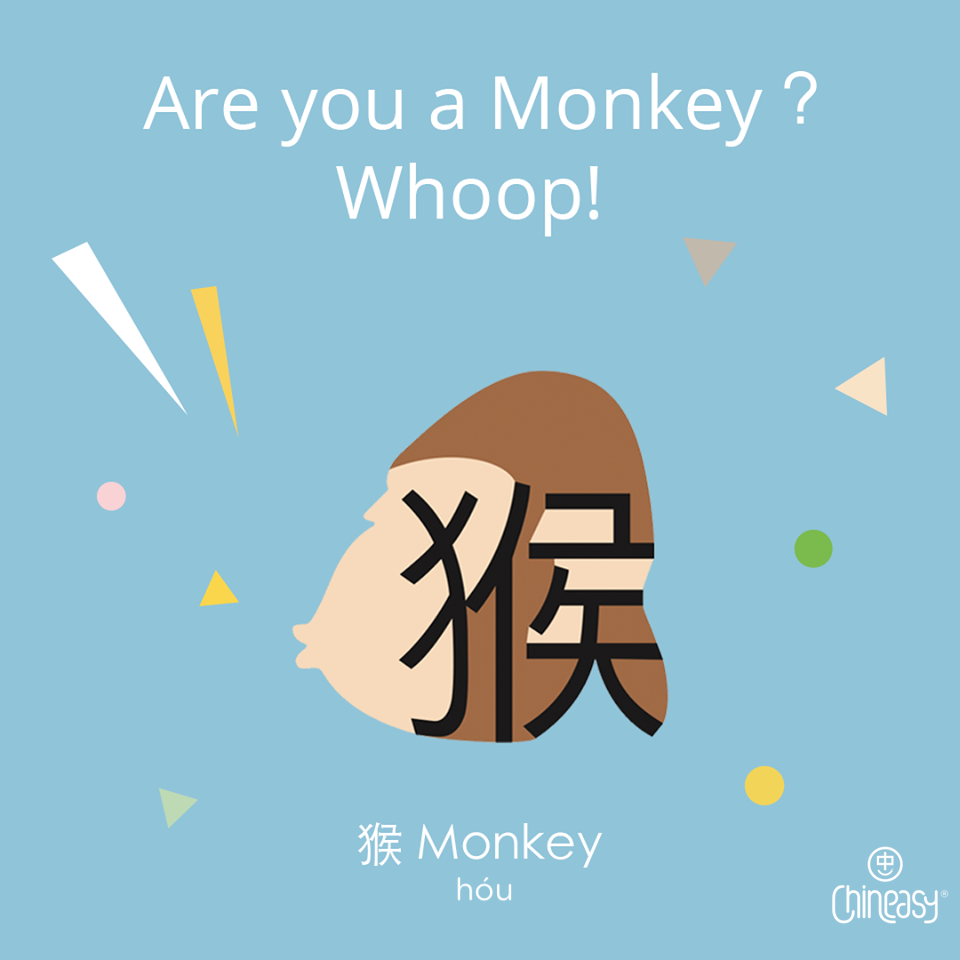 Clever, curious, and mischievous monkey came in ninth place in the Zodiac race. One of the most famous stories in China features the Monkey King, Sun Wukong or “孫悟空,” who first rebels against heaven and later accompanies the monk Xuan-zang on his journey to the West. A beloved cultural icon, the Monkey King has inspired multiple TV shows, movies, and entertainment products consumed by 25% of the world’s population today. 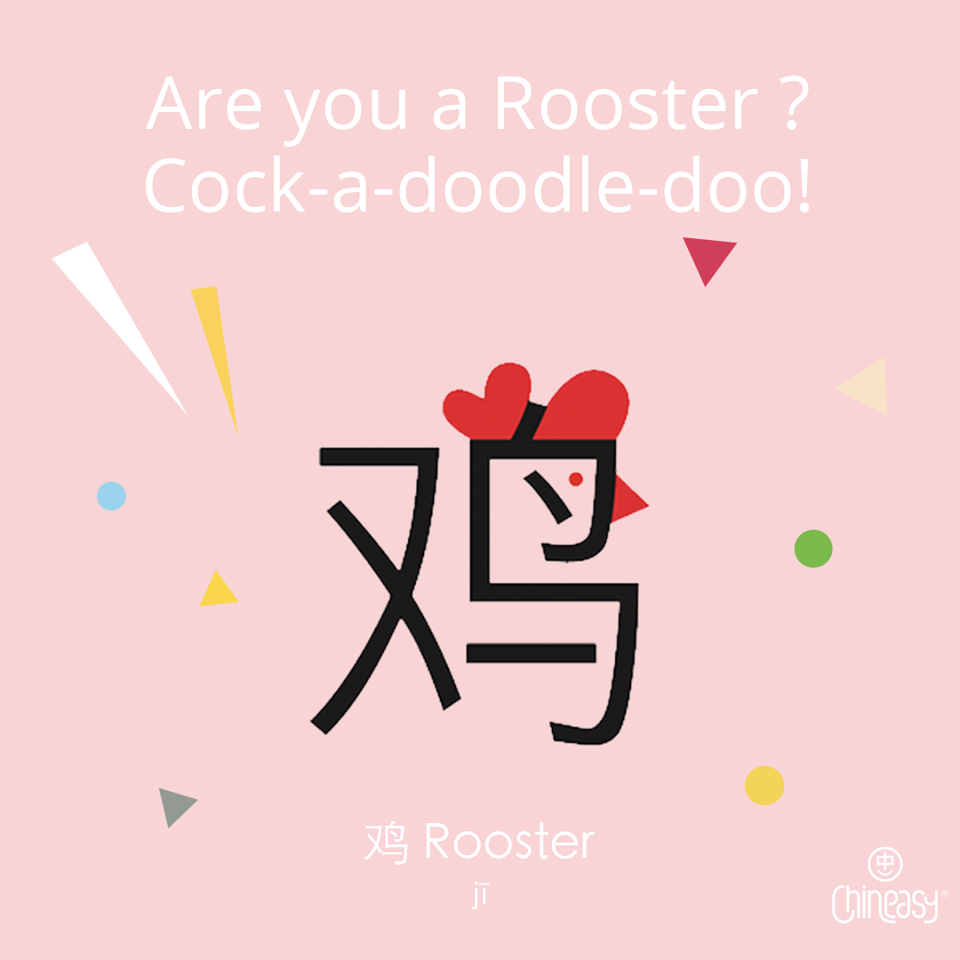 Rooster placed 10th in the great zodiac race and symbolize honesty as well as physical and moral fortitude in the Chinese culture. Rooster is often associated with confidence, pompousness, and motivation. 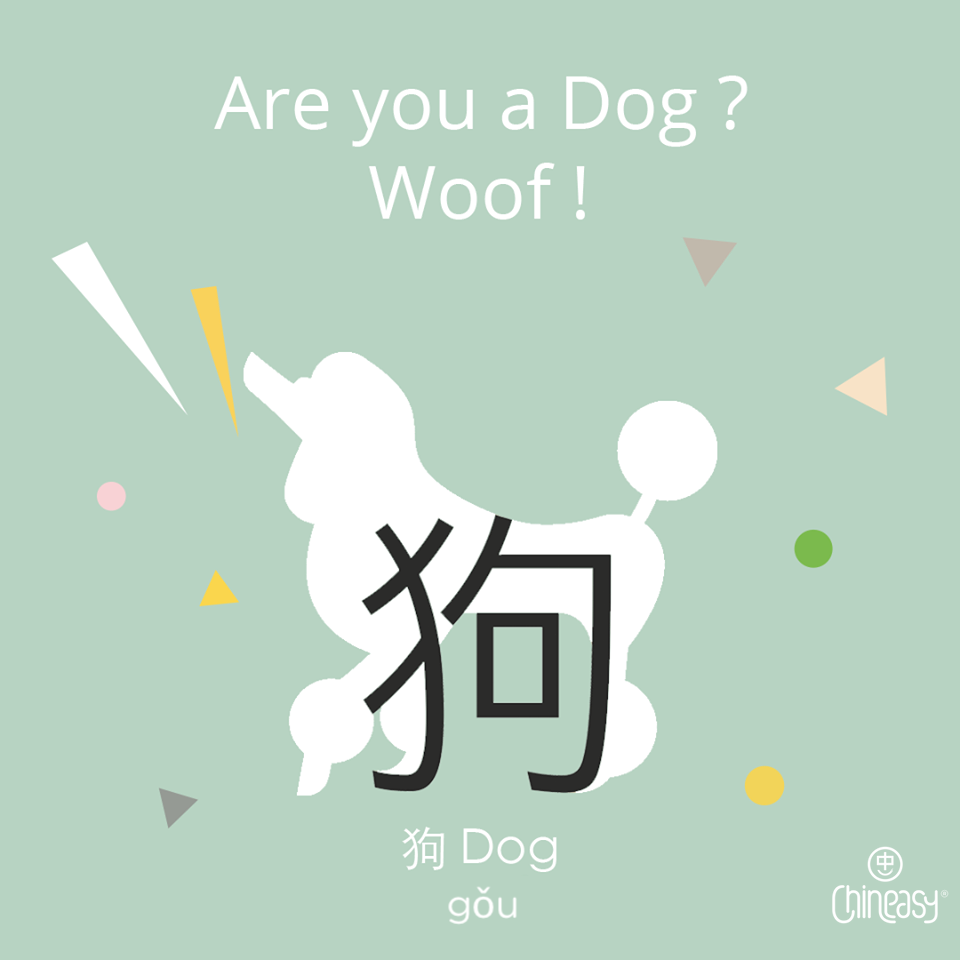 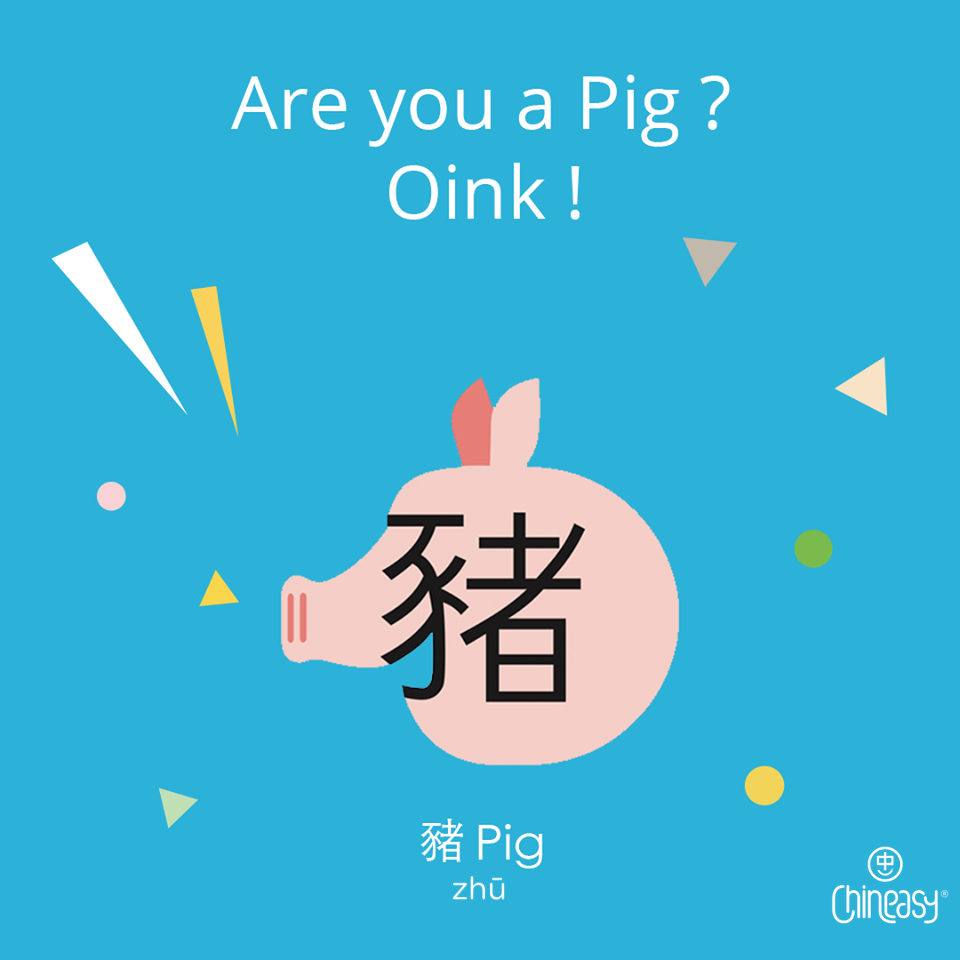 Content with having qualified for the zodiac race, happy-go-lucky pig came last by sightseeing and enjoying the along the way. In contrast to the Western depiction of the fat, greedy, lazy pig, the Chinese admire the pig for its ability to enjoy life to the fullest!

In this TED Talk, ShaoLan shares some tips for understanding the ancient tradition and describes how it’s believed to influence your personality, career, marriage prospects and how you’ll do in a given year. What does your sign say about you?