Family is the basis of Chinese society, which is seen through the importance placed on the New Year’s Eve dinner (年夜飯/年夜饭; nián yè fàn). Food is definitely one of the things that the Chinese take the most pride in. Lots of care and thought are put into the dishes for the most significant holiday of the year. The dishes are created to give blessings for the coming year. The names and looks of the dishes are both symbols of wishes for prosperity, happiness and auspiciousness.

Though every region (even household) has different customs, some common dishes are seen on every table. Without further ado, let’s dig into what four essential dishes are for the coming Chinese New Year, also known as “Spring Festival.” 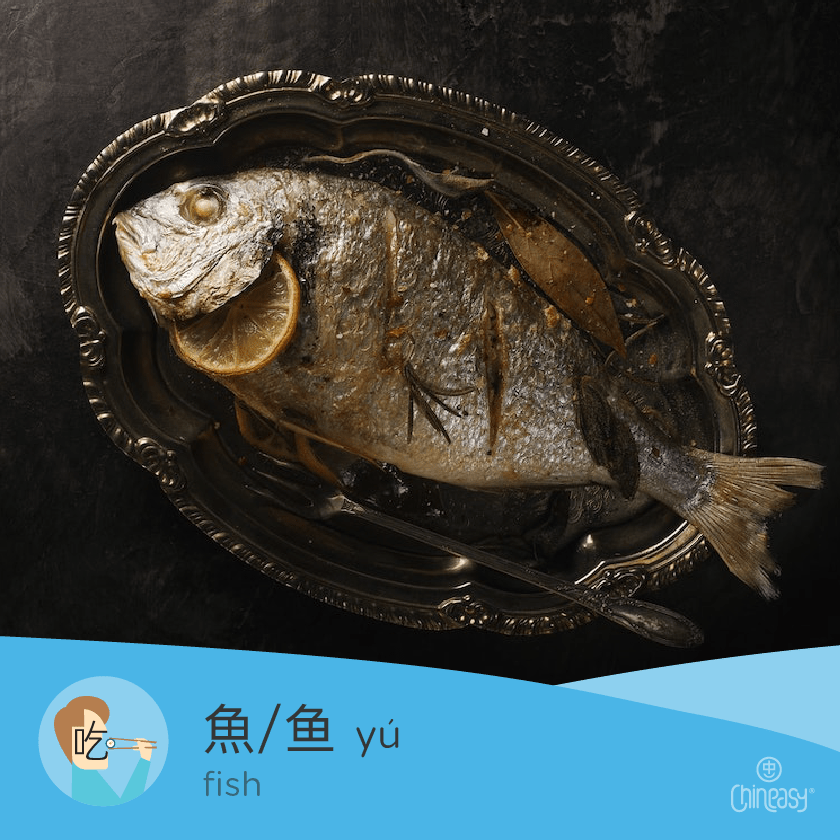 Photo credit to @phototastyfood from Unsplash

Fish is a must during the Chinese New Year, symbolizing surplus and wealth. In Chinese, 魚/鱼 (yú) has the same pronunciation as 餘/余, which means surplus or extra. The typical blessing is 年年有餘/年年有余 (nián nián yǒu yú), meaning “May the year bring prosperity.” Leaving leftovers for the next day is important because this signifies that prosperity will overflow. 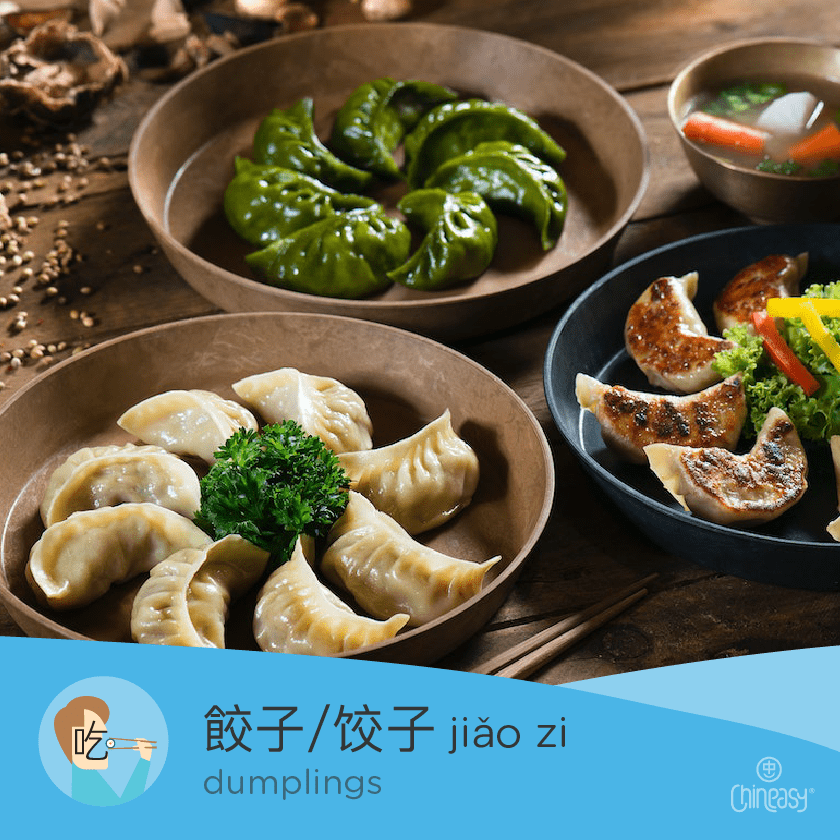 The dumpling is a traditional lucky food in Chinese culture and enjoys worldwide popularity now. Chinese dumplings can be made to look like Chinese silver ingots, or sycee, a valuable currency used in China until the 20th century. Legend has it that the more dumplings you eat during the Chinese New Year celebrations, the more money you can make in the new year.

When it comes to the flavors, there are too many different types of fillings. Typically, they include Chinese cabbage, green onion, pork and shrimp. Some regions will also put a coin in a random dumpling. Whoever eats it will have great luck that year. 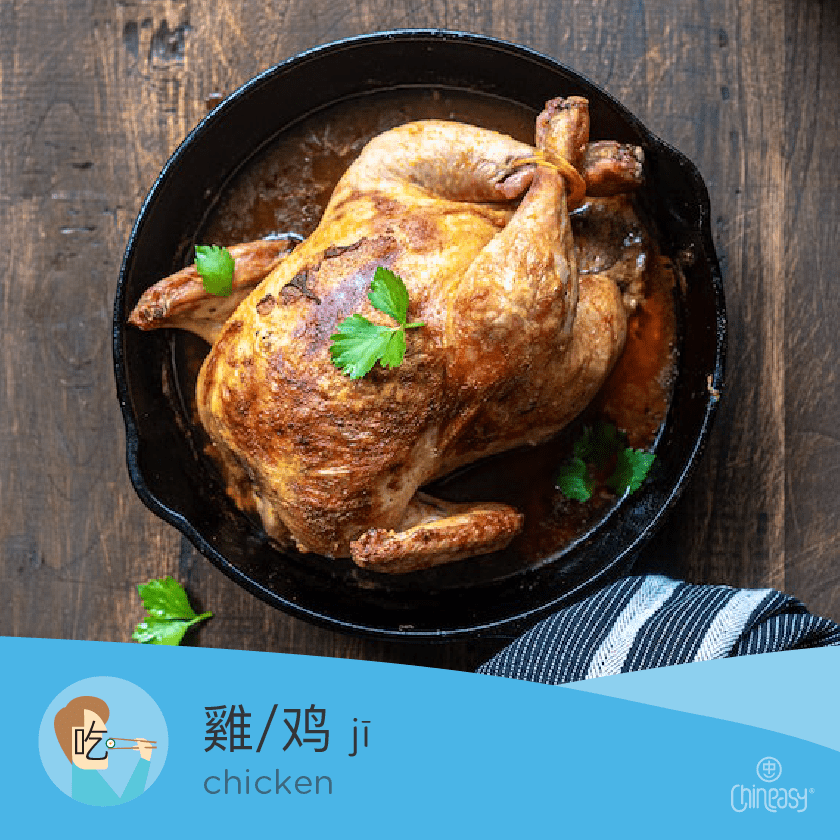 Photo by Anshu A on Unsplash

The chicken should be served whole with the head and the feet attached. This connotes unity and a good marriage between families. Some believe that chicken during the new year also represents rebirth. Traditionally, families will also offer chicken to deceased ancestors for other-worldly blessings and protection. 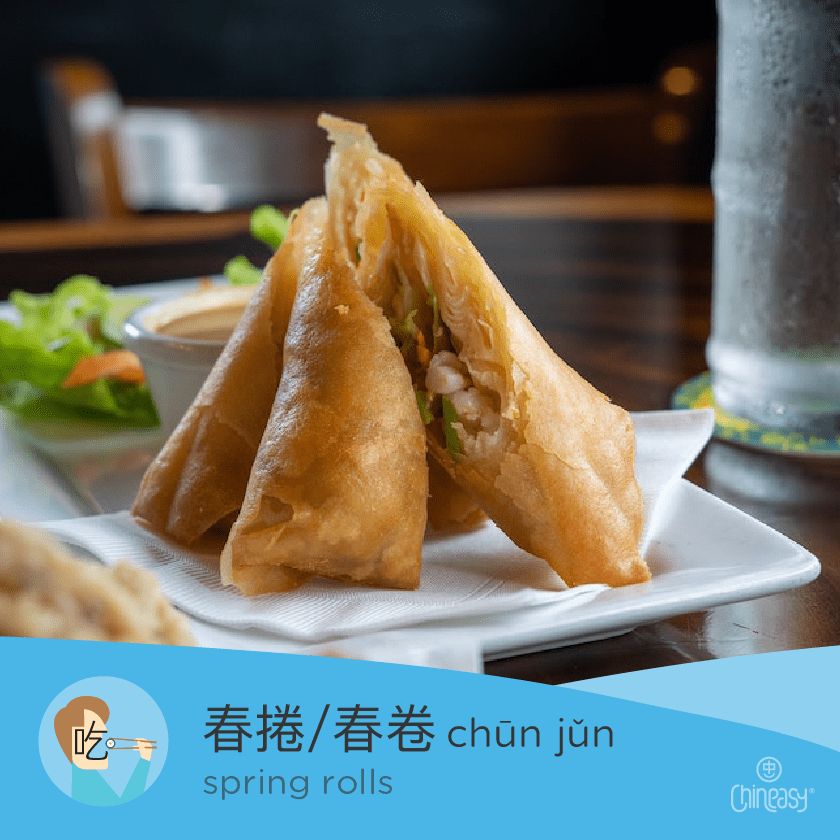 Photo by Alexandra Tran on Unsplash

Typically, spring rolls are eaten on the first day of spring (立春; lì chūn). They can appear on the table as a dinner dish, appetizer or snack. Most are familiar with the deep-fried version of spring rolls. Throughout China, spring rolls can also be steamed or baked. Size and shape vary from small rectangles to large flat circles. The golden color of the fried spring rolls represents gold bars—which, of course, symbolize wealth.