If you watch even just one episode of any Chinese-language television show, you’re bound to encounter the phrase 謝謝/谢谢 (xìe xie), which is the standard Mandarin expression for “thank you.” Despite the subtle difference in pronunciation between the first and second syllables (hint: look at the tone marks), this expression is formed by duplicating one single character, 謝/谢 (xìe; to thank). In both its simplified and traditional forms, 謝/谢 is comprised of two components: the radical 言 (yán) plus the character 射 (shè), which mean “words/speech” and “to shoot (as with an arrow)” respectively. It’s almost as though we “shoot” messages of gratitude back and forth among ourselves to show our appreciation!

Now that we’ve got the writing squared away, how about the pronunciation? If you’re not yet familiar with Hanyu pinyin, words that begin with an “x” might seem a bit daunting. But don’t worry—the /x-/ sound is easier to pronounce than it may seem! It is somewhere in between an /s/ (as in “say”) and a /sh/ (as in “she”). To correctly pronounce 謝/谢, first put on a big, wide smile to expose both your upper and lower teeth. Then press the tip of your tongue behind your lower teeth and try to make a “s-” sound, allowing the middle of your tongue to arch upwards toward the roof of your mouth. If you can hiss in that position, then you’ve successfully found the Chinese /x-/ sound! 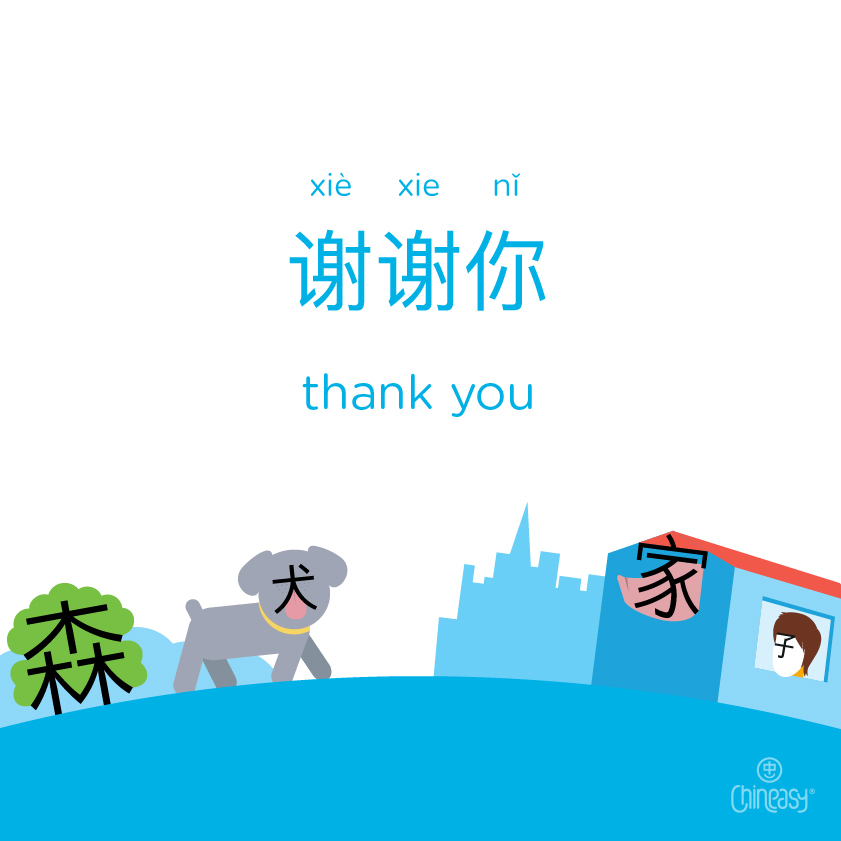 Of course, Mandarin pronunciation combines both sound and tone. That means, even if you make the right sounds, you may have a very difficult time communicating if you’re using the wrong tones. For example, the first syllable of 謝謝/谢谢 is pronounced in the fourth tone and the second syllable takes the fifth (or neutral) tone. If you accidentally pronounce “xie” with a third tone, instead of telling someone “thank you,” you might end up instructing them to write (寫/写; xǐe) something! Just remember: for the first 謝/谢 (xìe), take your cue from the associated tone mark and allow your pitch to fall sharply. Then pronounce the second syllable “xie” quickly and lightly, as if you want to end the expression on a softer note.

If you get tired of saying 謝謝/谢谢 left and right, or if you just prefer a little variety, here are a few ways to customize the phrase:

Once you’ve mastered a few ways of saying “Thank you,” you’ll probably want to learn how to say, “You’re welcome.” After all, the polite expressions do form a pair, right? Well, as with 謝謝/谢谢, depending on the context, there are several possibilities for the response, yet the most commonly used is 不客氣/不客气 (bù kè qì)*, which literally translates to “Don’t be polite,” and thus equates to “Don’t mention it.”

But before we go, don’t be surprised if you see or hear the character 謝/谢 being used in ways other than to express appreciation. Apart from “to thank,” in formal or literary texts, 謝/谢 can also mean “to politely decline” or “to excuse oneself.” It even functions as a surname and as such designates more than 10 million people of Chinese origin! Even though some families have immigrated to the West, where the name has undergone romanization, Xie, Hsieh, Tse, and other variations can all be traced back to 謝/谢 and to the ancient Chinese kingdom from which their ancestors adopted the name long ago.

So do you know anyone with the last name 謝/谢? In the Chinese-speaking world, there are many celebrities who bear the name, such as Janet Hsieh (謝金燕), a Taiwanese dancer and singer-songwriter; Xie Na (谢娜), a mainland TV host and singer; and Nicholas Tse (謝霆鋒), a multi-talented actor-singer-chef-martial-artist! Did you notice the different spellings of 謝/谢? In any case, if you want to get a glimpse into Chinese culture, check each of them out on YouTube or Instagram and we’re sure that you’ll tell us 謝謝/谢谢！ 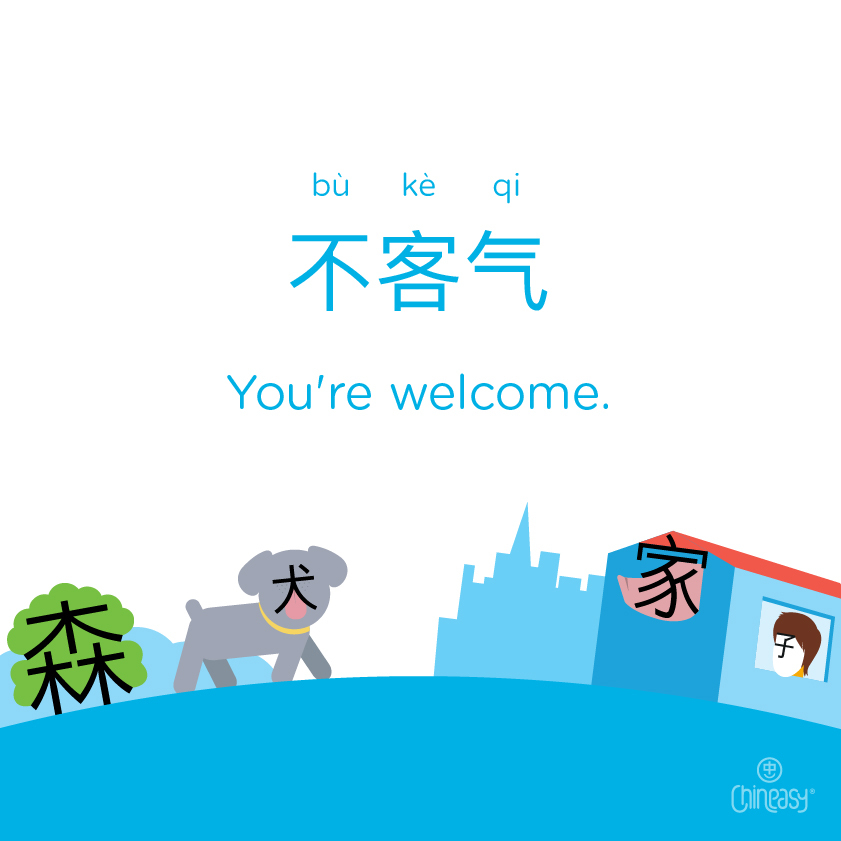