Despite it being the way we run our day-to-day lives, the observance of time is not necessarily consistent across languages and cultures. I found this out myself the hard way a number of years ago, the very first time I ever stood in front of a class and taught. I was 19 and had been given the topic of ‘time’ to teach to a classroom of Swahili speaking children. For my first ever lesson, I thought it went pretty well, so I was very confused at the end of the lesson (which was 12 pm) when I asked each child to read the clock and tell me the time before they left the classroom. Quite a few children correctly told me that it was 12 o’clock, however, the majority said 6 o’clock. I was baffled. I later found out that in Swahili, clocks are read backwards to how we read them in the English speaking world. So what reads to us as 3 o’clock on an analogue watch is 9 o’clock to a Swahili speaker, 6 o’clock to us is read as 12 o’clock in Swahili, and so on. On this day I learnt a very important lesson as an English Language Teacher, make no assumptions about cultural understandings of anything. Differences in language and communication go so much deeper than words. Each language and culture offers a different perception and interpretation of the world around us.

So let’s take a look at how time is perceived in the Chinese culture.

In the western world, it is a deep-rooted perspective that time is like an object in motion. Increasingly in the modern world, time is generally measured against profit and achievement. Reflecting this ingrained attitude, we have time-related sayings in the English language such as ‘the early bird catches the worm’. Increasingly, with the current materialistic preoccupations of the western world, freedom and individuality are being damaged by what seems to be a never-ending race against the clock. If time is considered money and money cannot buy time, we have a serious imbalance on our hands, leaving society to face an existential crisis of sorts.

The traditional perception of time in Chinese culture reflects quite a different attitude towards life, which may be able to help resolve some of the time-related problems faced in the west. In the face of a booming economy in China, people are increasingly adopting a faster pace of life, however, traditional values still hold strong and can teach us invaluable lessons. As Chinese culture has been deeply influenced by Confucianism, Taoism, and Buddism over the past few thousand years, we can look to the teachings of the spiritual leaders to understand the deep-rooted perception of time which exists in Chinese culture.

Buddhism teaches about the impermanent nature of life and believed the human experience of time to be an illusion. Through achieving Nirvana, you can become liberated from time, according to Buddhist thought. This belief suggests that time, as we perceive it, is a hindrance to the human condition.

Confucian teachings take a flexible approach to time. Confucius believed that our affairs, regardless how important or trivial, should be dealt with at the right moment, rather than forced to fit into a routine, plan, or any measurement revolving around time.

In Taoism, time is considered to be limitless and therefore not a dominant force in our lives, Taoism rejects any restraints on the human condition and advocates pursual of freedom. Tsai Chungs says of Taoism “It is a philosophy which takes life and hurls it into the limitlessness of time and space in order to be experienced to the fullest.” (2015)

So now we have a basic understanding of the nature of time in Chinese culture, let’s look at some useful words and phrases.

In general, timing is pretty important in the Chinese culture. So even if you will only be a couple of minutes late, it is polite to give notice. Sometimes if you turn up early, depending on the situation, an apology may also be required. For example, a Chinese person may even wait outside if they turn up to something like a dinner party too early, so as not to cause any disturbance to the host who may still be setting up or organising the event.

As punctuality is very important in Chinese culture, it is useful to know some words and phrases relating to this, you can learn more about this in the conversation between ShaoLan and Josh Edbrooke on podcast 282, ‘Being Late’. 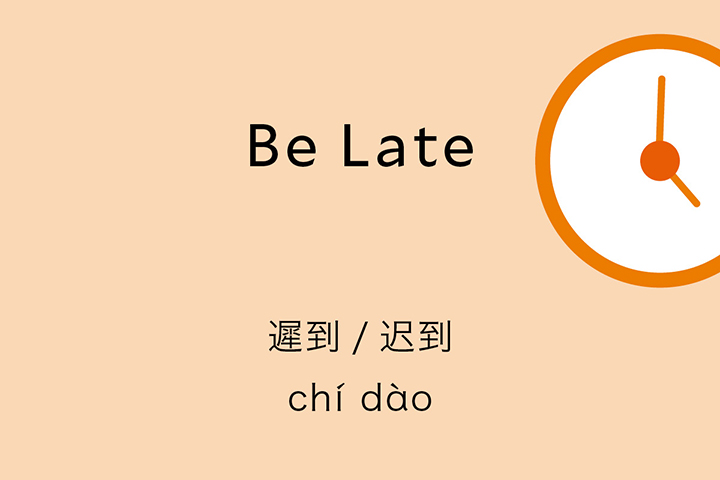 In ancient times, the main mode of transportation in China was by horse. So, if someone was instructed to do something they would often reply ‘mǎ shàng’ meaning ‘right away’. This translates to ‘I’m already on the horse’, which would have been meant literally back in the day. However, in a modern context, it is generally a figure of speech, except on occasions where a horse is actually involved.

‘mǎ shàng’ is a very practical phrase to know. You can learn more about it on podcast 297, ‘Right Away’. 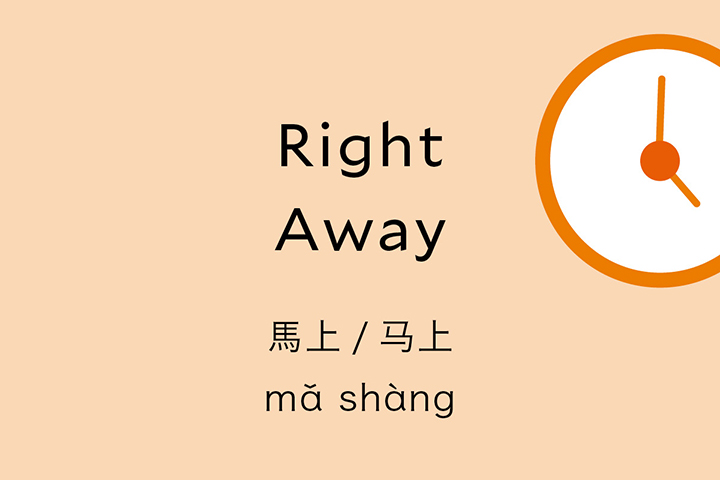 You are likely to hear ‘mǎ shàng’ in a restaurant when you order the bill:

Some other very useful phrases to know:

We all live in the present moment, so learning a few words and phrases to enable you to talk about what is happening ‘now’ will be very useful in your Mandarin language learning journey. Find out more about the use of ‘xiàn zài’, which means now, in podcast number 301 with Shaolan and Josh Edbrooke. 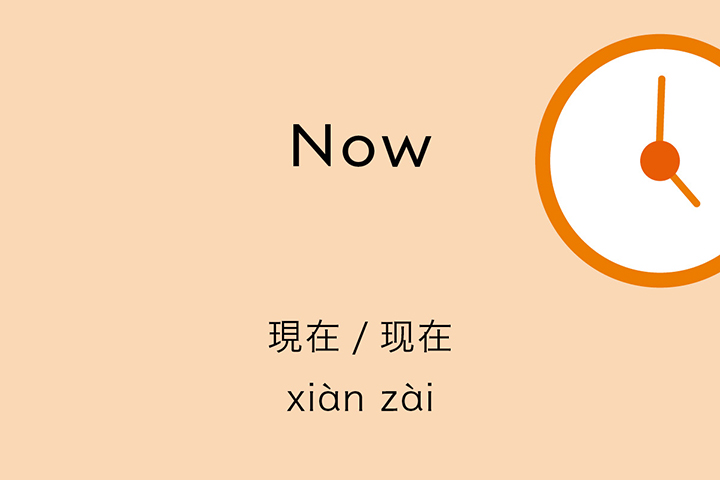 Be content with what you have, rejoice in the way things are. When you realise that nothing is lacking, the whole world belongs to you.” – Lao Tzu