Hello Chineasian! In this post, we’ll continue with the theme: Sea and Water animals. If you’d like to start from the beginning, this post is what you’re looking for. 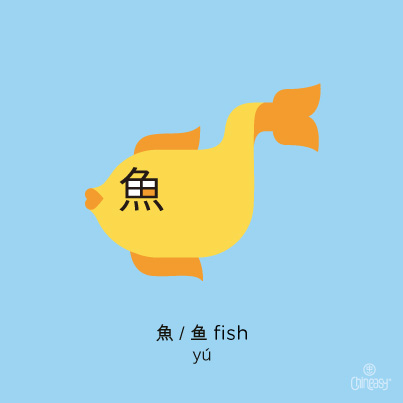 The top part (⺈) of 魚 looks a bit like a fishing hook, but in the ancient Chinese oracle-bone script, it actually resembled the head of a fish! The square sections in the middle of the character used to be angular lines depicting scales, and the four dots you can see at the bottom represented caudal fins. The simplified form is 鱼. 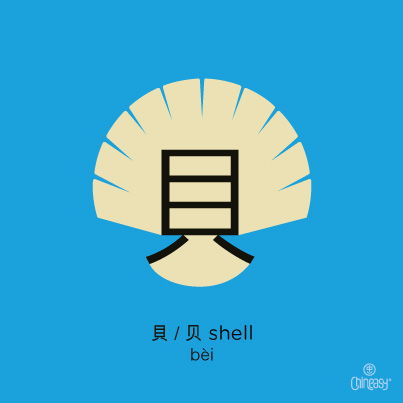 In ancient Chinese money, cowry shells were once a common trade currency. For this reason, the character 貝 used to refer to currency or money. Nowadays, it mostly means “shell,” like seashell. The simplified form is 贝. 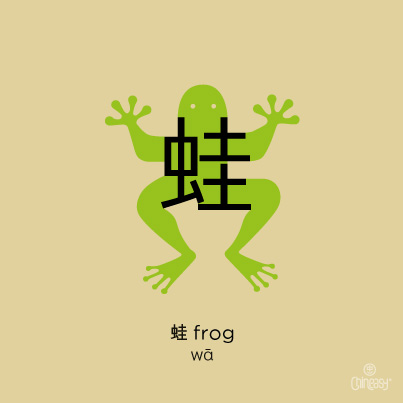 蛙 is a combination of 虫 (insect) and 圭 which indicates the pronunciation of the character 蛙. In ancient Chinese, 圭 was used to mean the rough and low croaking sound that a frog makes. 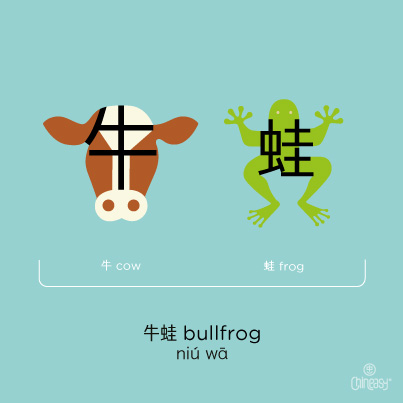 Bullfrogs are big in size and can make a loud sound like a bull’s mooning which is why they are called “bullfrogs” (牛蛙)! 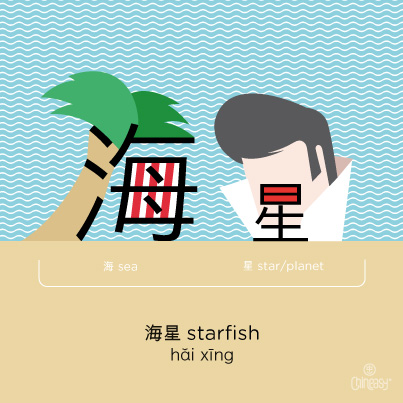 In English, although starfish has the name “fish” in it, they are not classified as “fish” because they don’t have gills, scales, or fins. This fact should help you remember its Chinese translation easier because you won’t see the character 魚/鱼 (fish) in it.