China has a very diverse wildlife population and is one of the 12 mega-biodiverse countries in the world. The country is also rich in wetlands; the marine wildlife is abundant thanks to it having one of the world’s most species-rich marine areas.

So learning some Chinese keywords related to the sea and marine species may come in handy when discussing sea life in general with Chinese people. 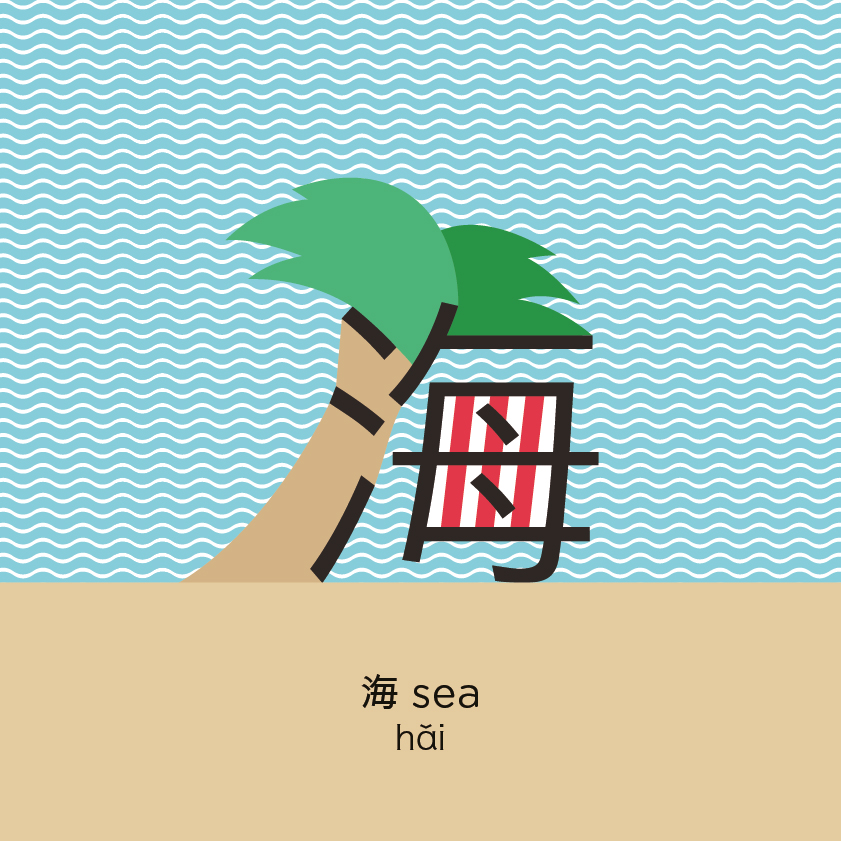 The compound character 海 consists of two parts:  氵 (the water radical) and 每 (every). The character for “mother” 母 is in 每. Drops of water travel from rivers to “sea” like children to their “mothers.” 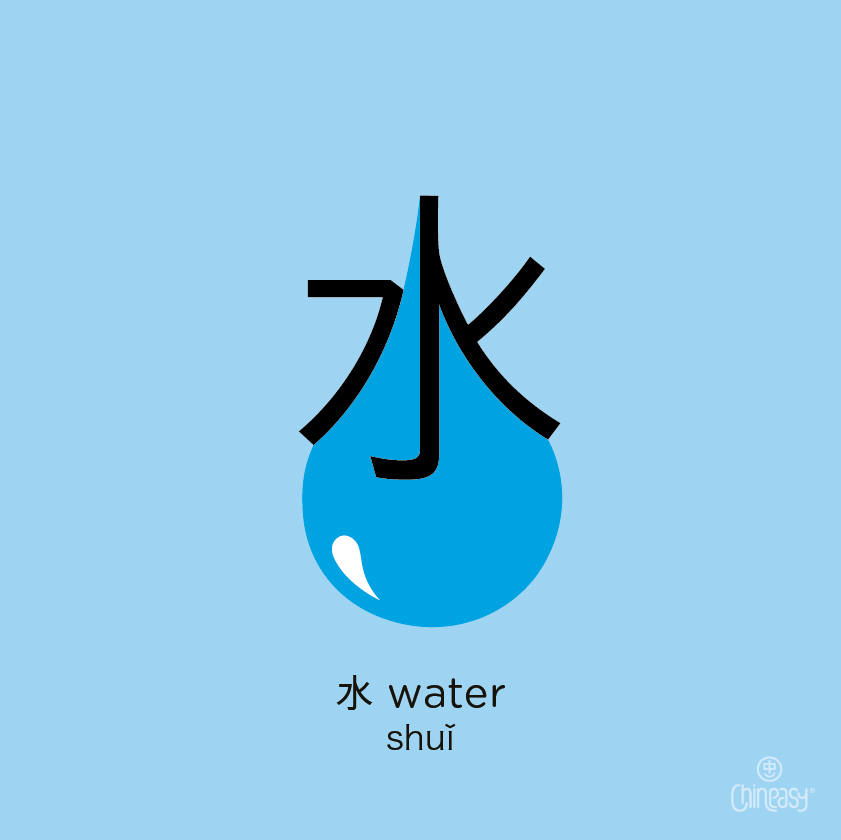 The character 水 (water) originally had a winding line in the middle showing how water flows, and dots on both sides representing drops of water. Now we’d like to picture it as one main river with smaller ones flowing into it on either side. Later, when used as a radical as part of a compound, the character was shortened to become 氵which is commonly known as “three dots of water” (三點水/三点水). 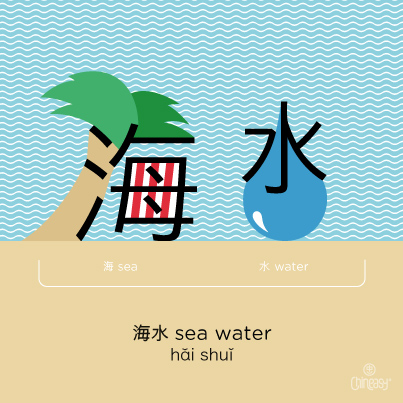 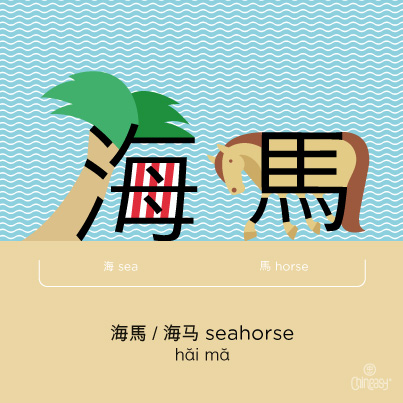 The simplified form is 海马.

Here comes an interesting fact about 海馬/海马. Seahorses have no teeth and no stomach and food passes through their digestive systems so quickly. So in order to stay alive, they eat almost constantly. In fact, they can consume up to 3,000 brine shrimp per day. 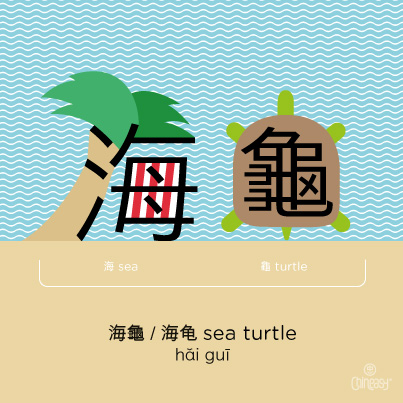 The simplified form is 海龟.

海龜/海龟 hold quite a few amazing records – they have existed on Earth for more than 100 million years and they can live up to 100 years. Last but not the least, they can hold their breath for five hours underwater. 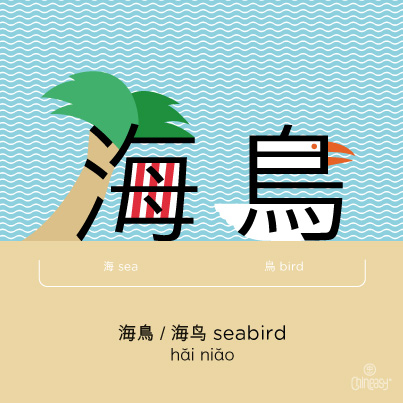 The simplified form is 海鸟.