If you haven’t read the Part I of the topic: Must-know Chinese words in the digital age, check it out first!

Here we continue our theme for digital living. Our focus will be the tools that act as a gateway enabling digital living and everyday words that the Internet has given to the Chinese language. 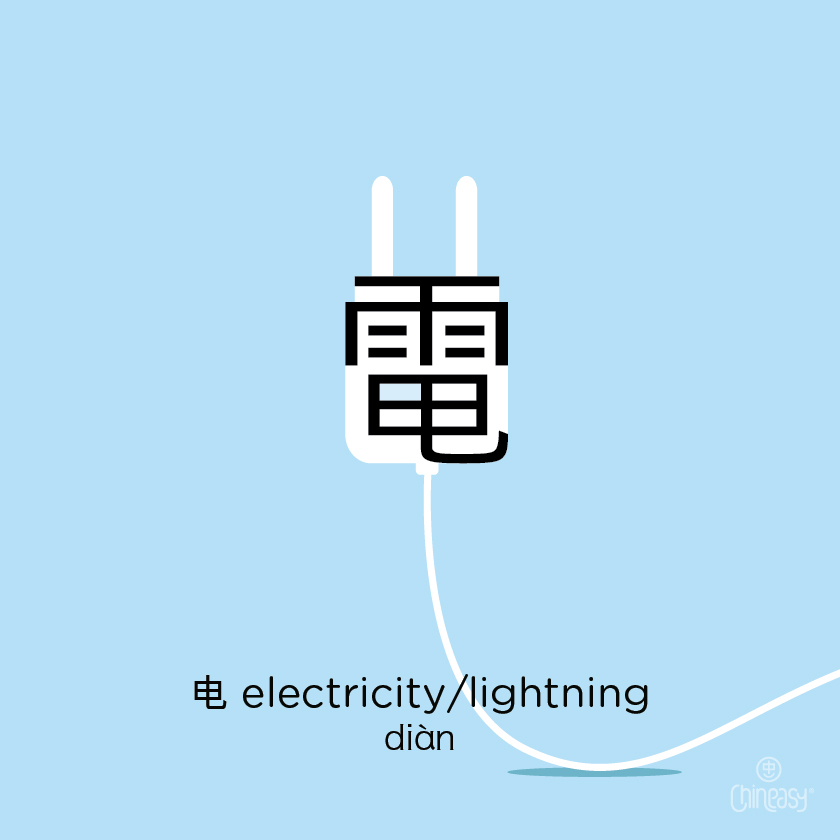 It’s just ever so easy that we tend to forget the most essential element of the internet – powered by electricity! So do you know how to say the Chinese word for “electricity?”

The Chinese word for “electricity” is 电. This character first depicted a bolt of lightning. In its traditional form, the top part 雨 (rain) was added later. Today, 電/电 means “electricity.” Lightning is, after all, sudden, massive surge of electricity.

站 pinyin: zhàn; to stand up (as a verb); station, stand or website (as a noun) 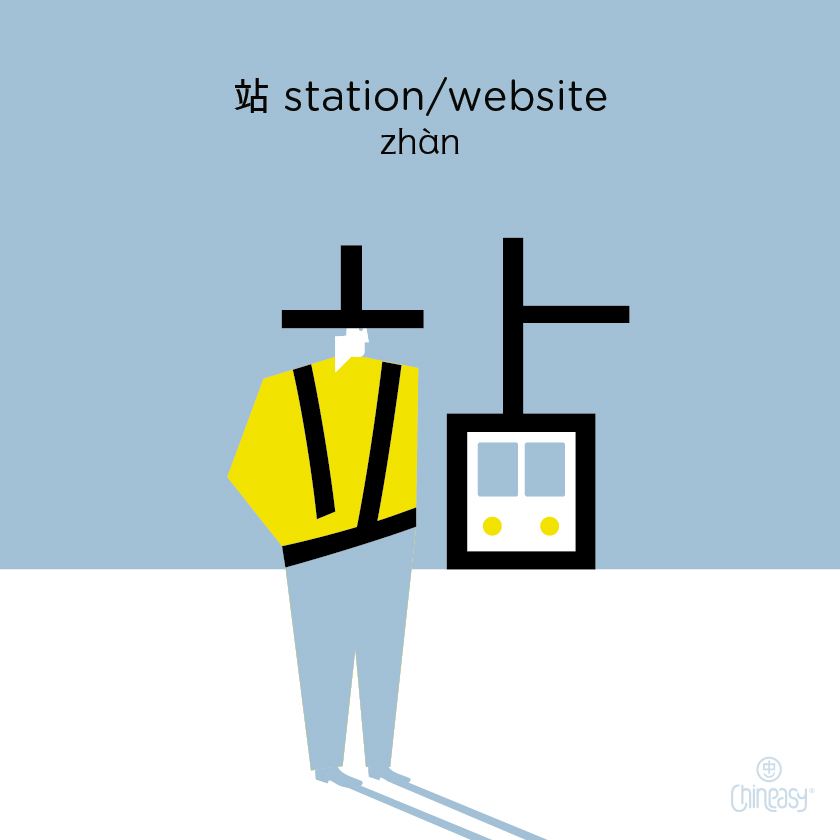 站 is made up of 立 (to stand) and 占 (to occupy). 立 suggests the meaning while 占 provides the sound. As a verb, it means “to stand up.” As a noun, it can mean station, stand or website. It can also be a measure word for “stops/stations.” 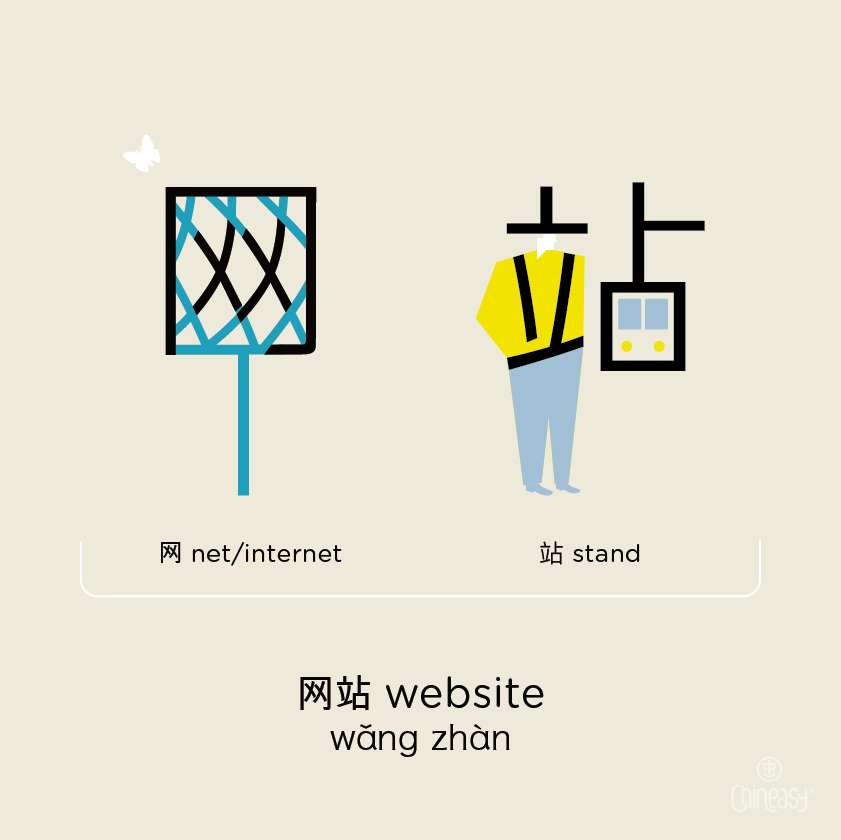 One of the top websites (网站) in China is baidu.com (百度), the most popular Chinese search engine and one of the largest companies in the world. Traditional form = 網站. 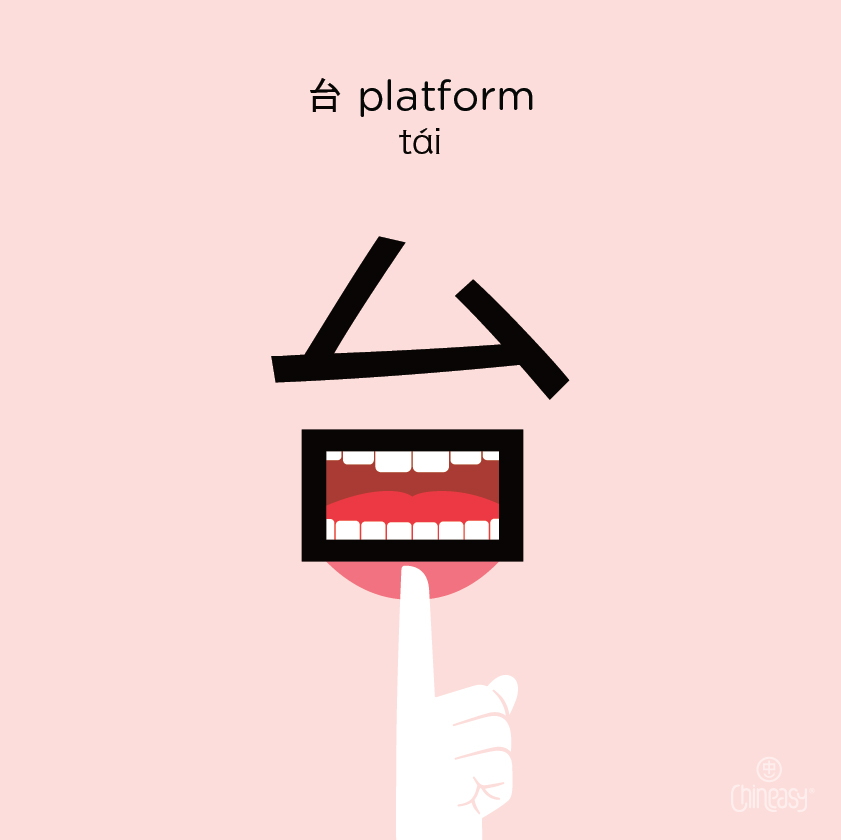 台 combines 厶 (private) and 口 (mouth). An orator is the sole person to stand on a platform and deliver a speech. 台 means “platform,” “stage” or a measure word for computers or machines. 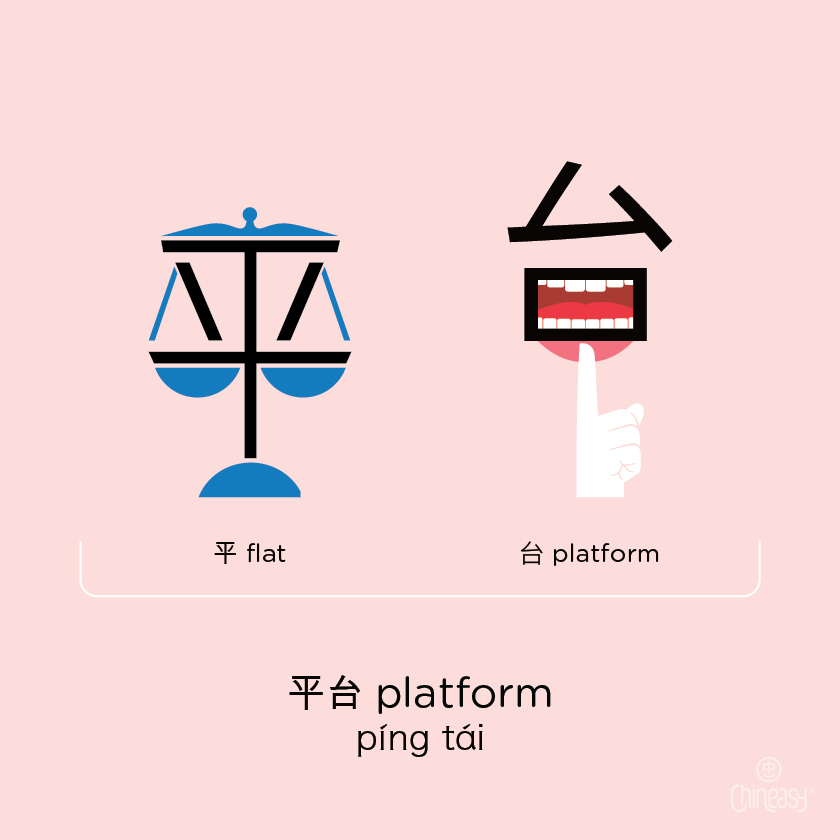 Although 台 can mean “platform,” however, the disyllabic/two-syllable word 平台 makes the meaning much clearer. In Chinese, 平台 can be referred to either network or mobile platforms, such as iOS or Android mobile platforms/operating systems. 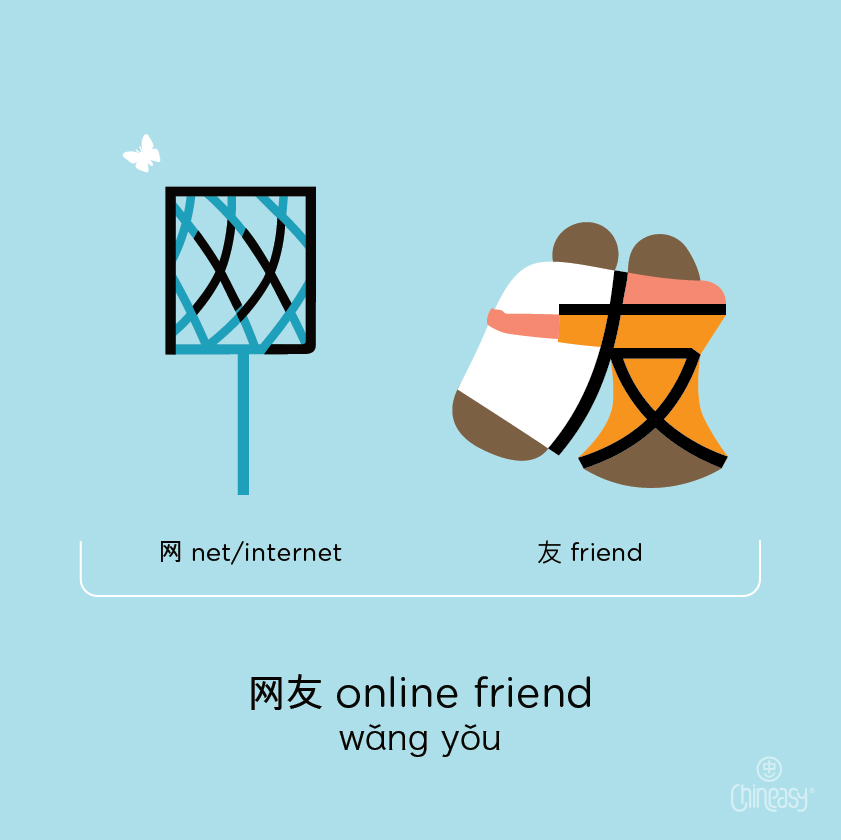 The term 网友 can also refer to “internet users.” The traditional form is 網友.

Here comes a relevant article: Talk about Social Media in Chinese on the topic of online friends. Don’t miss it!