Do you know any country names in Chinese? Country names don’t seem to be a trendy topic. However, they are super useful when it comes to self-introduction. After all, when introducing oneself, most people also tell others which “country” they are from. So, let’s start with those five common country names: USA, China, UK, France and Japan! 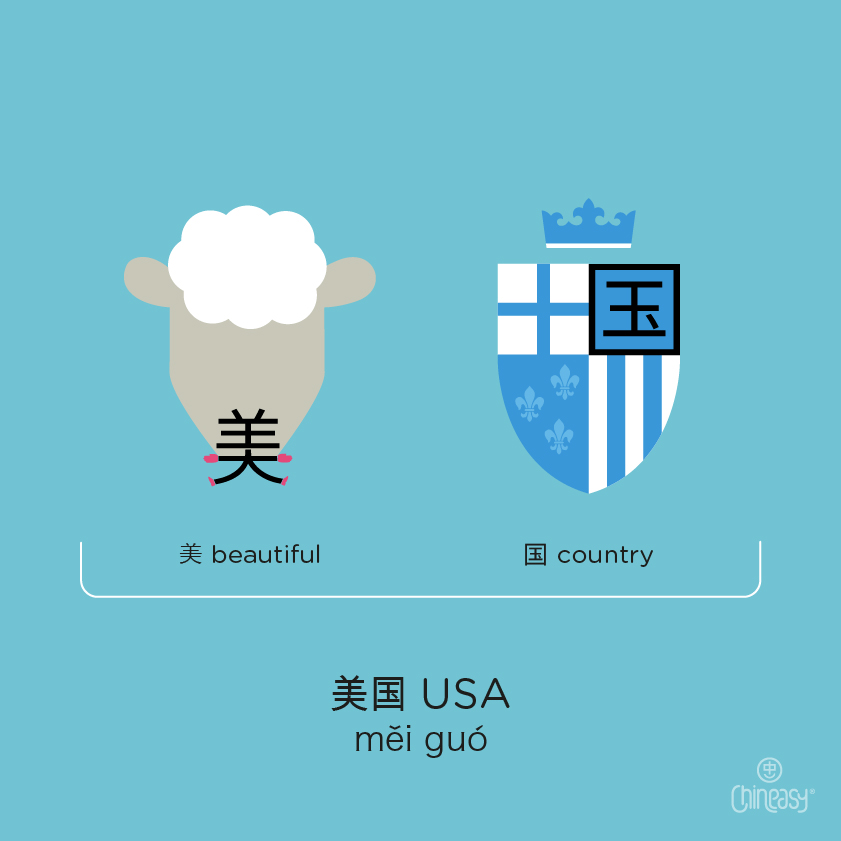 The character 美 (měi) is chosen because it sounds like the syllable “me” in “America.” And when people use the singular term America, they’re almost always referring to the USA. The traditional form is 美國. 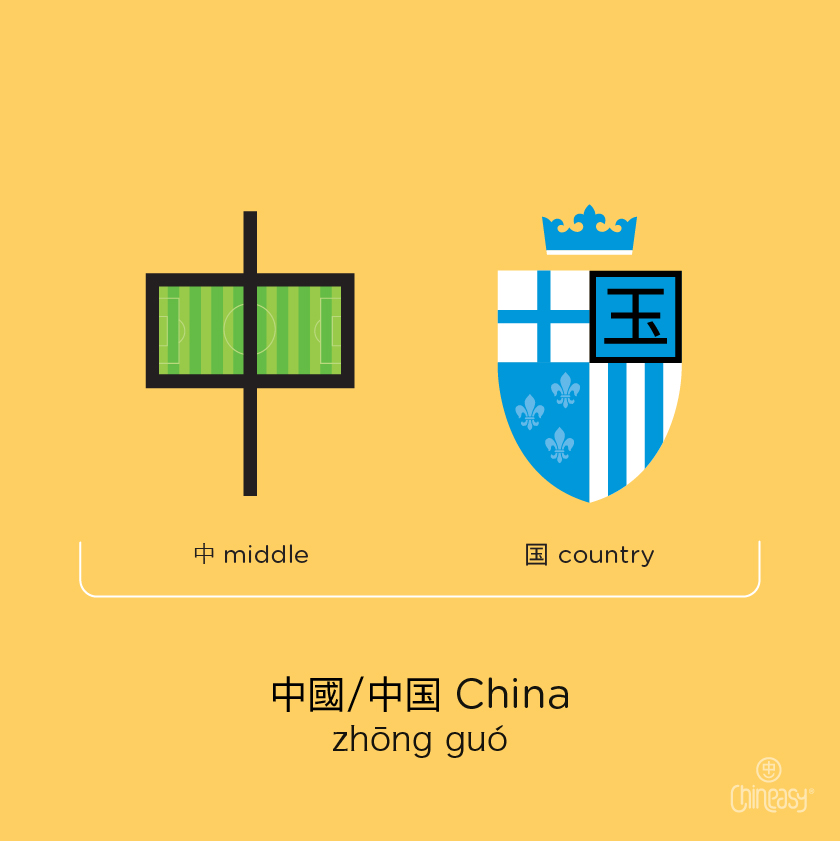 Historically, 中国 referred to the states on the Central Plain in China. It was not the country’s name until the 19th century. The traditional form is 中國.

Say 英 (yīng) as if you were saying “En” in “England.” Besides “UK,” 英国 is often used to mean England as well. The traditional form is 英國.

法 (fǎ) is pronounced like “fa” in “sofa.” Make sure you say it in a  low tone to sound like a native speaker. The traditional form is 法國. 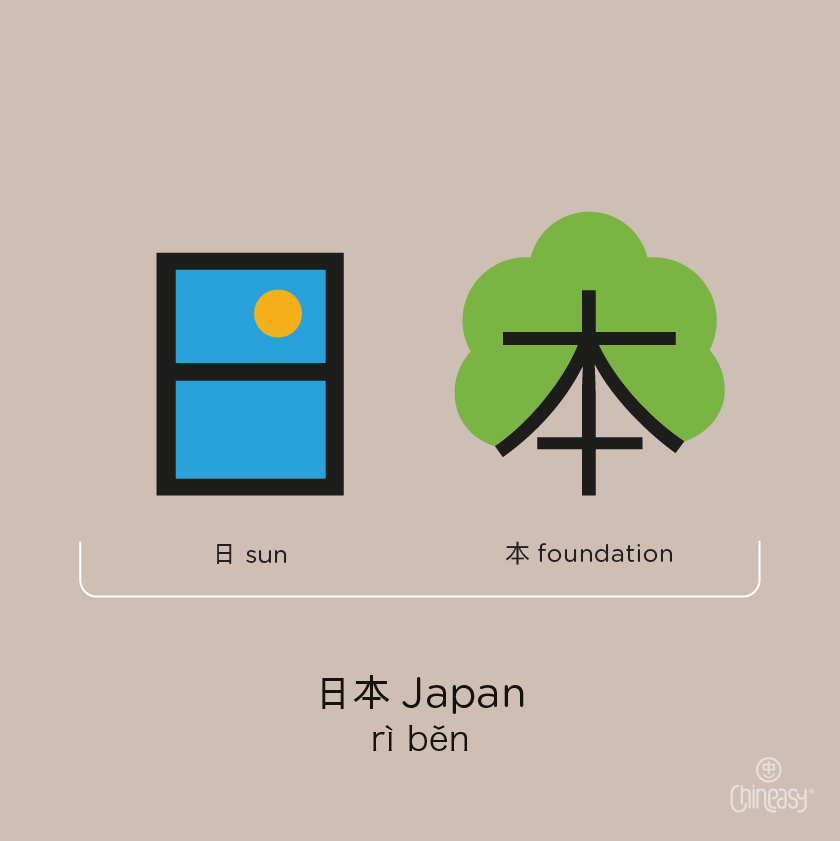 Do you know that the Japanese national flag contains a symbol of the rising “sun”? The pronunciation of 日本 in Chinese and Japanese are similar. Often, when translating a country name into Chinese, we choose sounds similar to that country’s name for itself.

Do you know any other country names? Let us know by tagging #Chineasy on Twitter or Instagram!