It’s true that a good breakfast will provide you with enough energy and consequently help you concentrate on your work. Chinese people are considered hard-working and diligent, and it’ll be interesting to find out what Chinese people eat for breakfast to keep themselves vigorous all day long. The answers will be given in this article. 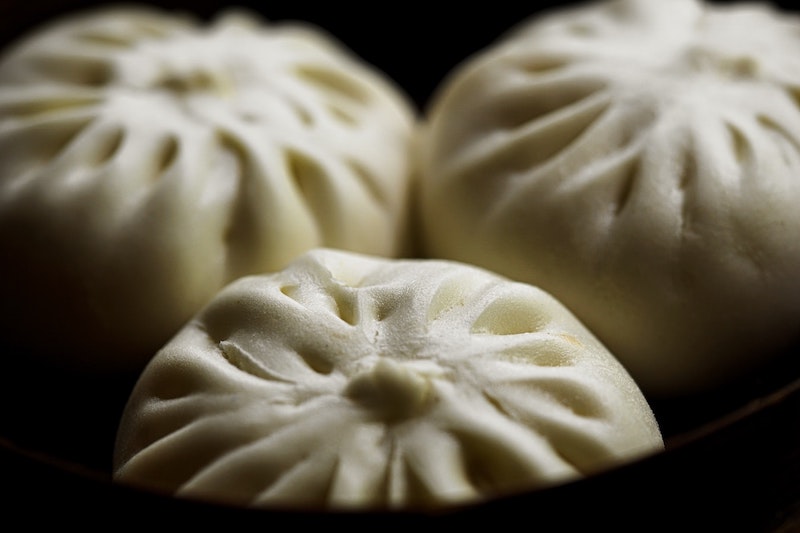 Steamed buns (包子 bāozi) are a very popular Chinese breakfast item. These buns usually present themselves as sweet or savory fillings wrapped in dough. A huge variety of fillings is what makes steamed buns an excellent choice for Chinese breakfast. In China, there are several methods of making steamed buns depending on the region, and varying in size and flavor. Crucial factors during the making of steamed buns such as leavening can directly affect their taste. The two most common types of steamed buns are meat buns (usually stuffed with pork) and vegetable buns. Yet Chinese kids love sweet fillings – such as red bean paste and custard. Many people choose to have one meat bun and one vegetable bun for breakfast, as it is considered nutrition-balanced. 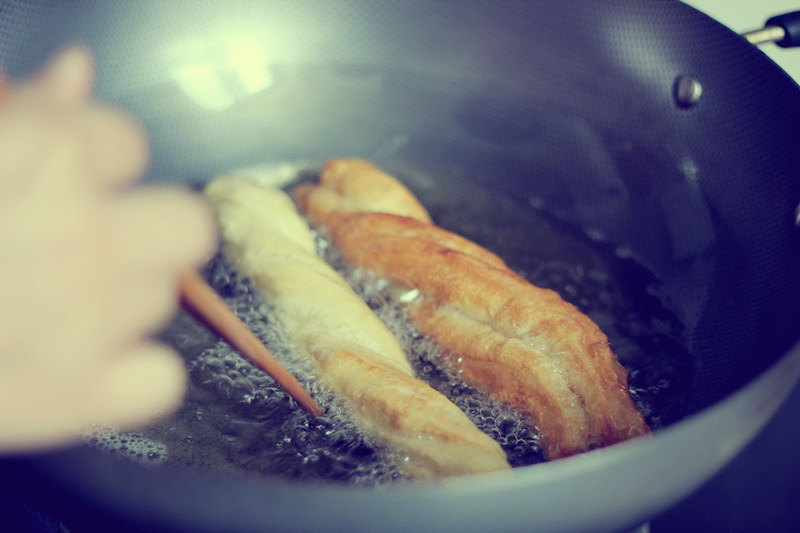 Deep-fried dough sticks (油條/油条 yòutiáo) are another type of traditional Chinese breakfast. As China has become more open to foreign cultures, deep-fried dough sticks obtained a posh nickname as “Chinese-style French baguette” in that their shape resembles a French baguette. As suggested by its name, the method of preparing 油條/油条 (yòutiáo) is to deep fry, which gives them a crunchy and springy texture when they are ready to serve.

Although deep-fried dough sticks are rather insipid, one of the reasons why they are so popular among Chinese people is that they go very well with soya milk. In fact, the smooth texture of soya milk perfectly neutralizes the dryness of dough and adds a flavor of fresh soybeans to its plain taste. Basically, there are three flavors (sweet, plain, salty) available for soya milk. Children in China often opt for sweet soya milk, whereas adults would choose plain or salty flavor as they are well aware of the fact that more and more Chinese people are now suffering from diabetes. 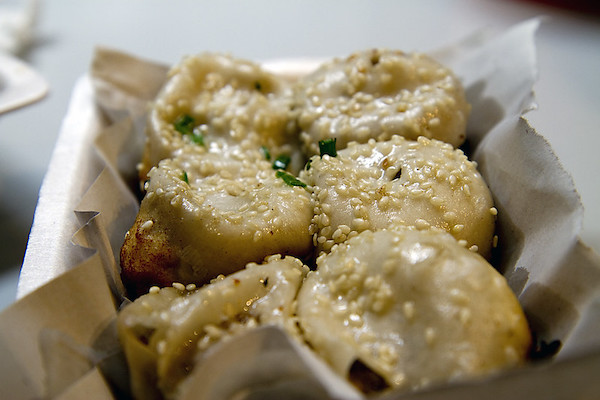 Pan-fried pork buns (生煎 shēngjiān) are what people from South China eat for breakfast on a weekly basis. 生煎 (shēngjiān) features a pan-fried bun stuffed with fresh pork and topped with sesame seeds. Pan-fried pork buns are small in size and are usually served four to six at a time. They’ve become extremely popular thanks to the juicy meat fillings and the crunchy base. There are various types of fillings available, with pork being the traditional one and hence the most popular choice. However, Chinese people are known for being innovative when it comes to culinary culture, therefore, shrimps, crayfish or chicken meat can also be used to prepare the fillings. 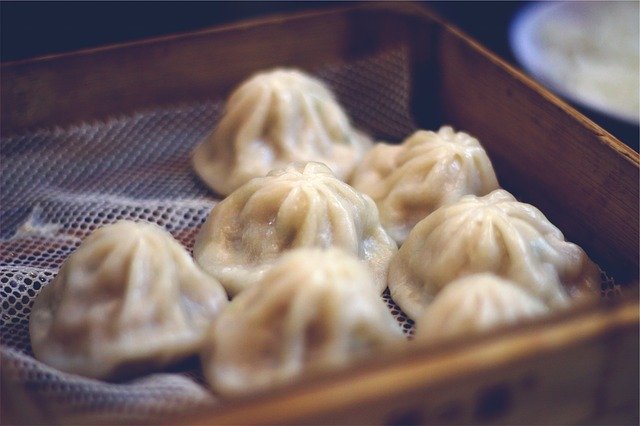 小籠包/小笼包 (xiǎolóngbāo) are a type of small steamed buns stuffed with pork. It’s very popular in East China, especially in Shanghai. The second character in its name “籠/笼 (lóng)” means “cage”, because the pork buns are usually steamed in cage-shaped bamboo steamers before they are ready to be served. The making of xiaolongbao requires intricate skills and even a small detail. Like how the dough is pinched at the top can have an influence on its overall flavor. Originated in Shanghai, xiaolongbao is something you must try if you happen to study or work in this fascinating metropolis. There are places selling these cute little steamed buns all day long on almost every corner. Thanks to that, choosing what to have for breakfast for locals is very simple.

Of course, there’re more things Chinese people might eat at the beginning of their day – rice congee, sticky rice rolls, noodles and wontons, crepes and many, many more. Food culture is an indispensable part of Chinese people’s daily life. Color, smell, and taste are the three elements which play an important role in Chinese cuisine, and even a simple Chinese breakfast would incorporate all these three elements.

That’s Mandarin is one of the oldest private Chinese schools in China. It was founded in Beijing in 2005 and has been growing ever since, with campuses in Beijing, Shanghai and Shenzhen. That’s Mandarin has been delivering excellence in Chinese teaching for over 14 years to more than 30,000 students of different nationalities. The school has plans to open more campuses in more cities soon, to share the knowledge and enthusiasm for Mandarin to more students in China and around the world.