So, have you used some of the cool expressions from our previous post? Better yet, what if we share more catchy phrases spoken by Chinese youth with you? Here we go! 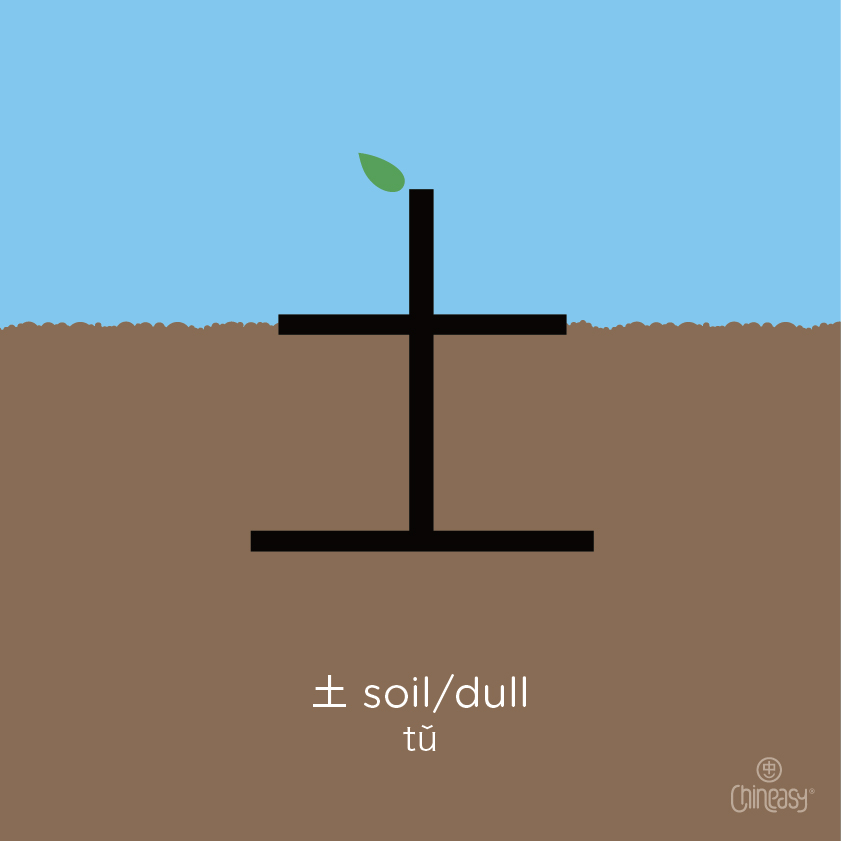 Initially, 土 depicted a lump of mud on the ground. Later, the lump became similar to the character for “ten” 十 and the ground indicated by the horizontal line 一. 土 means soil or ground.

It can be used as an adjective as well. When used to describe a thing, it can mean “native” or “locally produced,” for example, 土產/土产 (tǔ chǎn; local product). However, when applied 土 to describe someone, it refers to them not seeing the big world!

✨ If you want to learn more Chinese slang words, download our Chineasy app for free! Available in the App Store and Play Store! ✨ 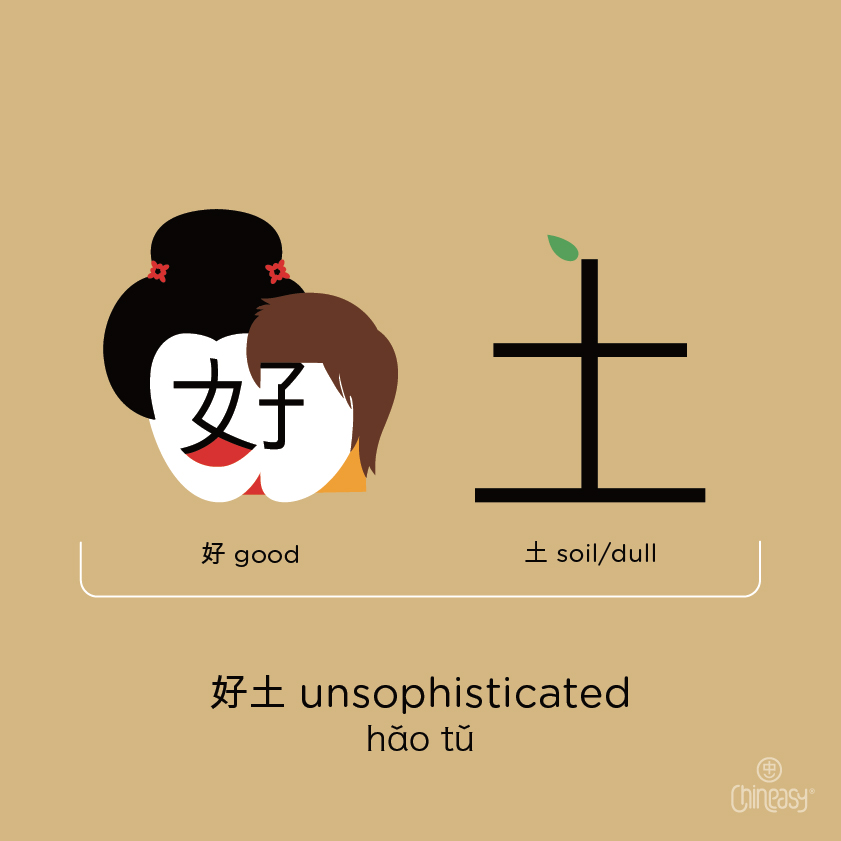 The phrase is commonly used to refer to someone who has bad taste in something, particularly in fashion or pop culture. Make sure you use this phrase cautiously because it can sound offensive to some Chinese people. 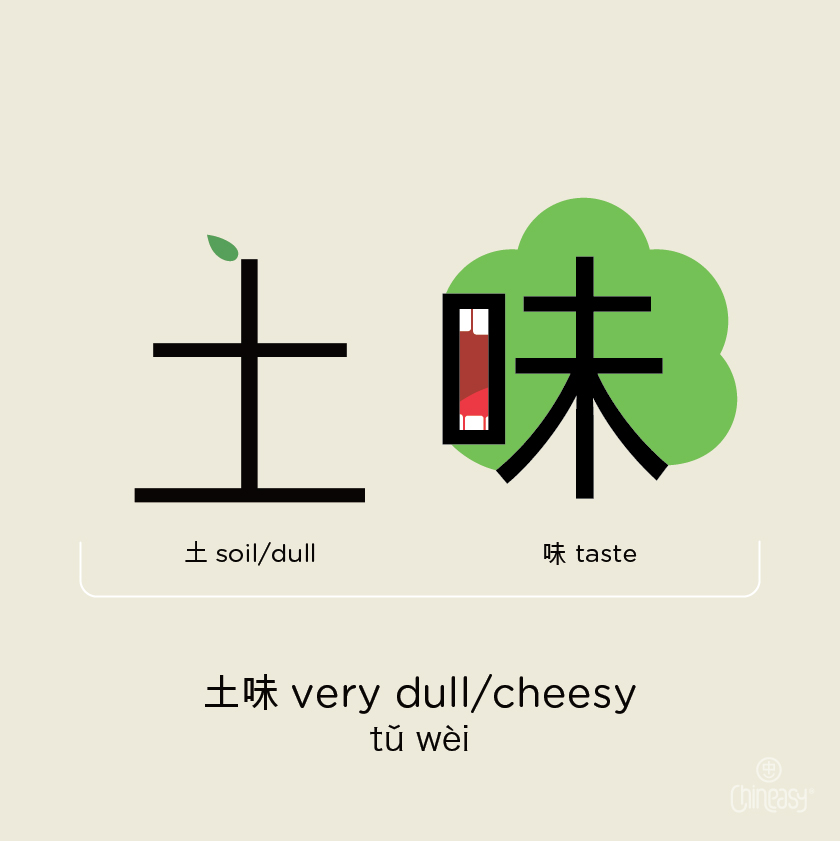 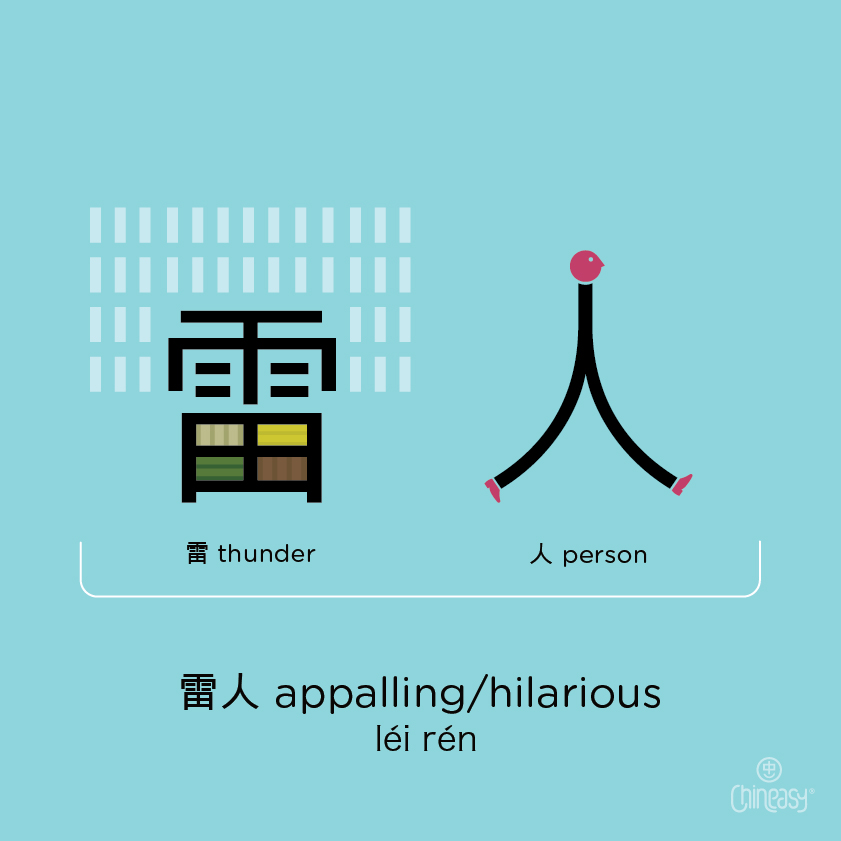 Take 雷 and add the oh-so-simple building block/character 人 (person), then we get this online slang 雷人 implying someone or something is shocking, appalling or shockingly hilarious. As you can see, this phrase is used as an adjective, and its meaning can be positive or negative depending on the context. 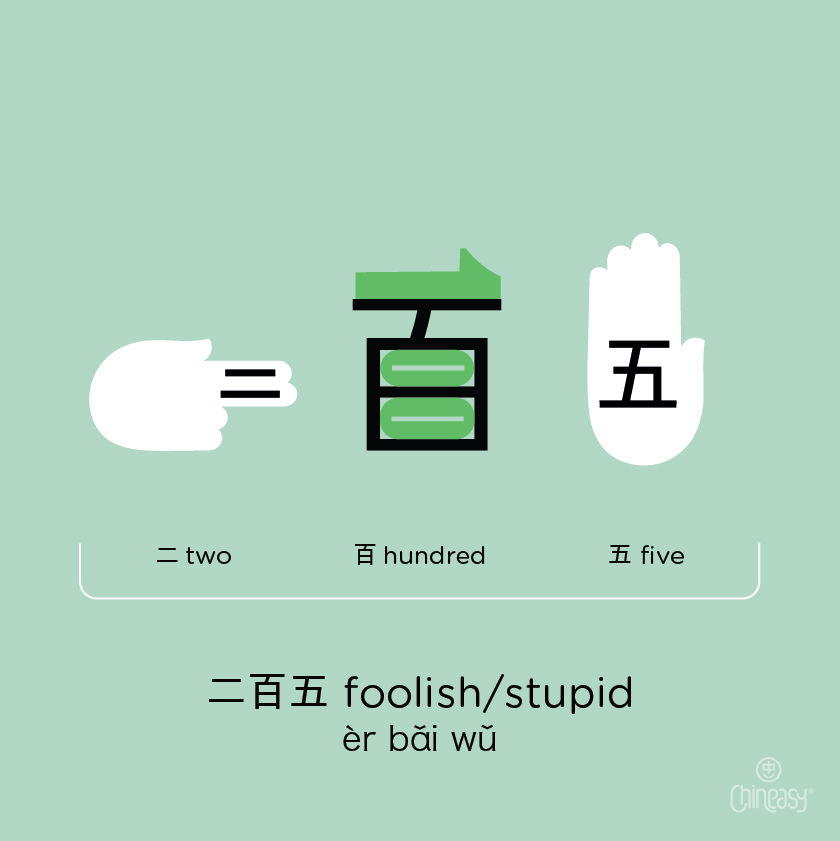 The phrase 二百五 (two + hundred + five) describes someone or something that is foolish. There are a few possible origins of this phrase. If you are interested in learning them all, you can check out the discussions on the page here.

Although the phrase can be used for joking purposes, it’s really down to the tone of the intonation used when saying the phrase out loud. It could sound insulting if you say it in a very harsh tone. So be careful when using the phrase.

You might also ask how to just say the number “250” in Chinese? In that case, you will need to say 二百五十 (two + hundred + five + ten). Add 十 at the end of the phrase 二百五 and it will be just a number!