Thanking the skies for the end of the autumn harvest, the Mid-Autumn Festival has heart-warming myths behind it.

In Chinese mythology, one legend has it that ten suns used to circle over the earth, and one day, all ten appeared together, setting the earth ablaze with their heat. Houyi (后翌), a brave archer, took down nine of them. In reward, he was given the elixir of immortality, but he kept it at home, because he couldn’t bear living without his wife, Chang-E (嫦娥): the beautiful goddess of the Moon. However, Fengmeng (逢蒙), who was jealous of Houyi’s archery, broke into his house whilst he was away, demanding Chang-E for the magical potion. She refused and drank it herself. Flying up to the summit of heaven on the fifteenth day of the eighth moon, she decided to reside on the moon. Missing his beloved one, Houyi collected Chang-E’s favourite fruits and cakes, as a sacrifice to her. And so the begun the festival, with young Chinese girls praying to Chang-E. To this day, there is an open-air altar where you can put your fruits and cakes, and pay homage to this tale. So, the next time you look through your telescope, see if you can spot Chang-E sitting on the moon, gazing down on the quiet earth!

As one legend goes, once upon a time, three immortals reincarnated as poor old men, begging for food from a fox, monkey and rabbit. The fox and monkey gave food to the beggars, but the rabbit didn’t have anything to give. The rabbit said to them, “You can eat me,” and jumped into the fire. The men were so startled by the rabbit’s selflessness that they sent it to the moon to become an immortal jade rabbit. Now crushing immortal medicine for those in heaven, the jade rabbit lives with Chang-E at the Moon Palace. 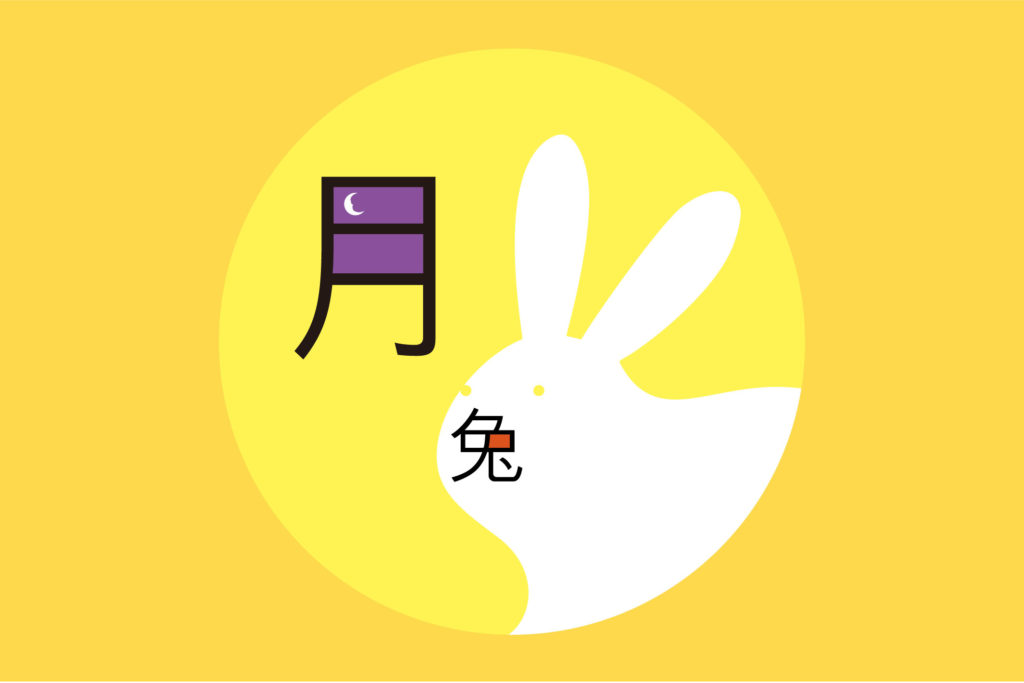 月 (yuè) means the moon and the month. For example, 一月 (yī yuè) is January, the first month.

When you look at the shadows on the moon, can you spot Wu Kang cutting down the cassia tree? As the myth goes, Wu Kang hungered for the elixir of immortality. The gods became angry with his impatience and sentenced him to a grueling task: he must chop down the cassia tree on the moon before he goes back to earth. But this magical tree restored itself every time! In this eternal struggle of fate and denied atonement, Wu Kang is forever chopping down something that grows back straight away: the most devastating lesson of patience.

Which festival-fantasy is your favorite? To me, it’s just amazing to think how the moon has inspired such captivating stories, and how they are such an integral part of Chinese culture. Sometimes, maybe it’s what seems the haziest and distant that connects the most deeply with our human spirit.