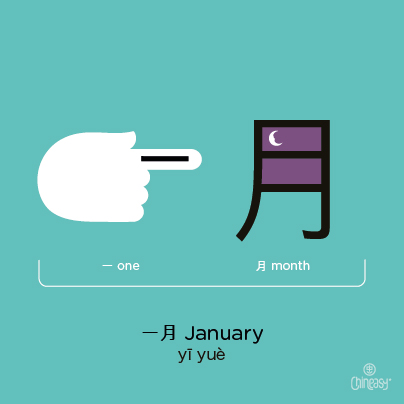 We’ll start with January, of course! To write the month in Chinese, we take the number of the month and then add the character 月 (yuè), which means “moon.” In the traditional calendar, months are measured by the phases of the moon. Therefore, one lunar cycle is one month. So even though we are talking about Gregorian months here, you can remember each month as “one moon cycle,” “two moon cycles,” etc.  The Chinese character for one is a simple horizontal line, i.e. 一. 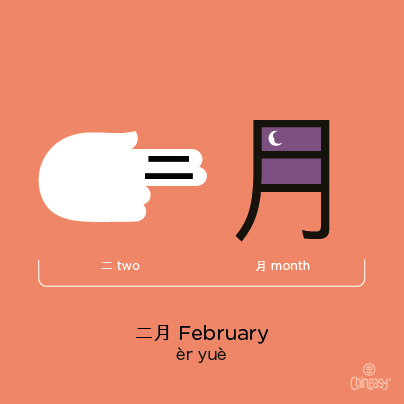 Did you know that the name “February” comes from the Latin “februum,” which means “purification”? You can find more interesting historical names for February here: http://bit.ly/1dEOkYw (including “Solmonath,“ which meant “mud month”! Hehe!) 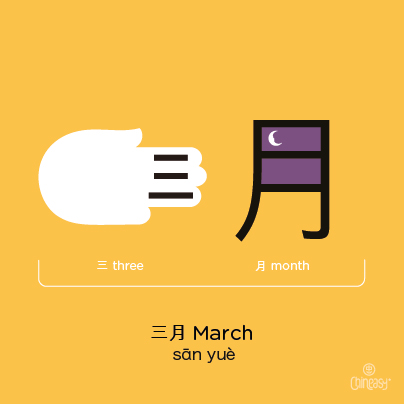 The character 三, by the way, continues the simple pattern of 1 (一) and 2 (二) by adding a third stroke. Just like the others, it also dates to the oracle-bone scripts. 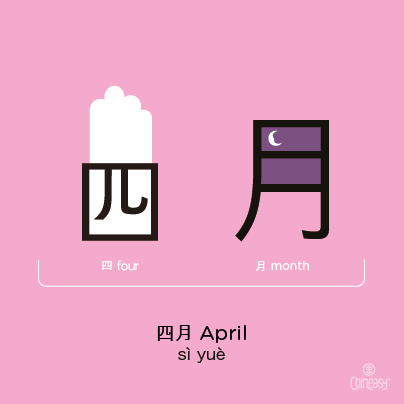 You guys know that the characters 一, 二, and 三 are really easy to write and even easier to speak. The number 四 (four) is where things start getting interesting! If you’re struggling to remember how to draw this character, you can just think about eating pie. Doesn’t this character look a bit like the number π (Pi) inside a 口 (mouth)?? 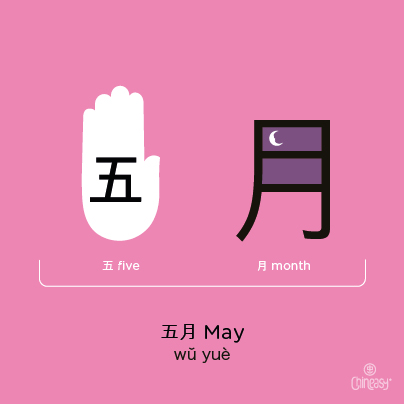 Originally, the character for “five” looked like 二 (two) with a cross “乂” in-between, indicating the intersection between sky and earth. Today, the two horizontal lines remain, and “five” has become “五.” And the Chinese word for the month May is as straightforward as the previous ones, just take the number 五 (5) plus 月 (yuè), 五月. 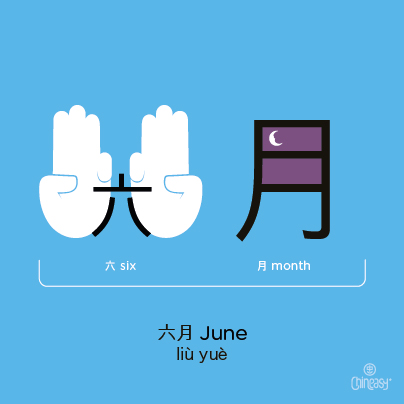 As for the number 六 used in 六月, its origin is rather interesting. In the oracle-bone scripts, 六 was a pictograph of a hut. It just so happens that the Chinese word for “hut,” and the word for “six” sound the same. So, to make things efficient, the same character was used for both. Eventually, the character 六 became so strongly associated with the number six, that another character had to be created to symbolize “hut.” Now, 六 is used exclusively to mean “the number six.”

Download the Chineasy app now to learn more words related to months and dates in Chinese. 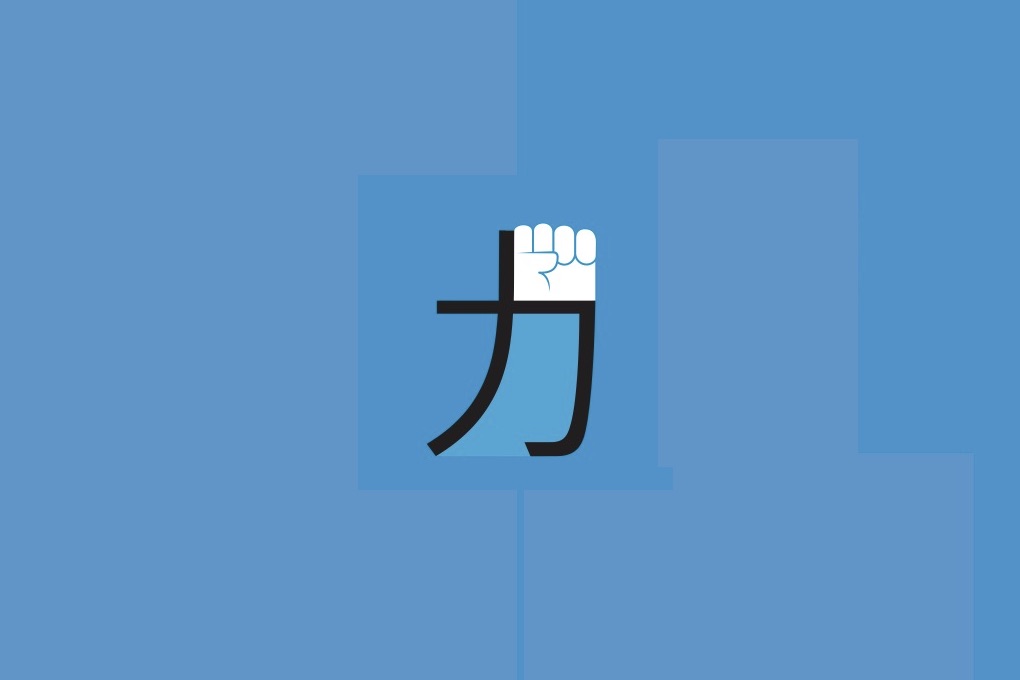 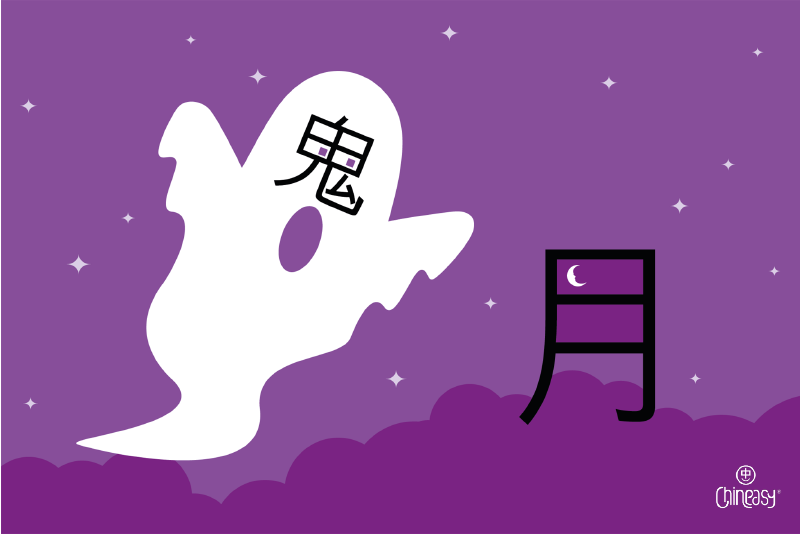 What Is Your Style Of Travel?