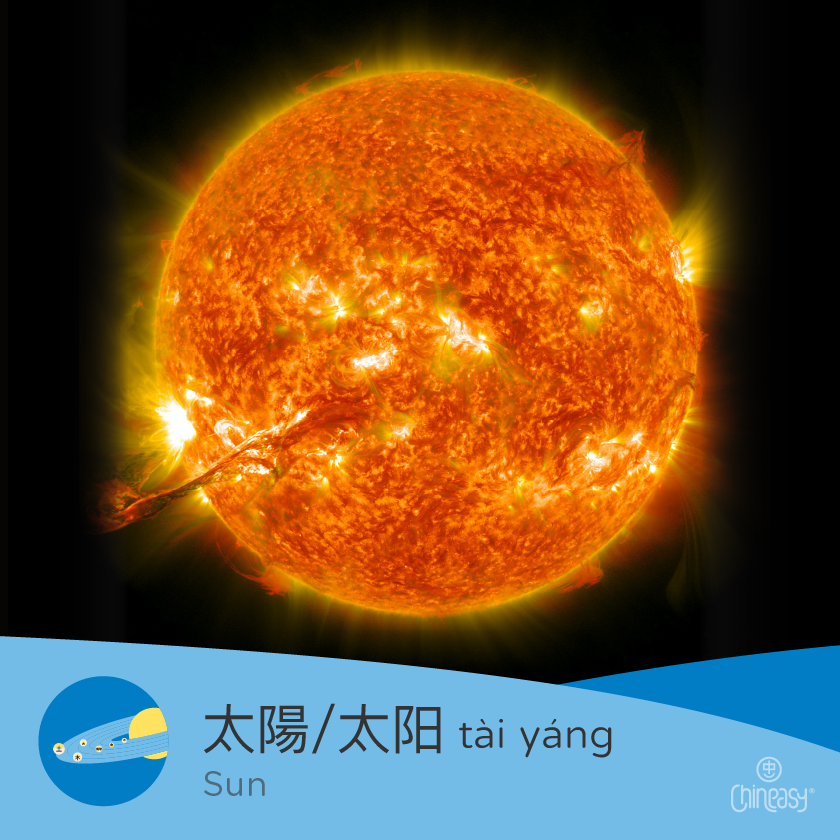 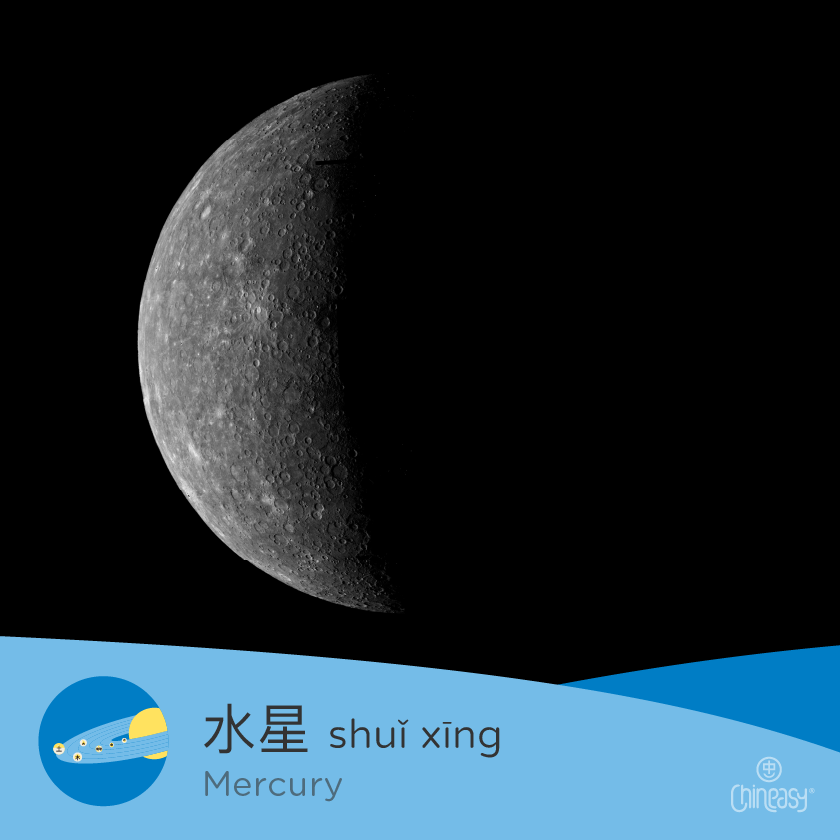 Combining “water” and “star,” we get Mercury. Mercury is the smallest planet in our Solar System and also the closest planet to the Sun. 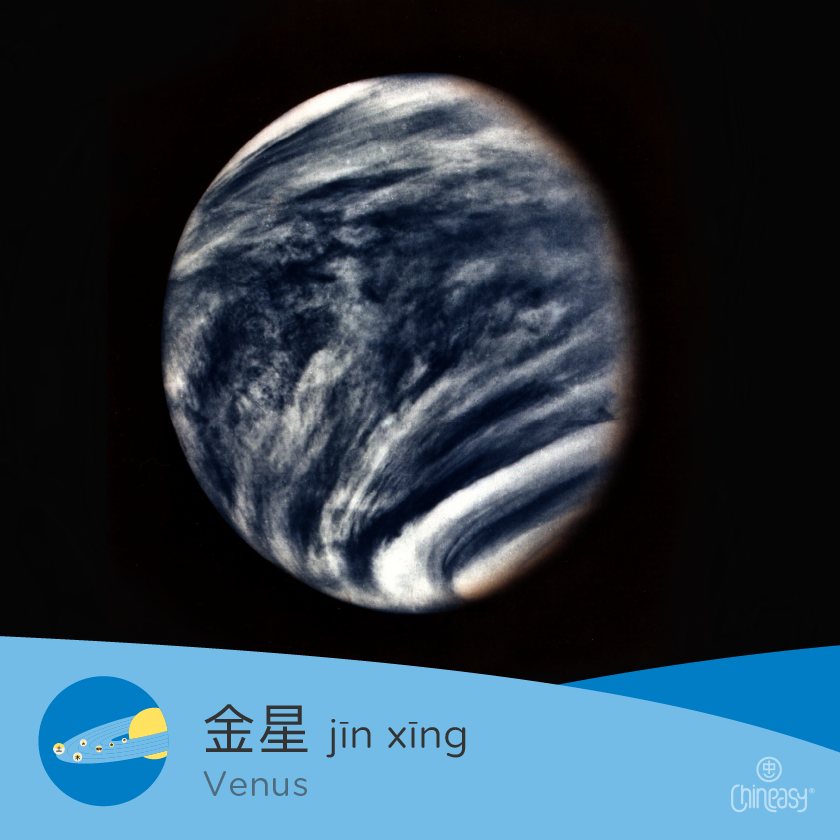 What about “gold” and “star” put together? We get Venus. We like to imagine that to the Chinese ancestors’ eyes, Venus looked mostly like a “gold star” in the sky. 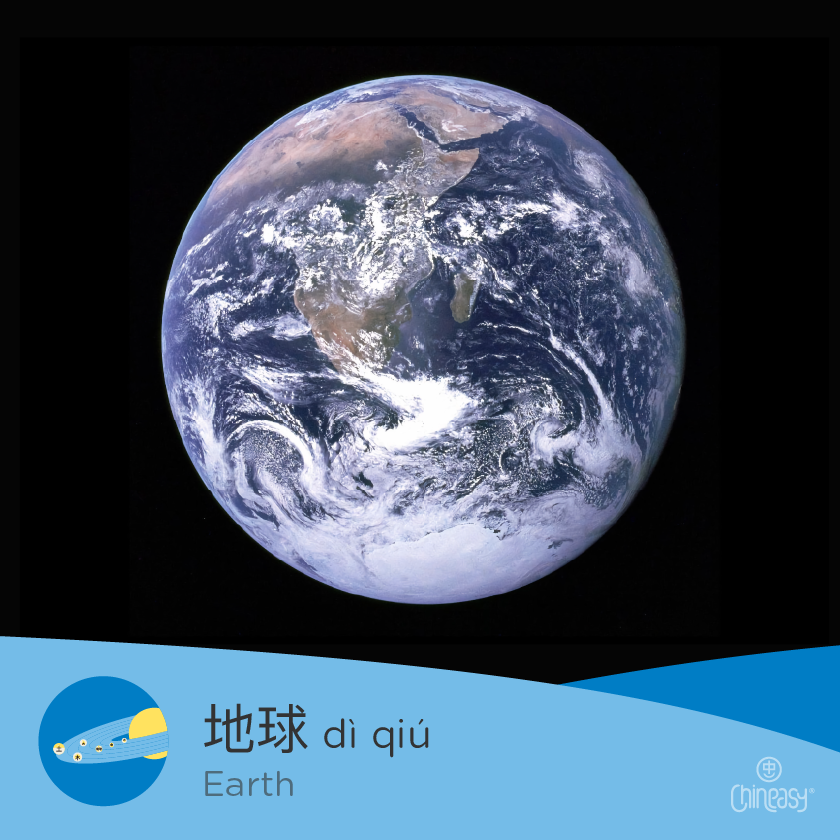 Earth, interestingly, isn’t ended with 星 (star; xīng) character, which is pronounced in the first tone. Instead, the Earth is translated to 地球 (earth + sphere) in Chinese. It is the only planet with life as we know it. Do you think there is intelligent life on other planets? Such as aliens who are called 外星人 (wài xīng rén) in Chinese, literally “outer planet person.” 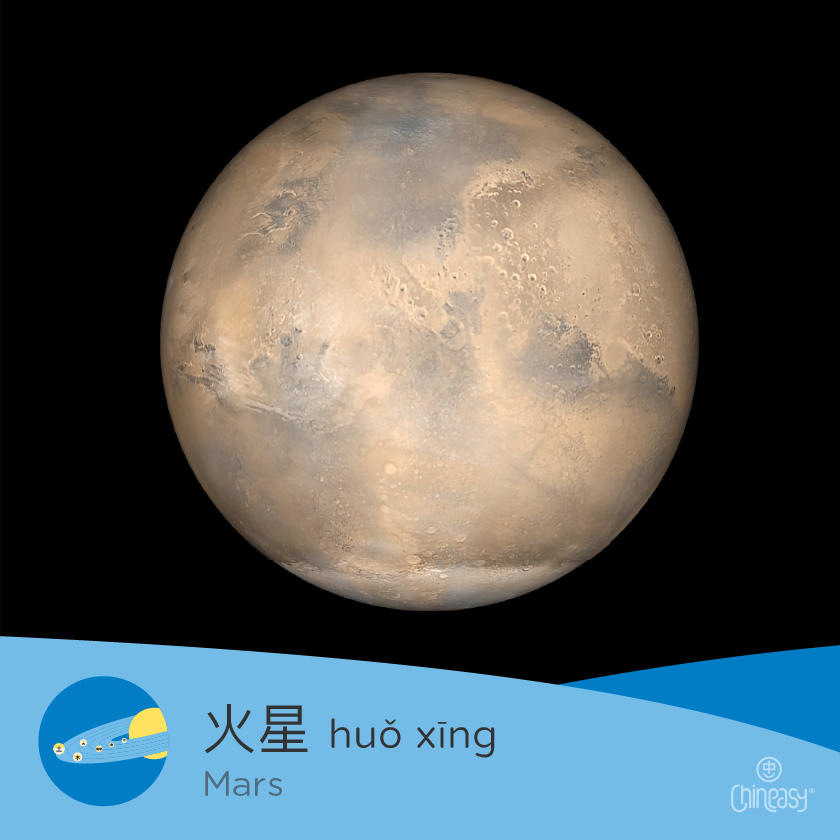