What do you want to know when meeting a Chinese person for the first time? To start with, you might want to know his/her Chinese name. Like many cultures, Chinese names consist of a surname and a given name. Having a basic understanding of Chinese surnames, such as the most common Chinese family names, could be good icebreakers that lead to meaningful conversations with your new Chinese friend.

More than 20,000 surnames have been recorded; however, only around 4,000 are still actively used in modern China. The vast majority of Chinese surnames are one syllable; in other words, one character. The plural family names, i.e. the ones with two or more characters, are rare. In addition to that, you cannot know about Chinese surnames without knowing the classic book The Hundred Family Surnames, aka 百家姓 (bǎi jiā xìng; hundred + family + surname) in Chinese. The book compiled the very first list of the top 100 Chinese surnames in the early Song dynasty (960-1279). Since then, the list has been updated numerous times based on the top 100 surnames at the time of recording.

Let’s start with the one which has the fewest strokes, 王. 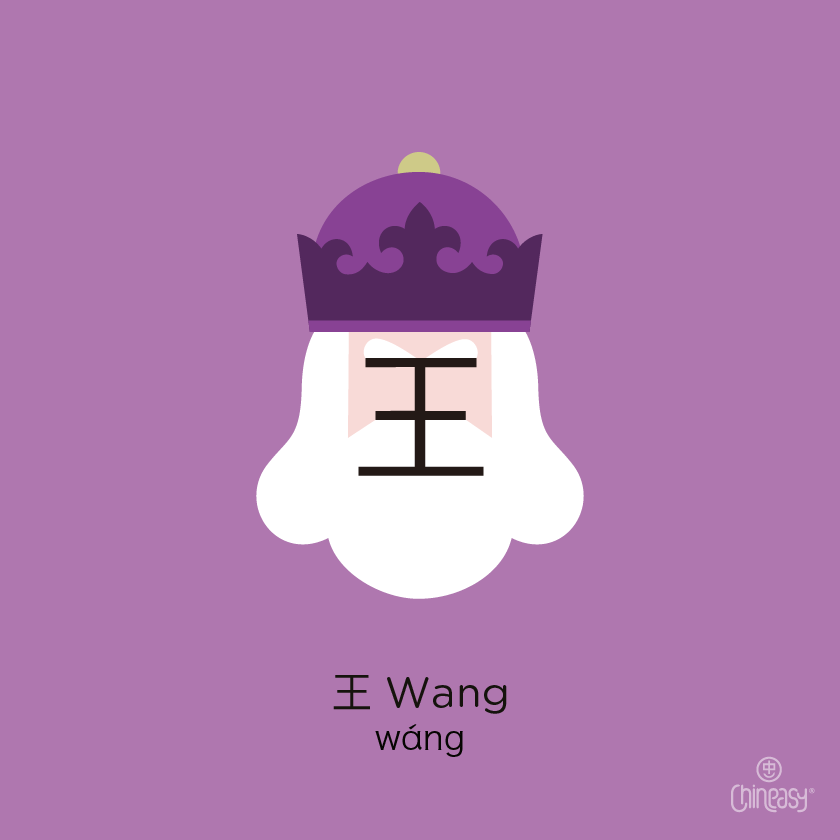 According to the most recent national census taken by the China government, the surname 王 ranks the No. 1 surname, with 101 million people sharing this surname! So it won’t be such a coincidence if any of your Chinese friends/colleagues’ surnames are the same. In English, the surname 王 goes by the spelling either Wang or Wong.

When not used as a surname, 王 means “king.” Just think this—the three horizontal lines in 王 represent heaven, human life, and Earth, respectively, and the vertical line is the king who connects those three different realms. 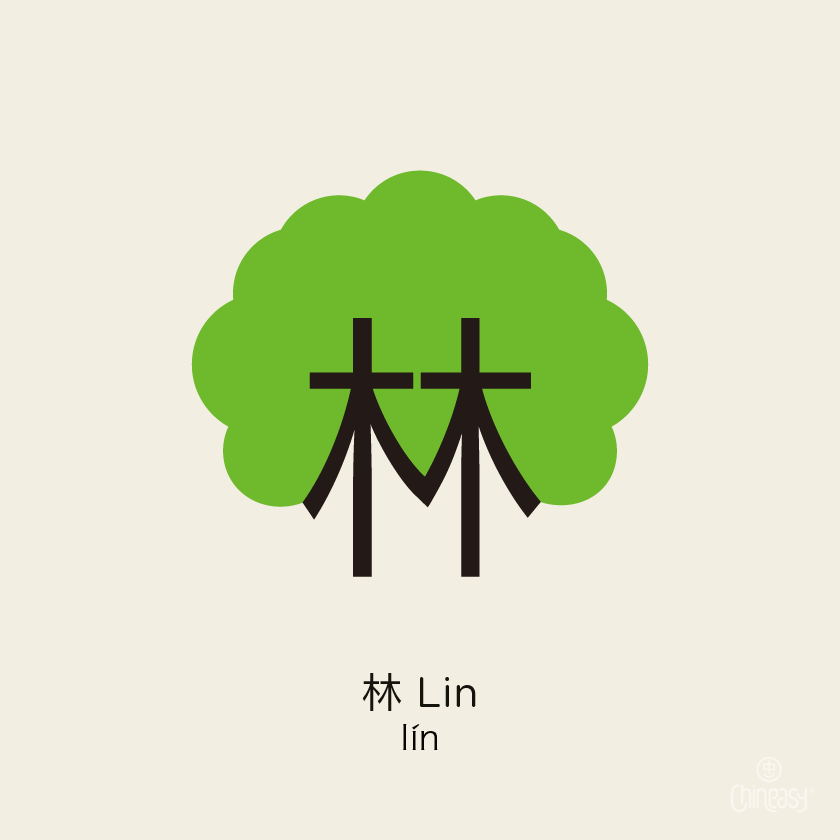 The surname 林 takes the 18th position in the list. However, outside of China, it’s the second most common surname of Chinese descent in Singapore. This surname can also be seen in the family name Hayashi, a Japanese surname. When writing Hayashi in Kanji (one of the writing scripts used in Japanese), it’s written as 林. The surname can be spelled as Lin, Lim or Liem in English.

When not used as a surname, 林 means “woods” or “forest.” It’s pretty simple as two trees side by side suggests the meaning.

Would love to understand the other three popular surnames in Chinese? Download the app right away to enjoy reading a variety of topics of posts!