The Earth is home to some of the most majestic and awe-inspiring natural wonders in the world, and none are more impressive than its grand mountains. From the highest peak on the planet, Mount Everest, to the iconic and beautiful Mount Fuji, these towering peaks offer a glimpse into nature’s raw power and beauty. In this post, we will explore five of the greatest mountains on Earth, including Mount Everest in Nepal, Mount Fuji in Japan, Yellow Mountain in China, Kilimanjaro in Africa, and the Alps in Europe. 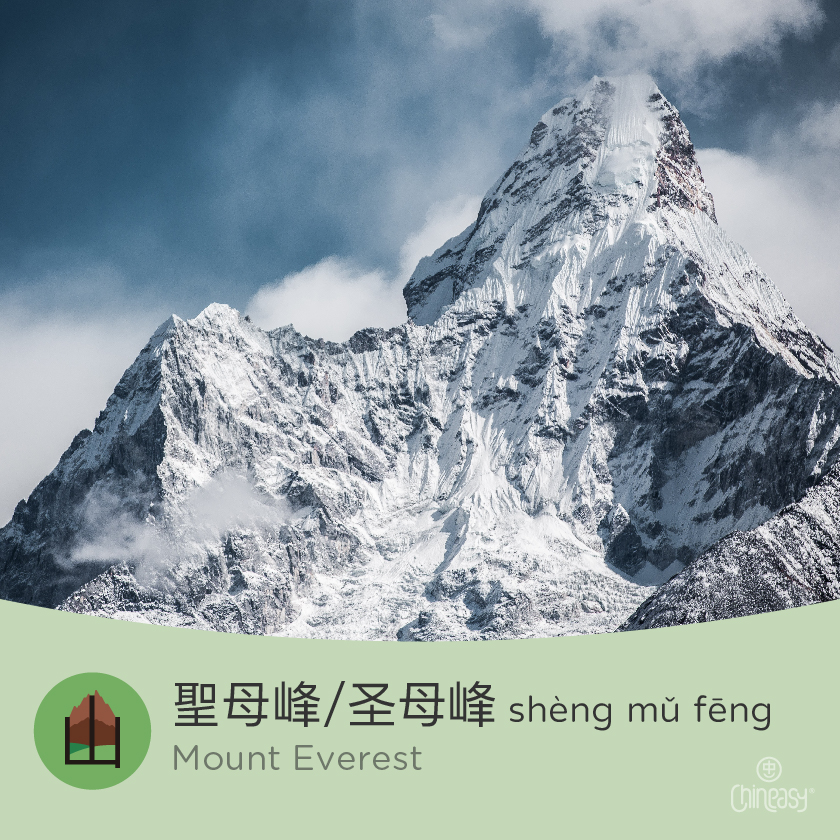 Mount Everest: Known as the “Roof of the World,” Mount Everest is the highest peak on Earth, reaching an elevation of 29,029 feet. Located in the Himalayas, on the border of Nepal and Tibet, Mount Everest has long been a destination for climbers and hikers from around the world. The climb to the summit is considered one of the most challenging and dangerous in the world, with thin air, treacherous ice and snow, and unpredictable weather conditions all making the climb a formidable one. However, the view from the summit is said to be one of the most beautiful in the world, with a panoramic view of the Himalayas and the surrounding landscape.

✨ If you want to learn more Chinese words related to famous mountain ranges around the world, download our Chineasy app for free! Available in the App Store and Play Store! ✨ 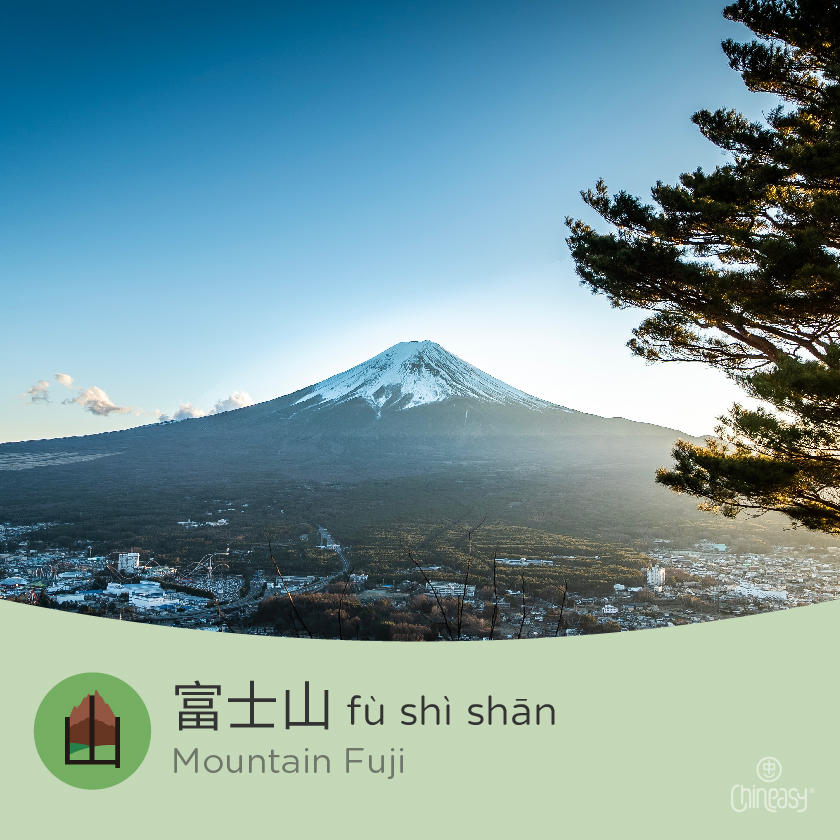 Mount Fuji: Known as the “sacred mountain”, Mount Fuji is the highest peak in Japan, located on the island of Honshu. It is an active volcano and a popular destination for climbers and hikers. The mountain is also an important cultural symbol in Japan and is featured in many works of art and literature. Climbing season is typically from July to August, with the best time to climb being in the early morning to catch the sunrise from the summit. 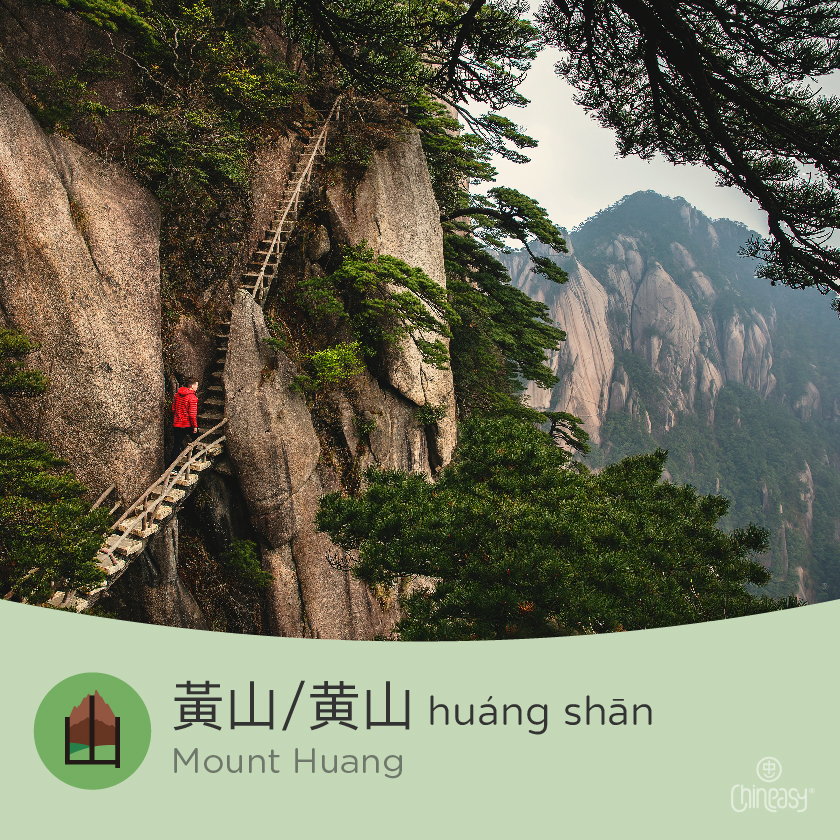 Yellow Mountain: Known as “Huangshan” in Chinese, Yellow Mountain is located in the Anhui province of China. It is known for its stunning natural beauty, including its peculiarly-shaped granite peaks, hot springs, and seas of clouds. It is also a UNESCO World Heritage Site and has been a famous spot for Chinese landscape painting for centuries. The best time to visit the mountain is in the winter when the snow-capped peaks and ice sculptures are at their most spectacular. 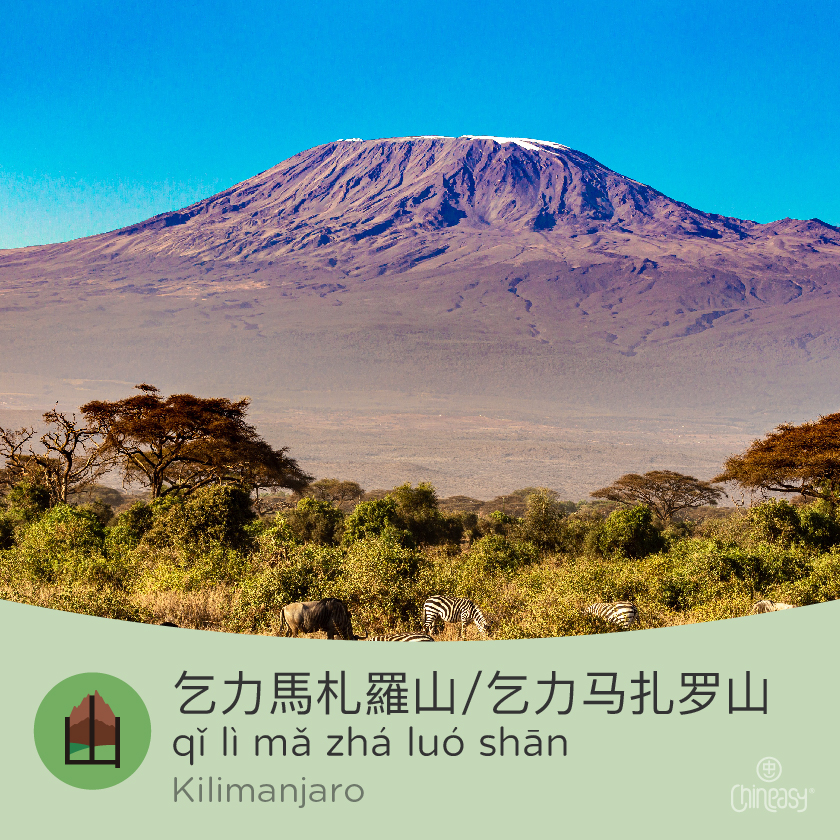 Kilimanjaro: Known as “The Roof of Africa”, Mount Kilimanjaro is the highest peak on the African continent, with its three volcanic cones, Mawenzi, Shira, and Kibo, rising to a height of 19,341 feet. It is located in Tanzania and is the highest freestanding mountain in the world, meaning it is not part of a mountain range. It is also the highest point in Africa and the highest point of elevation that can be reached without technical climbing. The mountain is a popular destination for hikers and climbers, with several routes to the summit, each offering a different level of difficulty. 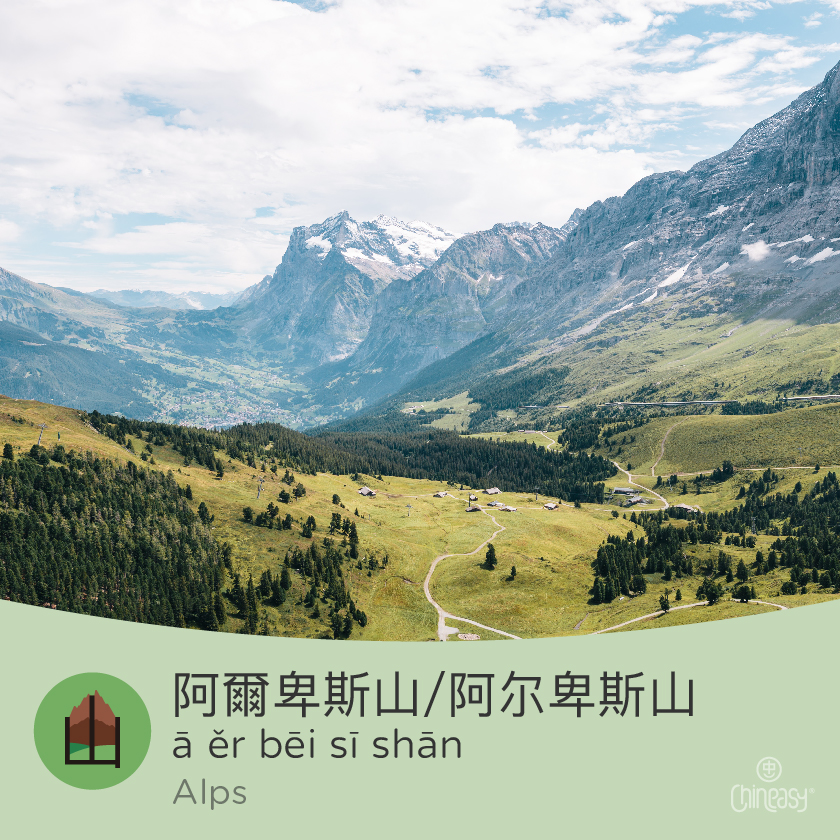 The Alps: The Alps are a mountain range that runs through several European countries, including France, Switzerland, Italy, Austria, and Germany. They are among the most famous and recognizable mountain ranges in the world, known for their stunning natural beauty, skiing and hiking opportunities. The Matterhorn is one of the most famous peaks in the Alps, known for its distinctive pyramidal shape. The Mont Blanc is the highest peak in the range, with an elevation of 15,781 feet. The alps are also a popular destination for outdoor sports, including skiing, snowboarding, hiking, and mountaineering, in the summer and winter months.

The mountains we’ve discussed in this post are just a small selection of the many incredible peaks found around the world. Each one offers a unique and challenging experience for hikers and climbers, as well as stunning views and the chance to connect with nature. Whether you’re an experienced mountaineer or a beginner, we hope this post has inspired you to explore the incredible world of mountains and find your own adventure. Remember to always be prepared and stay safe on your journey. Happy climbing!