An appreciation of the Chinese zodiac is a key insight into the cultural identity of China, as a reflection of ancient tradition. According to creator of Chineasy ShaoLan’s TED talk in 2016, a quarter of the world’s population is influenced by the Chinese zodiac, so even if you view it as mere superstition, it is worth getting to grips with what it represents, as it is more prominent in the world and decision-making than you first might think. The zodiac is a view of someone’s personality, career prospects, and private life, by linking twelve animals to a cycle of twelve years: from the rat to the pig. Unlike the Western zodiac, it is not based on constellations and is founded upon years, rather than months.  Each animal is characterized by its own qualities, strengths, and weaknesses: personified in those born in their year.

The influence of the zodiac:

The ancestors based much of their lives and decisions on yin and yang, the five elements, and the twelve animals of the zodiac. This tradition has carried through all the way until now, affecting some people’s decisions on naming children, when to give birth, and people’s innate attitudes and interactions with others. Some Chinese people even plan when they give birth according to which animal of the zodiac they would like their baby to be born into! For example, the dragon is often seen as the superior animal, symbolizing power and wealth, so in 2012 – the year of the dragon – there was a 5% increase in birth rate in China, Hong Kong, and Taiwan: that is, one million more babies! There was also an increased proportion of boys being born that year: a 120:100 ratio of boys to girls. In the same way, the birth rate decreased significantly in the years of the tiger: an animal associated with an unstable temperament. The zodiac is also important in how people intrinsically react with others. For example, pigs are said to have perfect romantic relations with the tiger, goat, and rabbit, and some animals are natural born enemies. Personally, I am a snake, and some believers in the zodiac uphold that pigs do not get on well with snakes, and similarly, rabbits do not get on well with roosters. Playing a role even in such major decisions as a stock market investment, the global economy, and politics, the Chinese zodiac clearly has a bigger impact than first perceived, and gives us a fascinating insight to how the Chinese people think.

How did the zodiac begin?

The Chinese zodiac is a twelve-year cycle, based on Jupiter’s orbital period: the largest planet of the solar system. In Chinese mythology, one story of how this came about was from a time long ago, when all the animals of the kingdom were invited to a New Year celebration. The Jade Emperor held a competition, testing the animals’ intelligence and physical skill, with an elephant as the judge! The winners were announced: the rat, the ox, the tiger, the rabbit, the dragon, the snake, the horse, the sheep, the monkey, the rooster, the dog, and the pig. And this became the order of the Chinese zodiac.

In Chinese astrology, there are also animal signs assigned by month (inner animals), day (true animals) and hours (secret animals). For example, somebody born in the year of the Dragon might be a snake internally, an ox truly, and a goat secretively. In my opinion, this reflects the countless dimensions of our identity and existence, and how we live much more deeply than what may first meet the eye of others. 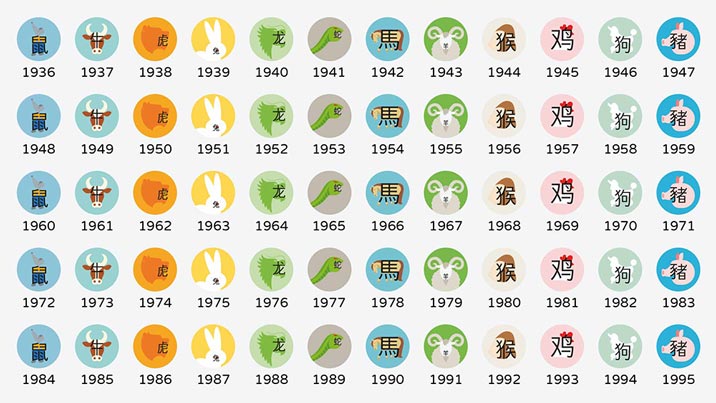 So what does the zodiac reveal about Chinese culture?

It is important to appreciate how this zodiac is not confined to China and is often equally influential in countries such as South Korea, Japan, Mongolia, Nepal, Vietnam, Sri Lankan, Bhutan, Cambodia, Laos, and Thailand. For me, the zodiac offers a sense of union between people, and – in the bloodstreams of our identities and underneath the apparent coincidences of our existence – there exists a primordial interconnectedness and a common purpose between all of us.

Which animal are you? This Chinese New Year, we are celebrating the year of the Pig, whose people are seen to be happy, easygoing, honest, trustworthy, intelligent, sincere and brave.