You may have heard the role of natural selection in human evolution. However, scientists also believe how environmental conditions, particularly weather/climate may have also contributed to developments in human origins.

The adaptation like this also impacts human language. In the beginning, there weren’t many words related to weather. Throughout time, our ancestors observed nature and invented a wide range of vocabulary/expressions for the weather.

In the Chinese language, all-weather words generally have one or more of the following characters: 天 (sky/day), 气 (air), 雨 (rain), 云 (cloud), 风 (wind). You’ll get off to a good start by learning those basics first!

In the oracle bone script, 天 depicted a person with a head. Later, the head became a straight line representing the sky above one’s head. Imagine a man standing under a huge expanse of sky, opening his arms. 天 can also mean “day” or “heaven.” 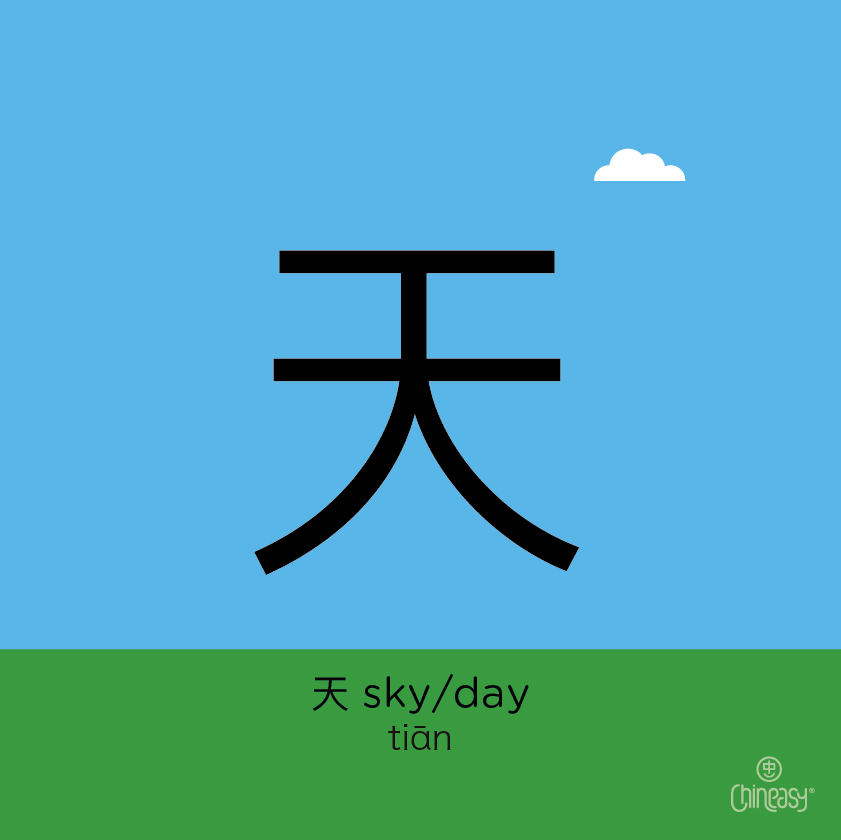 Initially, the character 气 was an illustration of steam/vapor rising and meant steam. Later, the meaning has been extended to “air,” “anger” or the vital energy as the Qi in Qigong (pronounced “chee-gong”) – a type of Chinese martial arts. The traditional form is 氣. 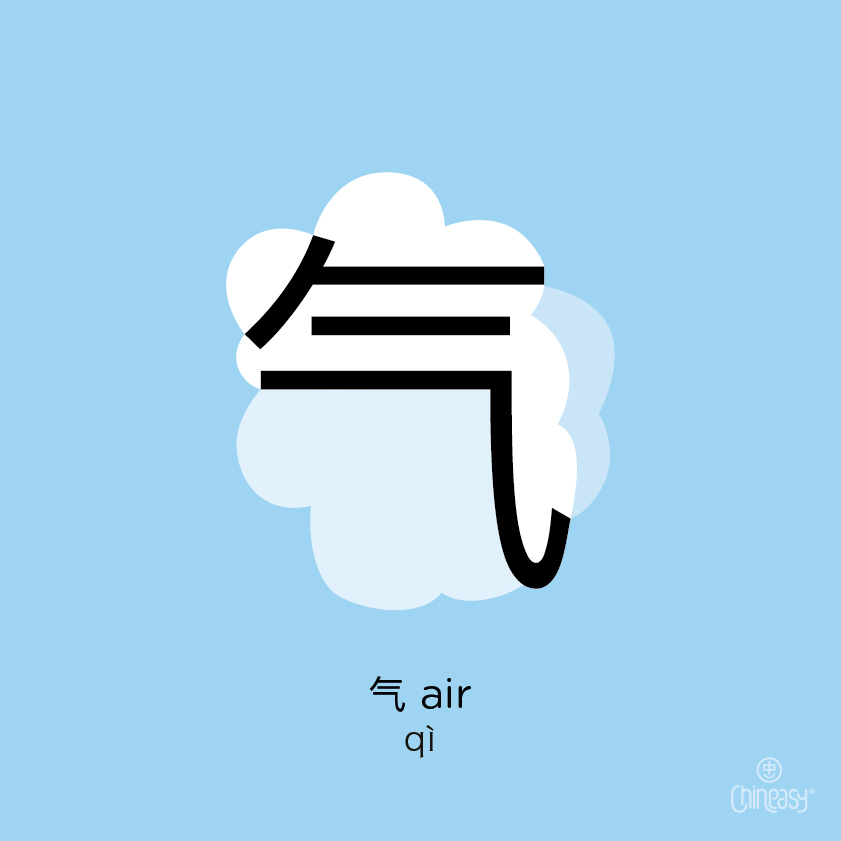 雨 is the Chinese character for “rain.” In its ancient form, it contained only two components: a horizontal line (一) represented the sky, and underneath the sky, there were a few drops that symbolized rain. As time evolved, the horizontal skyline and the water drops have remained, but the component 冂 was added, which is why we have 雨 today.

In English, the word “rain” can be a noun or a verb. 雨, on the other hand, will NEVER function as a verb. In Chinese, 雨 only means “rain” (as a noun) or “rainy” (as an adjective). 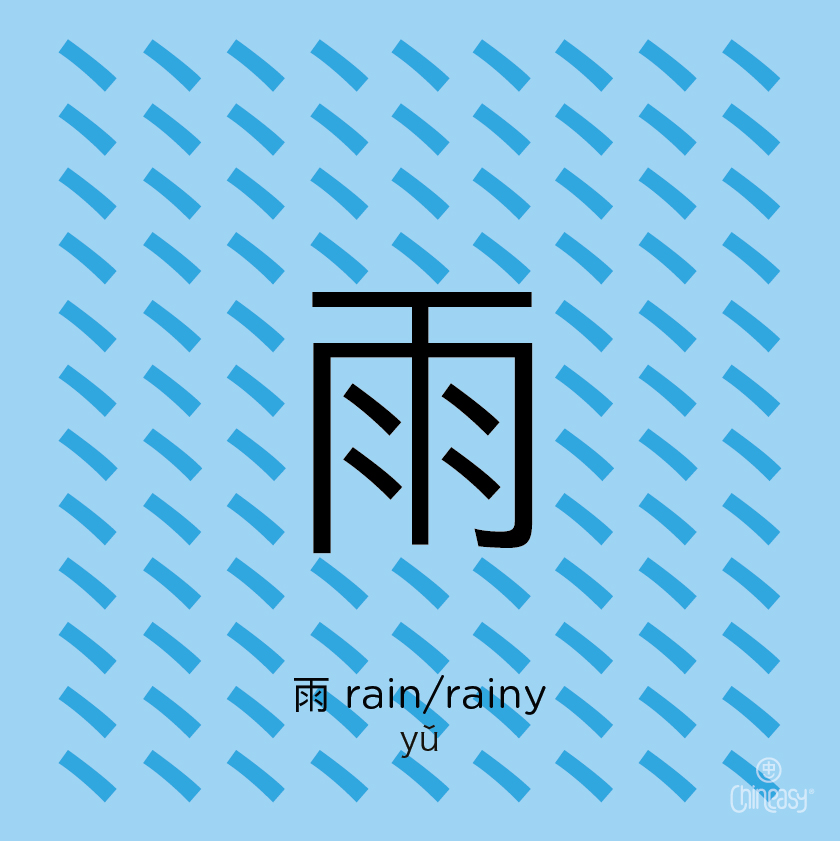 The character 云 (cloud) is the simplified form of the traditional form 雲, which comprises 雨 (rain) and 云.

In ancient China, Chinese people used the shape and color of clouds to predict the weather. Clouds are also one of the most common elements in traditional Chinese paintings. 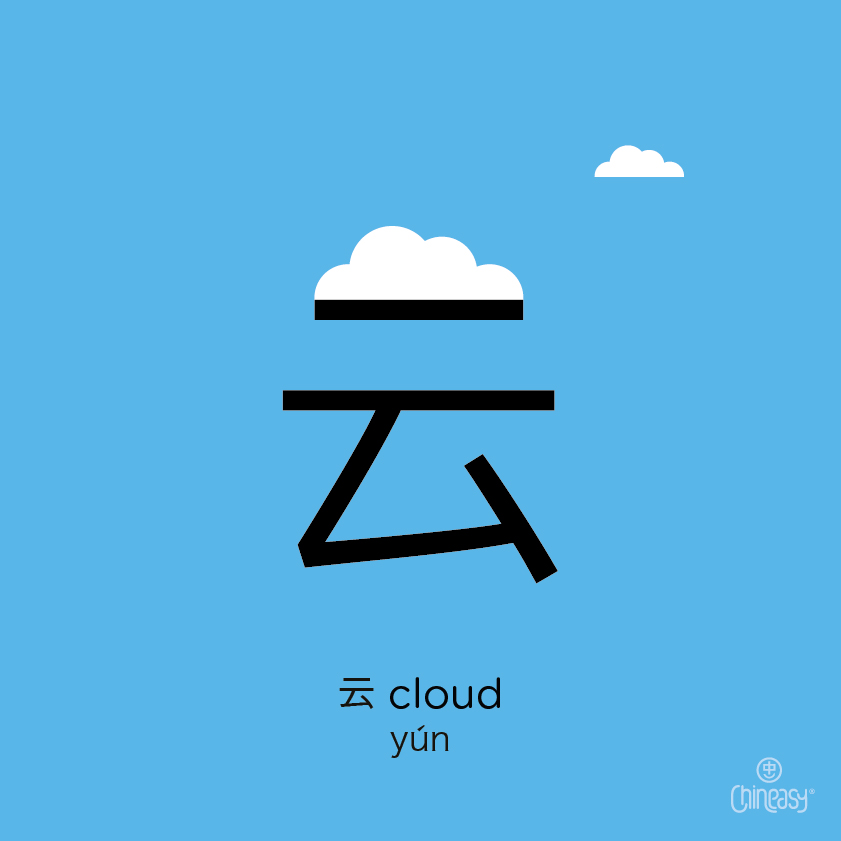 This character 风 is the simplified form. Its traditional form is 風 which inside is the character 虫 (insect). The initial interpretation of the traditional character is that when the wind blows, insects are born. What an interesting perception. 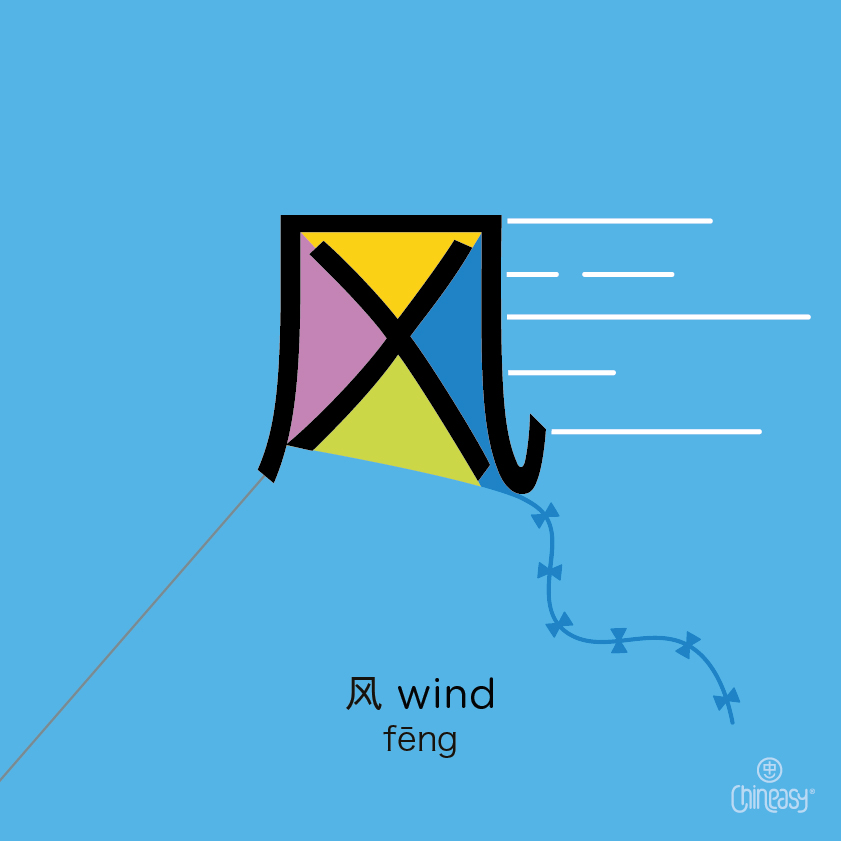