What’s your favorite TV series? The Crown, one of the period dramas on Netflix, has certainly become a household name for many TV viewers. According to figures released by Netflix, a total of 73 million households around the world have watched the Crown since it began in 2016. It is also gaining popularity among the Chinese native speakers, thanks to its amazing casting, the incredible costume detail and the compelling story that it is telling.

Imagine how cool it would be to use Chinese words when discussing some of the main characters (from this show) with your Chinese friends. Thus, in this post, we’ll help you with just that. C’est parti! 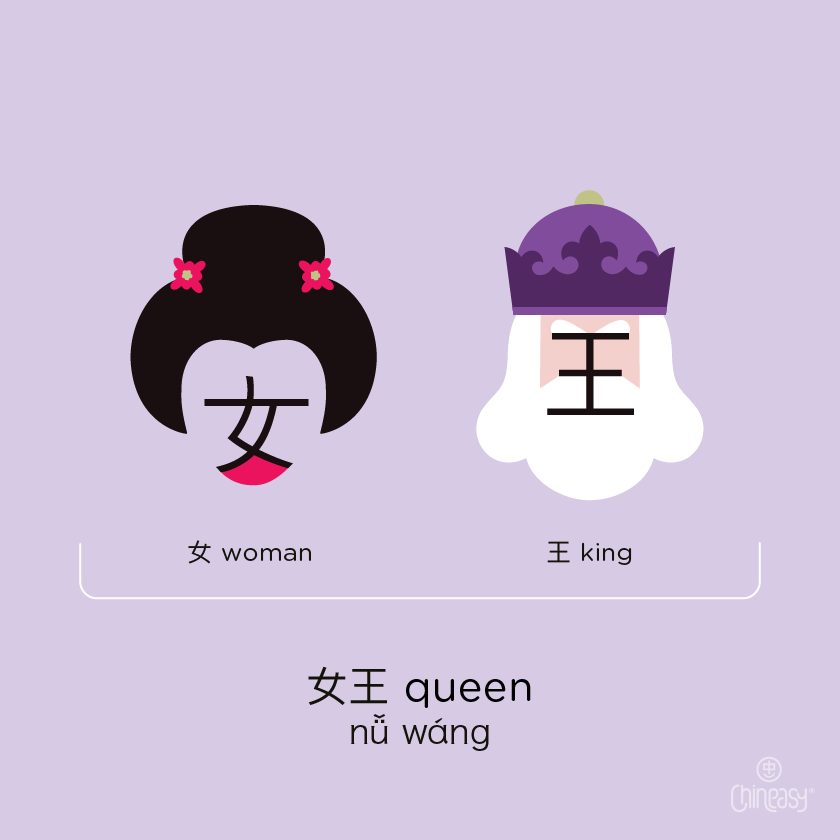 The Crown is a historical TV drama about the reign and life of Queen Elizabeth II, so the character Queen certainly stands out the most. The Chinese word for “Queen” is 女王, literally, woman king. To say Queen Elizabeth in Chinese, the correct word order is the name first and then the title, i.e. 伊麗莎白女王/伊丽莎白女王 (yīlìshābái nǚwáng; Elizabeth + Queen). 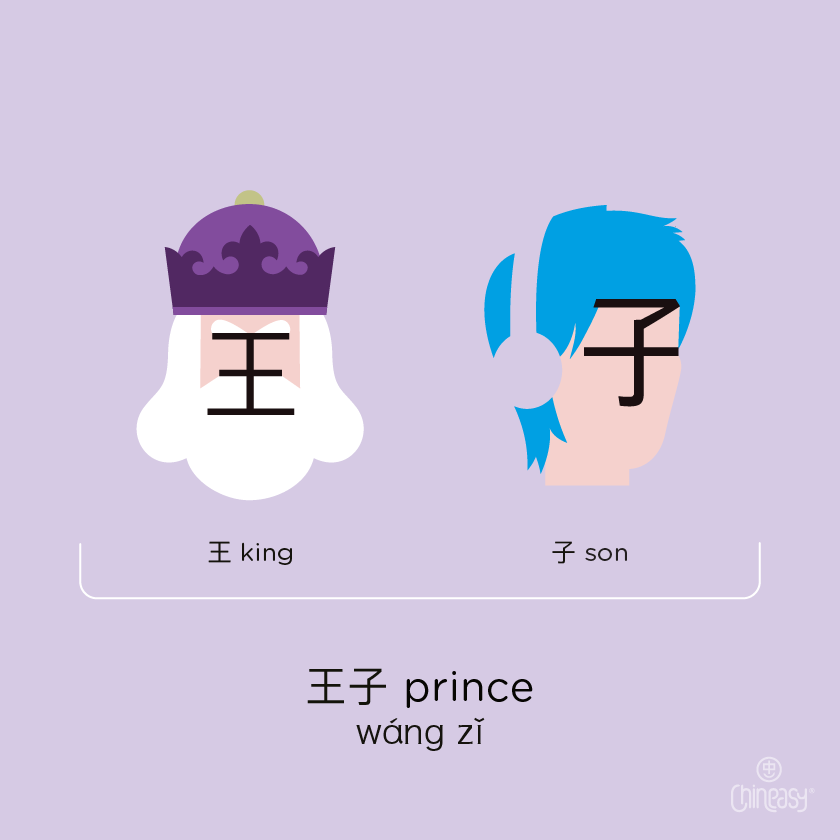 The king’s son is a prince, which translates to 王子 (king + son). In the context of the monarchy, the title 王子 can only be applied to the son or the grandson of the king or queen. In the Crown, one of the characters who makes into the 王子 category is Prince Charles, 查爾斯王子/查尔斯王子 (chá’ěrsī wángzǐ; Charles + Prince). Remember, in Chinese, you need to say the name first and then the title.

Prince Charles is a pioneer in organic farming. He passionately believed in it, and in 1986, he turned his estate farm into a completely organic farming system. He even set up an organic food business in 1990. Guess what the most well-known item the company produces? It’s organic oaten biscuits, sold in over 30 countries! 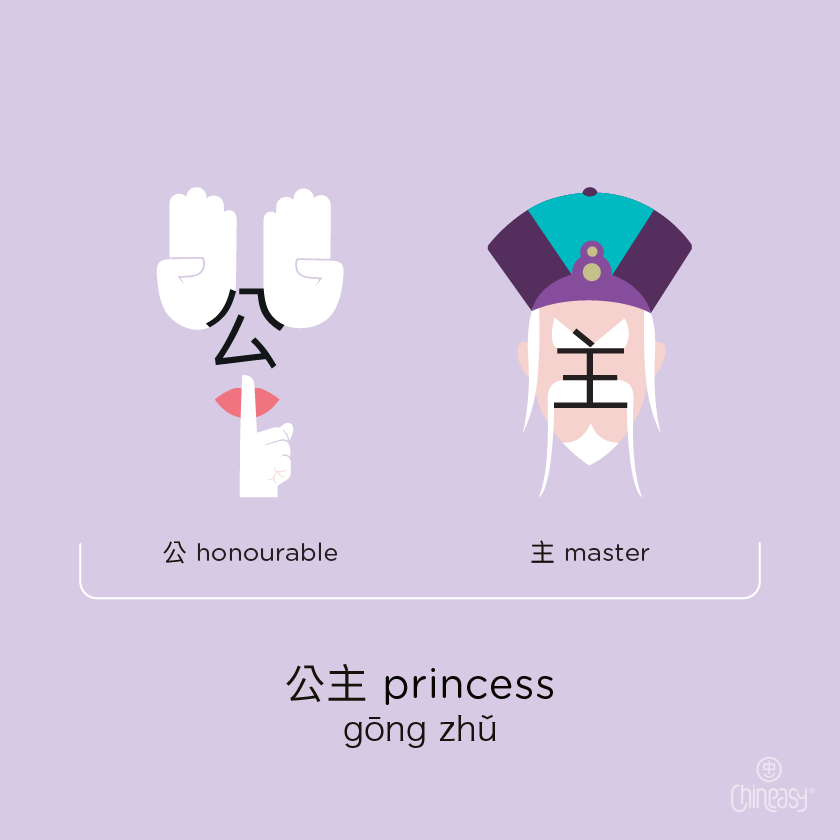 In the crown, there are two prominent princesses: 瑪格麗特公主/玛格丽特公主 (mǎgélì tè gōngzhǔ; Margaret + Princess) and 安妮公主 (ānnī gōngzhǔ; Anne + Princess). They were both a second child in the family. Besides, in terms of personality, the two women have plenty in common. 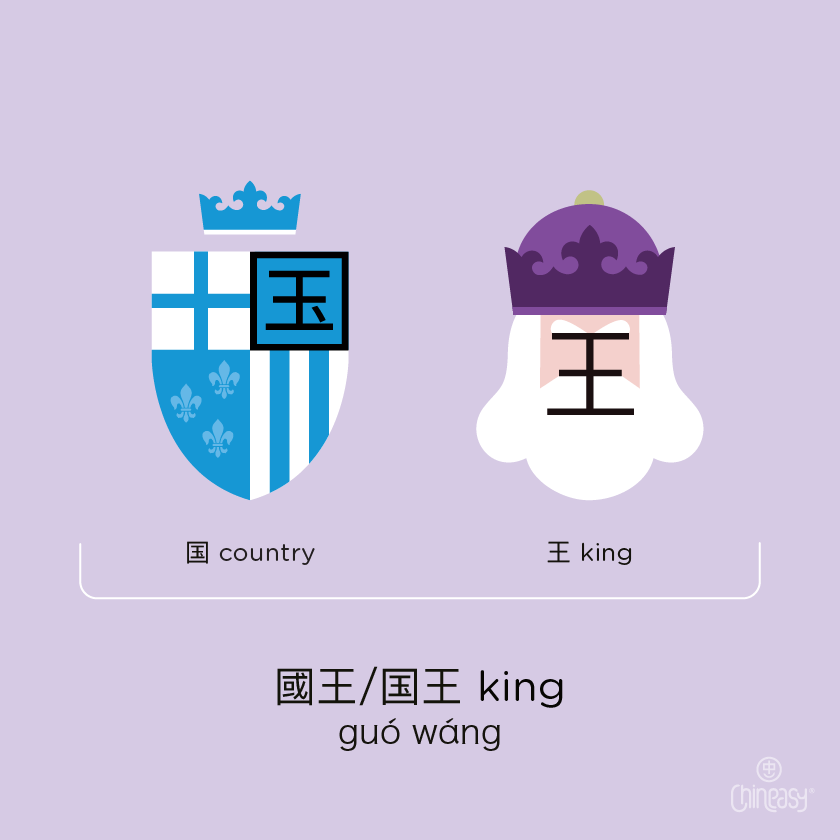 The Chinese word for “king” is 國王/国王, literally, country king. It emphasizes that the king is not the head of a company or an empire but a country.  Season 1, Episode 1 begins with King George VI, who was ill with lung cancer. As a result, he wasn’t in many episodes in the Crown; however,  the character certainly left an indelible mark on the viewers and evoked their sympathy over his sudden death. 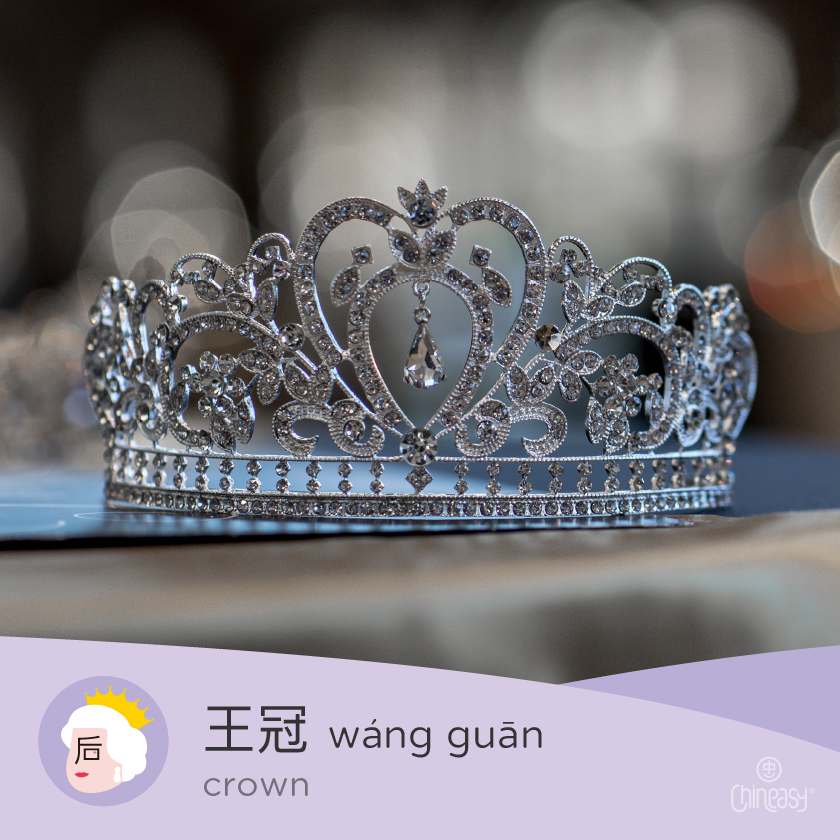 Photo by Church of the King on Unsplash

Crown translates to 王冠 in Chinese. 王 can mean either “king” or “royal,” and 冠 means “crown.” Strictly speaking, a crown can’t be a character; nevertheless, it captures the essence of the monarchy and sparks the public’s imagination.

Throughout the four seasons of the Crown, Queen Elizabeth II wears different crowns and tiaras, which are drawn from two main collections: the royal collection and the queen’s personal collection. Among these two sizable collections, St Edward’s Crown (聖愛德華王冠/圣爱德华王冠; shèng àidéhuá wángguān; St + Edward + Crown) is arguably the most important piece, and it’s the one that Queen Elizabeth II was crowned on 2 June 1953 at Westminster Abbey, London.

Lastly, if you wonder how English names are translated into Chinese, the answer is that they are translated using phonetic transcription, or 音譯/音译 (yīn yì). In other words, Chinese characters are selected to replicate the sounds of the English name. For example, Edward becomes 愛德華/爱德华 (ài dé huá).