Who doesn’t like food? We dine out, we order deliveries, and some of us even cook yummy meals for loved ones and friends. But, more often than not, we also stare at an empty fridge and decide to head out for a grocery run. So, what other occasion is better for picking up a couple of fruits, veggies, and handy Chinese?

We handpicked five commonly used Chinese words for grocery shopping. Picture yourself at your local supermarket as we walk you down the aisles of different vocab! It’s much more efficient to pick up vocab in groups in real-life scenarios. Let’s do this. 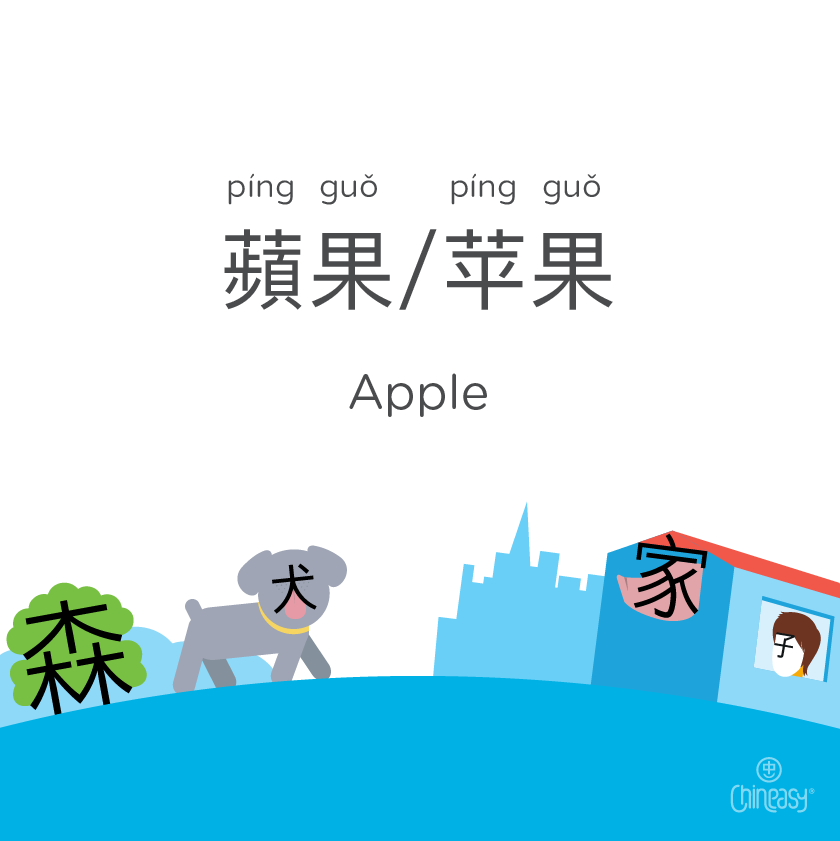 🍎 蘋果/苹果 means apple fruit. It’s also the namesake for global tech brand Apple. Isn’t it fun and refreshing to say 蘋果/苹果 instead of Apple when talking about the iPhone? 😆 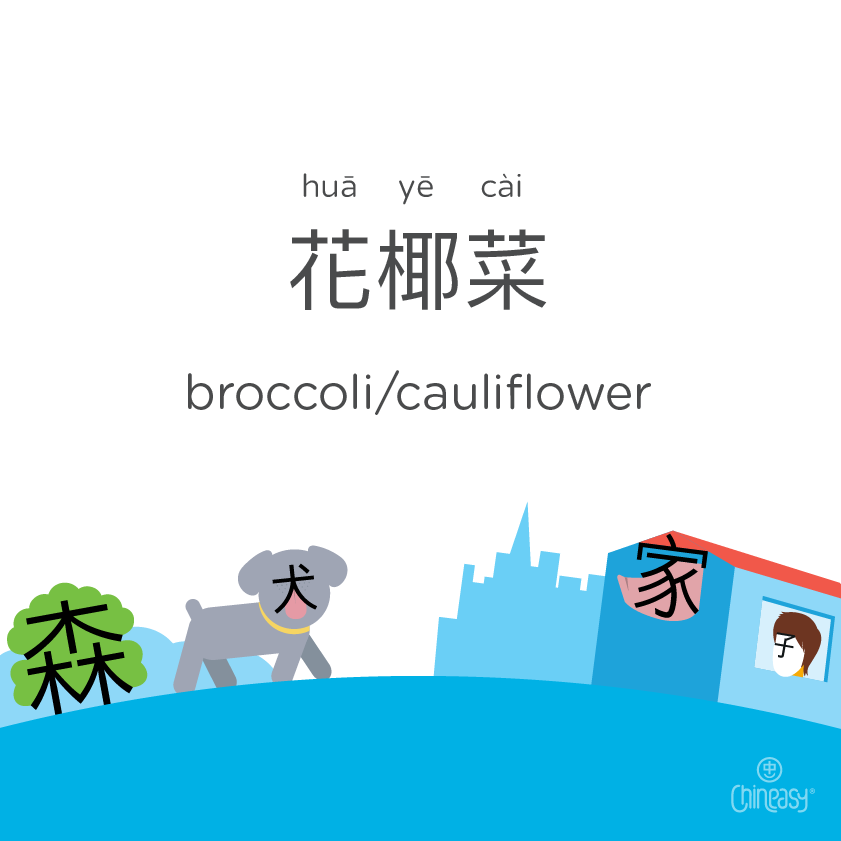 Let’s break down the word cauliflower (花椰菜) into some (meaningful) florets. 花 (huā) can mean a “flower” or a “blossom.” Seeing the grass radical (艹) at the top of the character, you can guess it refers to plants or nature. The second character, 椰 (yē), on its own stands for coconut. The last character, 菜 (cài), in this context, stands for “vegetable.”

花椰菜 is interchangeable for broccoli and cauliflower in Chinese! It might be a bit confusing for some foodies. So, how do we differentiate the two? Simply add the color  “green” (綠/绿; lǜ) for“broccoli.” For example,
⚪ cauliflower 花椰菜 (huā yē cài)
🟢 broccoli 綠花椰菜/绿花椰菜 (lǜ huā yē cài)

✨ If you want to learn more vocabulary related to food and drinks, download our Chineasy app for free! Available in the App Store and Play Store! ✨ 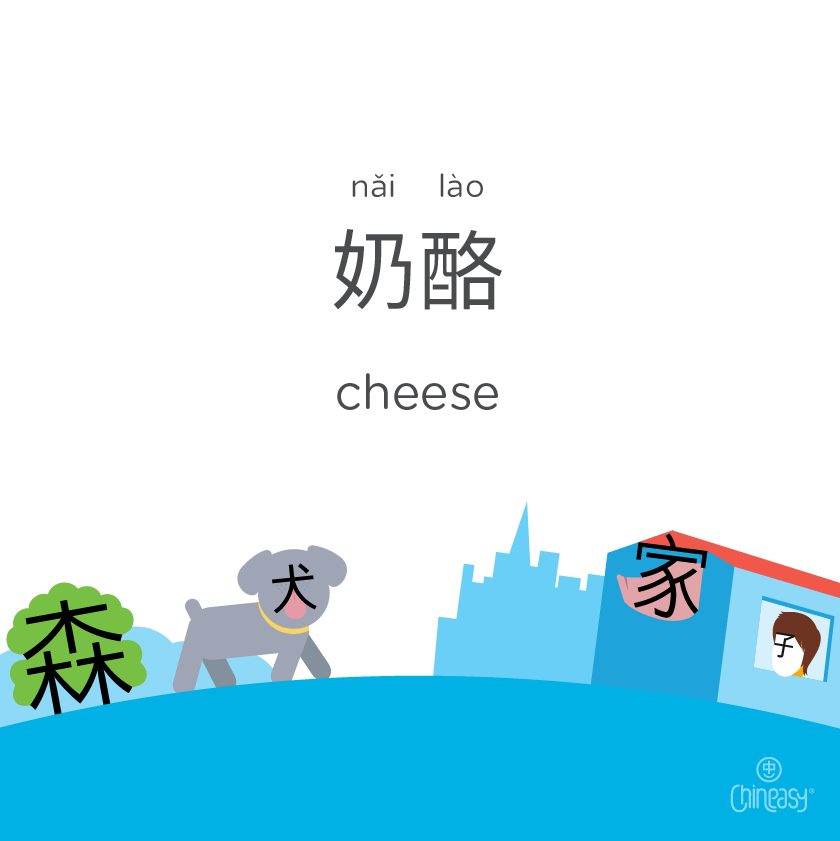 🧀 There are quite a few Chinese words for cheese. Among them, the commonly used one in mainland China is 奶酪 (nǎi lào), which translates to “milk cheese.” 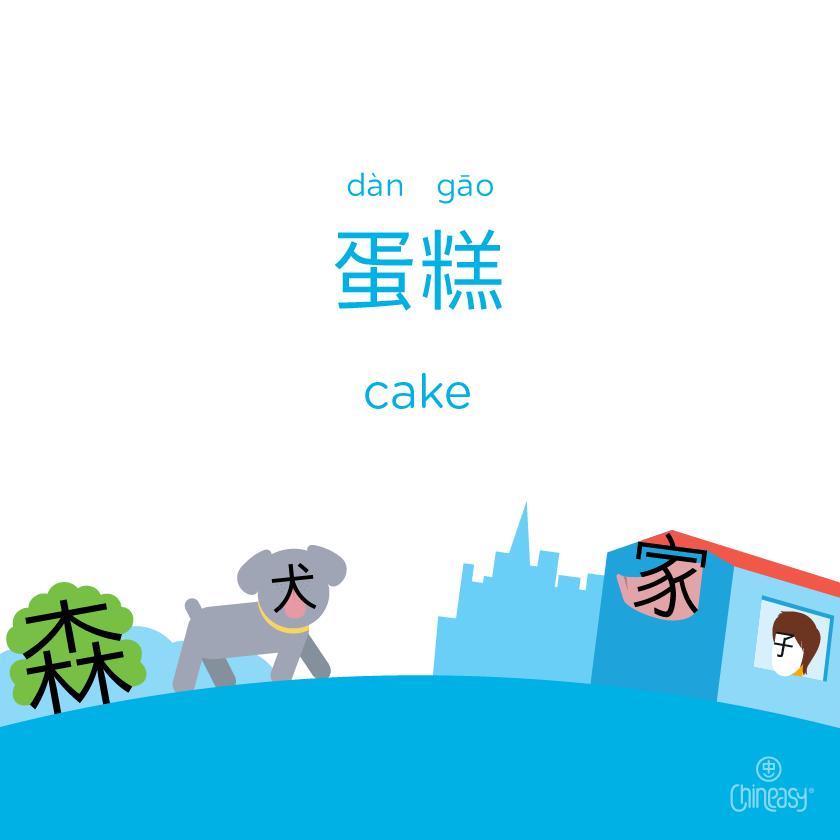 🍰 Fancy a bit of 蛋糕? 蛋 means “egg” and 糕 is “cake.” Together, it roughly means “egg cake.” That makes sense because eggs are one of the key ingredients to making light and fluffy sponge cakes.

Fun fact: You probably won’t find a birthday cake in a Chinese supermarket. Chinese people usually get birthday cakes (生日蛋糕) from local bakeries or patisseries because they’re fresher and tastier. 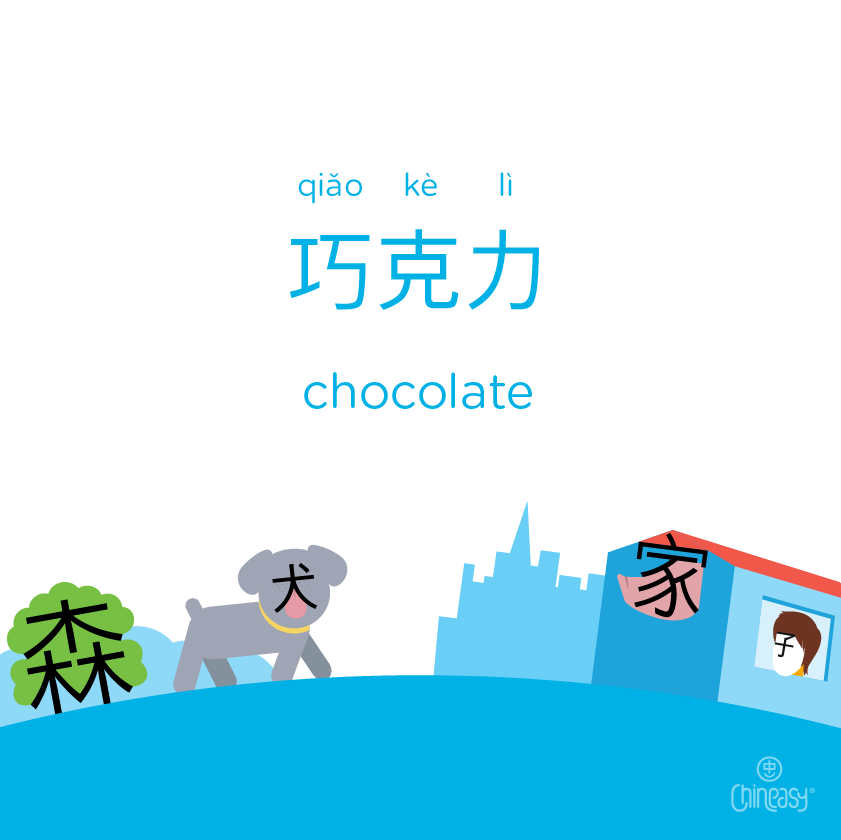 🍫 Here comes another guilty pleasure – 巧克力 (qiǎo kè lì; chocolate)! It sounds like the French word “chocolat” because there’s no final “t” sound. Chocolate is one of the most popular sweet treats in the world, and nobody can deny a chocolate cake (巧克力蛋糕) 🎂. Yum!

What other items are always on your grocery list? 🛒