There are quite a few similar-looking Chinese characters that could be difficult to tell apart. No worries! In this post, we are going to help you to spot the difference easily. C’est parti! 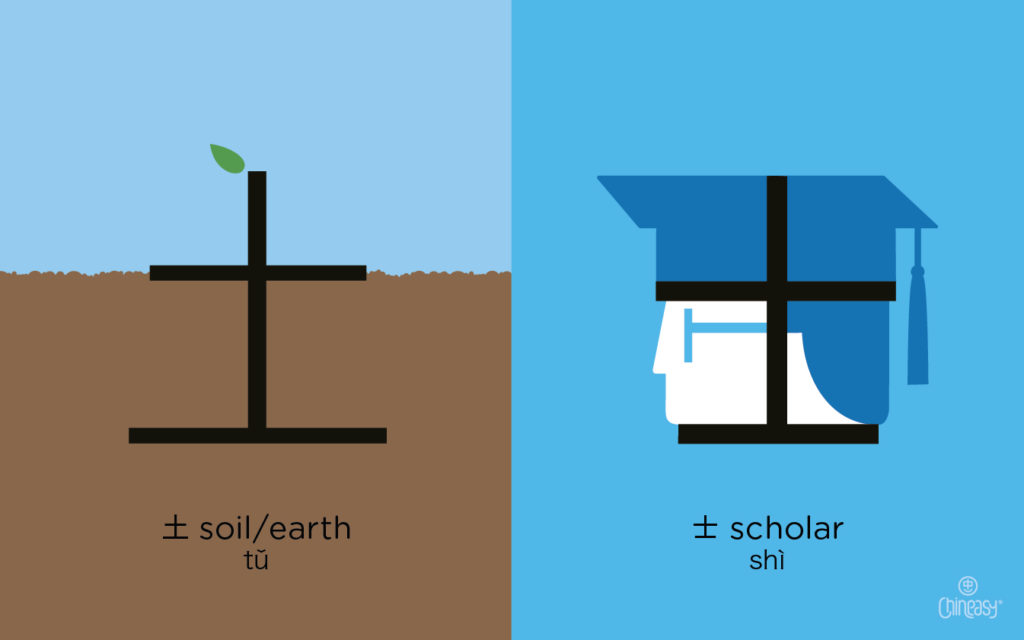 土 (soil/earth) and 士 (scholar), are a pair of two easily mixed-up characters, they only have one key difference in their composition.

Both of them have two horizontal strokes. In the character 土 (soil/earth), the width of the top horizontal stroke is shorter than the base stroke. However, in 士 (scholar), the top stroke is longer than its base stroke. One of our followers, Mahdi Bekretou, provides an interesting mnemonic on how he tells the character 士 (scholar) apart from 土 (soil/earth). Thanks for sharing this, Mahdi! 🙂

“The scholar can drive an airplane after graduation. And 士 looks like an airplane (wings are longer than tale). “ – by Mahdi Bekretou 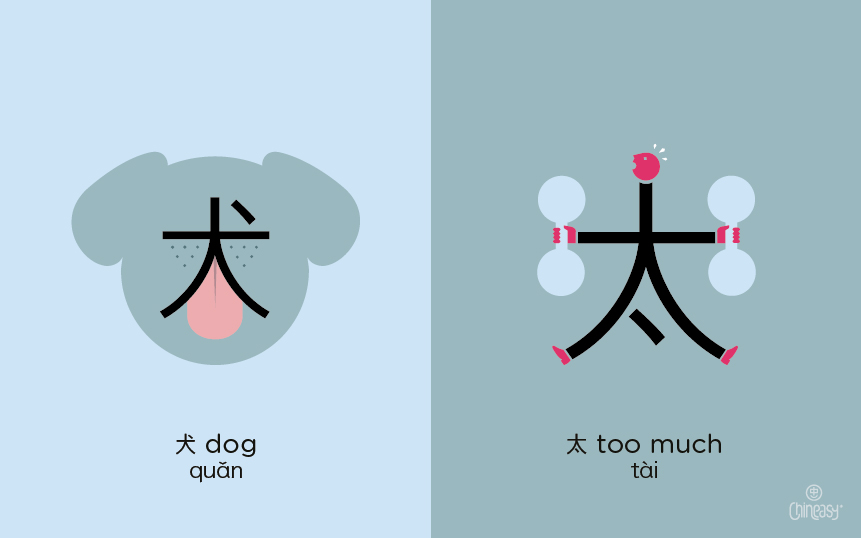 The Chinese character 犬 means “dog.” In the oracle-bone scripts, it was a pictograph of a dog with a long tail.

Another similar-looking character is 太, which means “many” or “too” as in “too much.” In the seal scripts, this character was formed by adding a small dot/tick radical (丶) to the character 大 (big). This character symbolizes “more than big,” which we can translate to “the greatest,” “the highest,” “too,” and “very.” 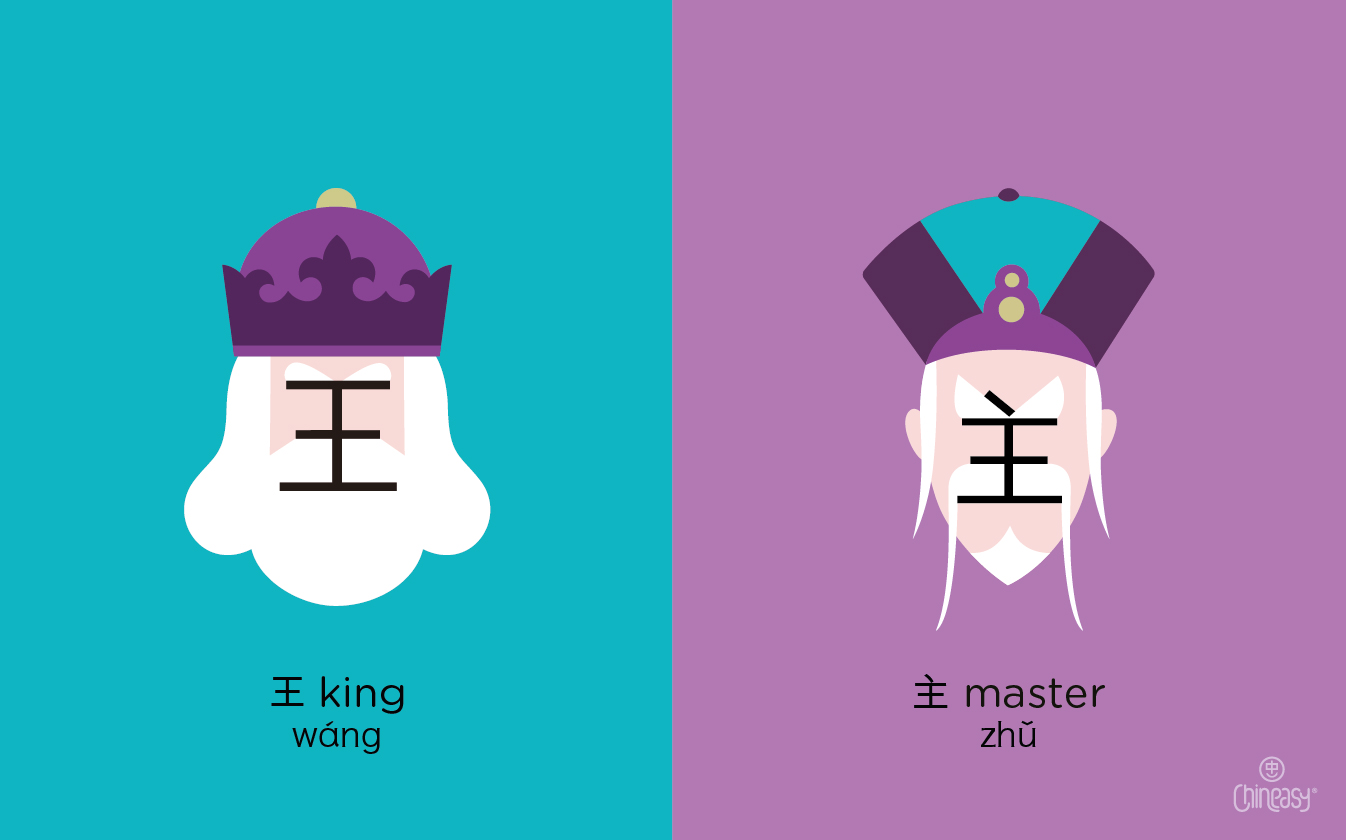 Look closely and you will see that 主 (master) has an extra drop compared to 王 (king).

Initially, the character for “master” 主 depicted a torch above a bunch of timber. So associate the extra drop on top of the character 主 with the torch will help you tell 主 apart from 王. 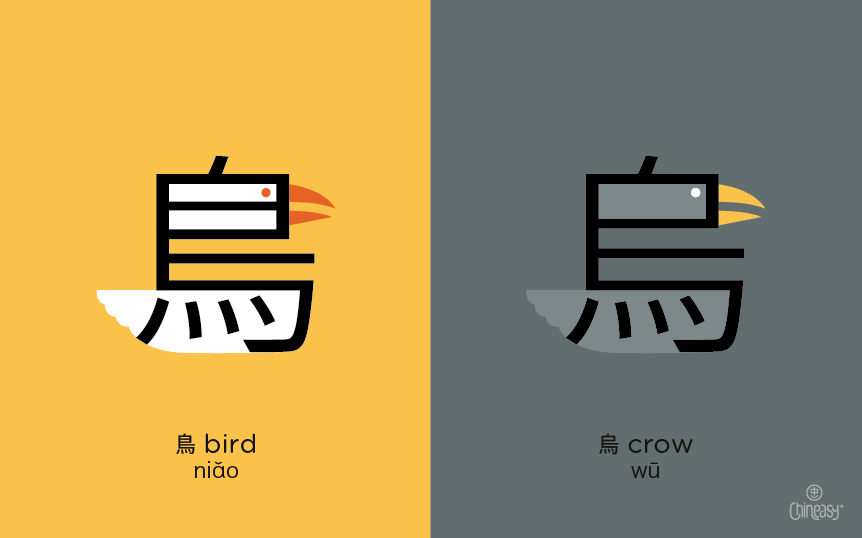 In the ancient oracle bone script, this character looked just like a bird! Over time, the lines that made up the bird’s talons, beak, and tail feathers, became more geometric until they came to resemble 鳥, which is the traditional Chinese character that is still used today.