Are there more insects or humans on this planet? According to research published by Iowa State University, the estimated ratio of insects to humans is 200 million to one. So, those little creatures certainly outnumber us a lot!

Though Chinese words related to insects don’t necessarily make it to the top 10 must-know words, being able to name some insects in Chinese is still pretty cool, especially for those of you who are nature lovers! And in this post, we’re going to teach you four common ones. 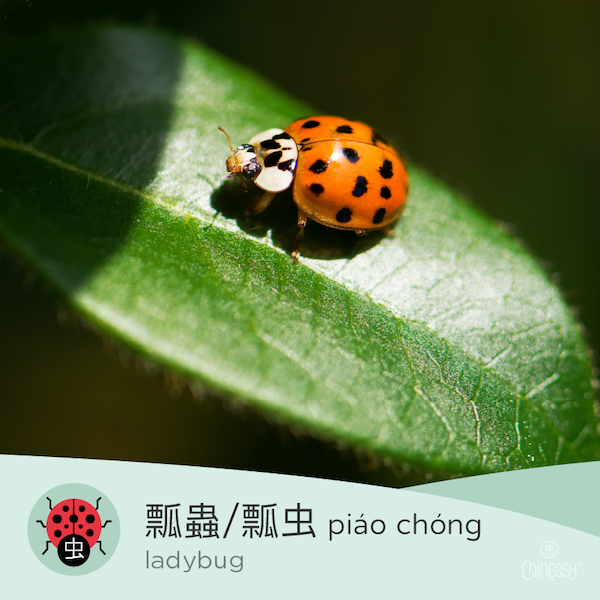 Unlike other insects, ladybugs have often been perceived as clean, unharmful and cute thanks to their rounded shape and dotted spots with a colorful background. Red ladybugs with black spots are most familiar, but they actually come in a wide range of colors, and even the number of their dots varies depending on their species.

瓢蟲/瓢虫 (piáo chóng) is the Chinese name for “ladybug.” 瓢 means “ladle,” and 蟲/虫 is “insect” or “bug.” So why does ladle plus insect mean “ladybug?” . The ladybug has a domed-shaped body, and when you turn it upside down, it resembles the shape of the bowl in a cooking ladle. Did you get it? 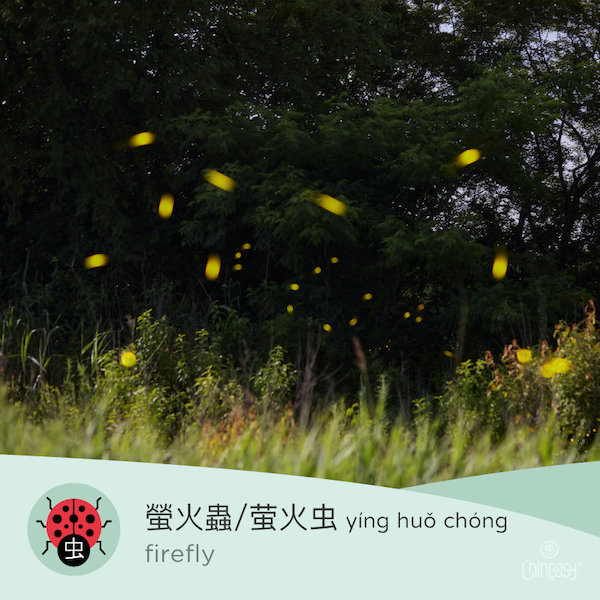 In English, this insect has many names attached to it, including firefly, firebug or lightning bug. Nevertheless, when it comes to Chinese, we just call it 螢火蟲/萤火虫 (yíng huǒ chóng), literally, glow-worm fire insect. Interestingly, fireflies were once kept as pets and used for imperial entertainment in ancient China; nowadays, they are regarded as a romantic symbol in modern China. 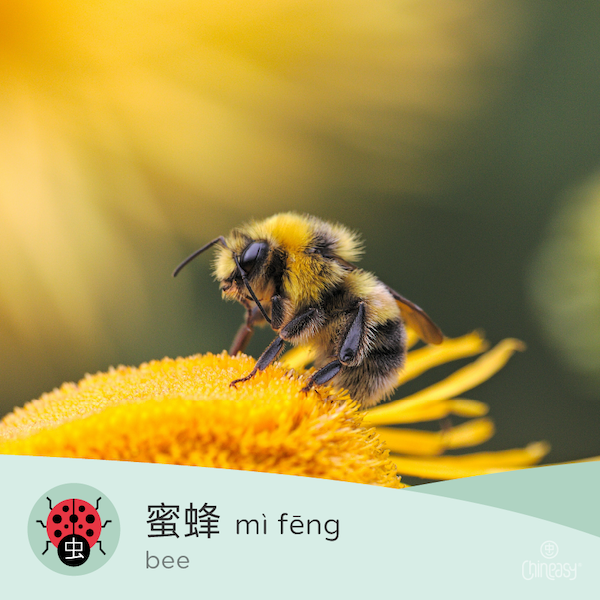 Bee is called 蜜蜂 (mì fēng) in Chinese. Unlike the previous two insects, the bee’s Chinese name doesn’t contain the character 蟲/虫 (chóng; insect/bug). However, in its name, the second character 蜂 does give a clue because of the component of 虫 on the left side of the character. The literal meaning of 蜜蜂 (bee) is honey bee. With this understanding, the Chinese translation of “beekeeper”—養蜂人/养蜂人 (yǎng fēng rén), literally, to raise bee person, shouldn’t be too difficult to comprehend.

Beekeeping in China has a history of more than 3,000 years old; nevertheless, back in early ancient China, bees used to be associated with a bad omen because of the poisonous liquid they produce after they sting. 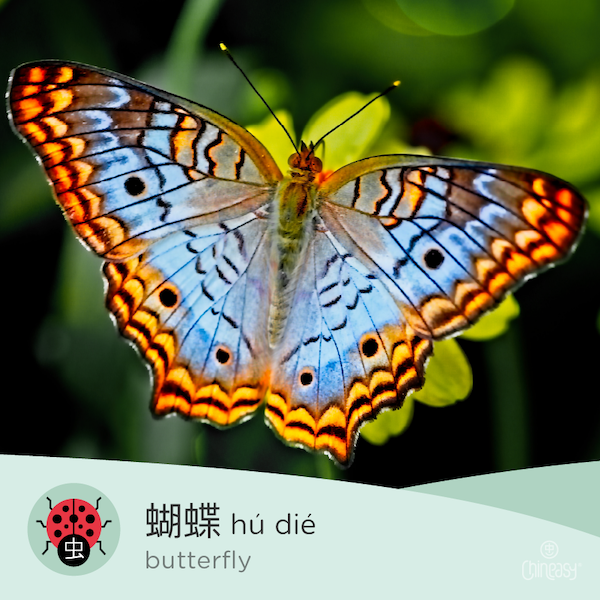 Lastly, we can’t end this post without talking about the most beautiful flying butterfly! The Chinese word for butterfly is 蝴蝶 (hú dié). Can you spot the insect radical 虫 in both characters?

The most famous Chinese ancient story related to 蝴蝶 is the Butterfly Lovers, which tells a heartbroken love story between a pair of famous lovers: Liang Shanbo and Zhu Yingtai. The story is often regarded as the Chinese version of Romeo and Juliet, and just like Romeo and Juliet, the pair has a tragic ending. The lovers were transformed into butterflies, flew away and never separated again.