If you’re not yet accustomed to the complexity of written Chinese, it can be very difficult to recognize characters, let alone differentiate between those which appear nearly identical. So in order to spare you time and energy as you learn to read and write in Chinese, we’d like to suggest a few mnemonic devices to help you memorize and associate the meanings of a few characters with their written forms. 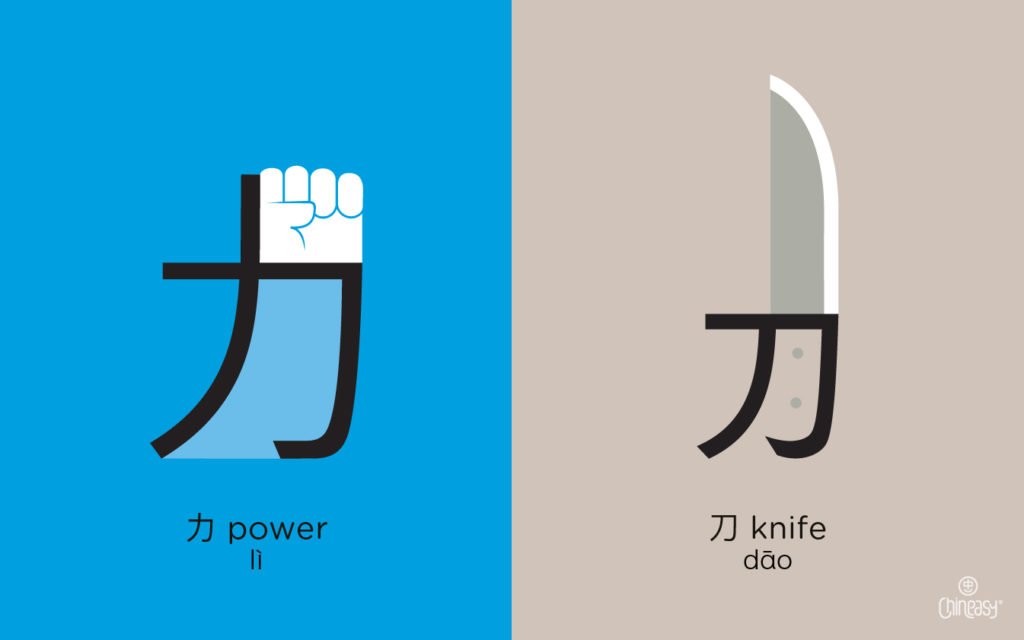 Let’s start with 力 (lì; power) and 刀 (dāo; knife). The first character, 力 (lì), originally depicted a muscular arm with bulging veins to signify physical strength. Over time, its meaning has expanded to include “power,” “energy,” and “force.”

The second character, 刀 (dāo), has evolved from an original sketch of two knives. Nowadays, this character is used in all kinds of terms, directly and indirectly, related to knives and their applications, for instance, 開刀/开刀 (kaī dāo; to have surgery).

In terms of form, the only difference between these two characters is that the left-hand vertical stroke of 力 “power”-fully crosses over the horizontal. The top of 刀, on the other hand, runs straight across clean and uninterrupted, just like the blade of a “knife.” 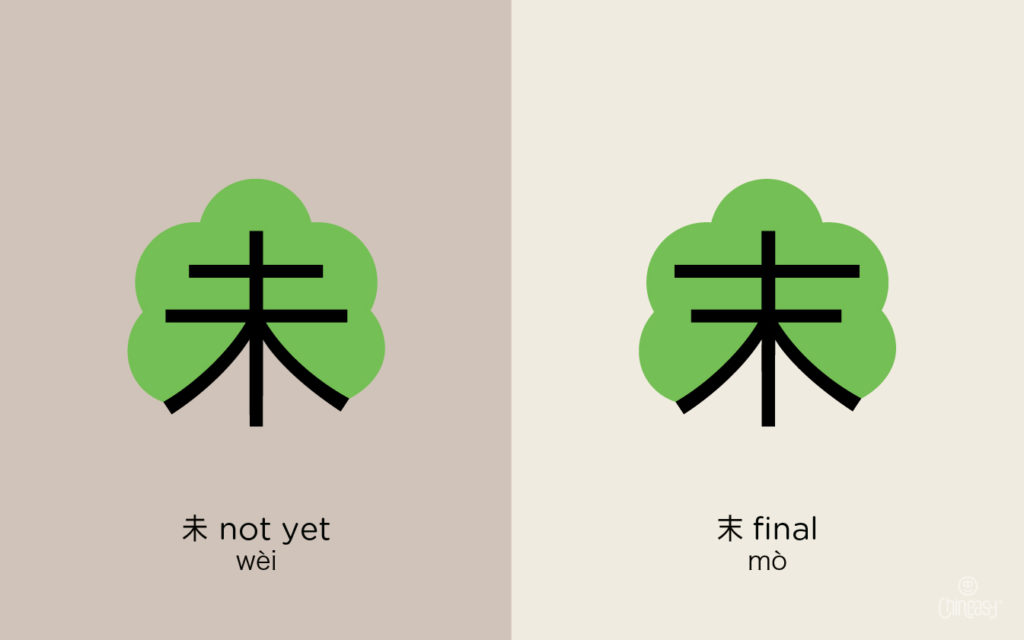 And now the second pair: 未 (wèi) and 末 (mò). These characters may appear to be nearly the same, yet they are almost opposite in meaning.

First let’s look at 未 (wèi). Imagine that the vertical stroke in center depicts the trunk of a tree whose roots are planted firmly in the ground (symbolized by the horizontal baseline). The tree has begun to grow but has not yet reached its full height or maturity, and hence the character’s meaning of “not yet.”

Turning our gaze to 末 (mò), we see that the tree has finally reached its full height, its leafy branches extending outwards to capture sunshine. This character thus means “the end” or “final,” as in 期末考 (qí mò kǎo; final exam). 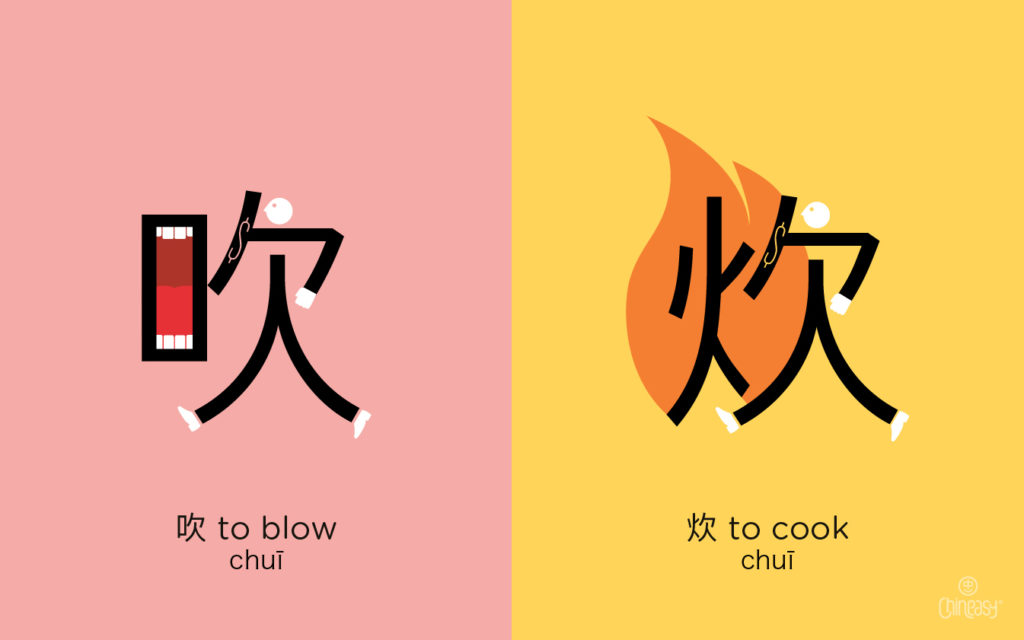 The other “chuī”, i.e. 炊, is also built around欠 (qìan), but has the component for “fire,” 火 (huǒ), instead of “mouth.” And what do fires give off? Heat! That’s why 炊 refers to cooking by fire.