In the modern age, we drink alcohol mostly for celebrating, socializing or to compliment a nice meal. However, our ancestors started to consume alcohol during their ritual gatherings. Ancient Romans even regarded wine as medicine, which had the power to heal.

To ancient China, alcohol was a staple for thousands of years, and it was never absent from family celebrations or ceremonies honouring gods and ancestors. This richness of the drinking culture also reflects in the Chinese language as the Chinese character for alcohol: 酒 (jiǔ) has the same pronunciation as the character for “longevity” 久. 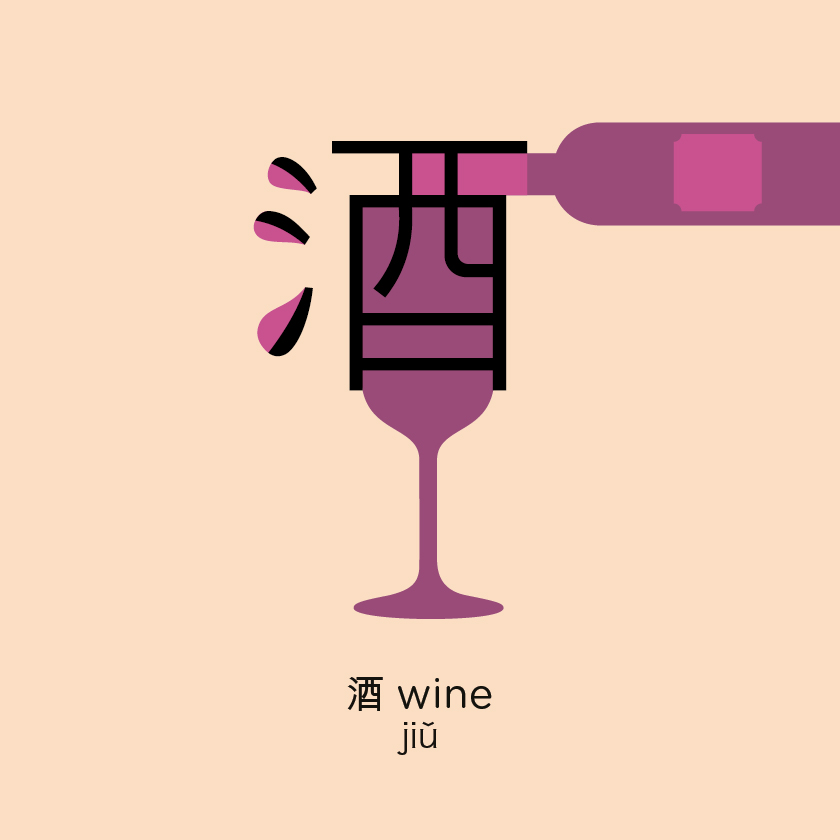 The Chinese character 酒 is used as a general term for alcoholic beverages, such as wine, liquor, and spirits. So if you are teetotal and spot this character on a Chinese menu, stay away from that drink!

The earliest confirmed fermented beverage which dates from about 9,000 years ago when it was discovered in Henan Province in China. That makes this character even more important to learn! The character 酒 is made up of 氵 (the water radical) and 酉 (wine vessel). The liquid in a wine vessel is “alcohol/wine!” 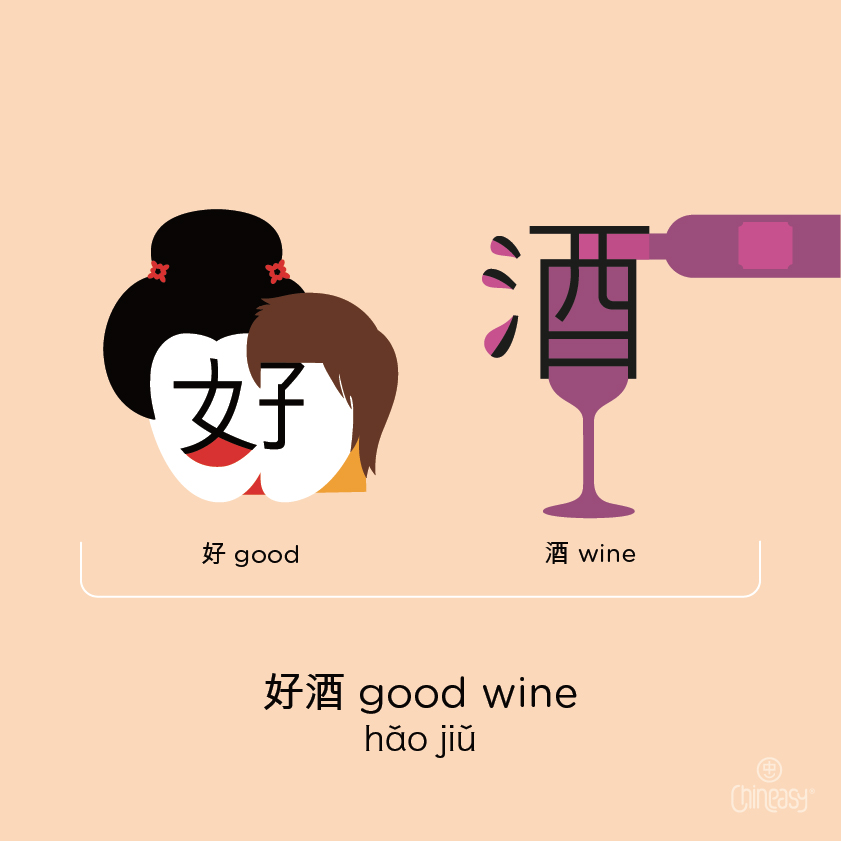 When it comes to wine regions, you may think of the vineyards in European countries, such as France or Spain. However, China has become one of the world’s largest wine producers and there are more and more commercial wineries in recent years. Some of them even won several prestigious awards in international competitions thanks to their good wine (好酒)! 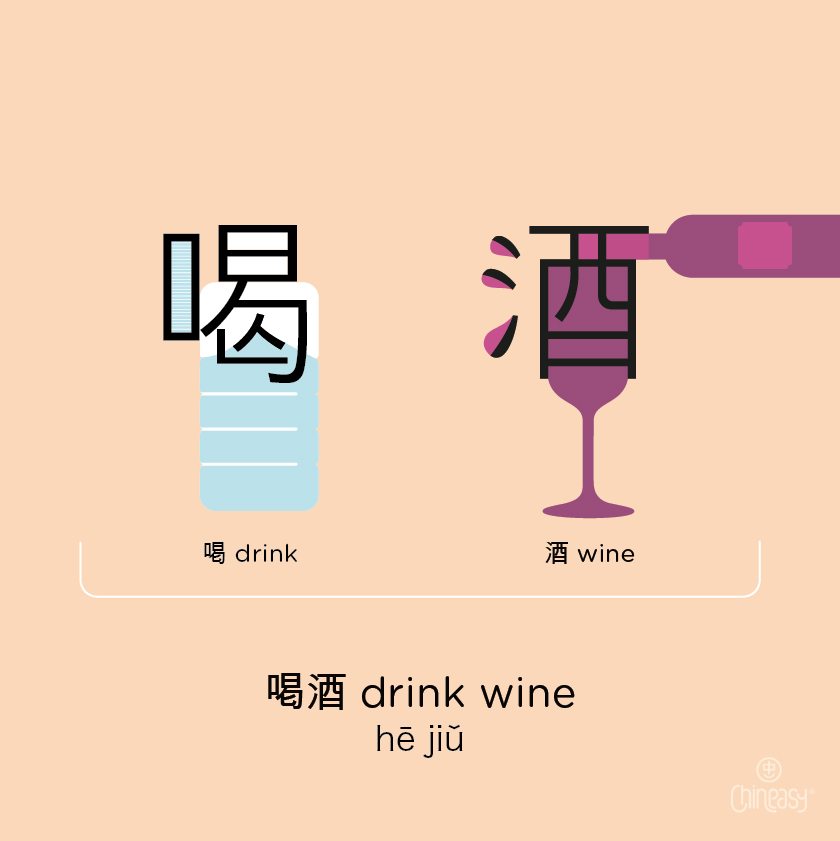 Would you drink (喝酒) on an empty stomach? Traditionally, Chinese people wouldn’t drink any alcoholic beverages on their own. The alcohol was mainly consumed with meals. 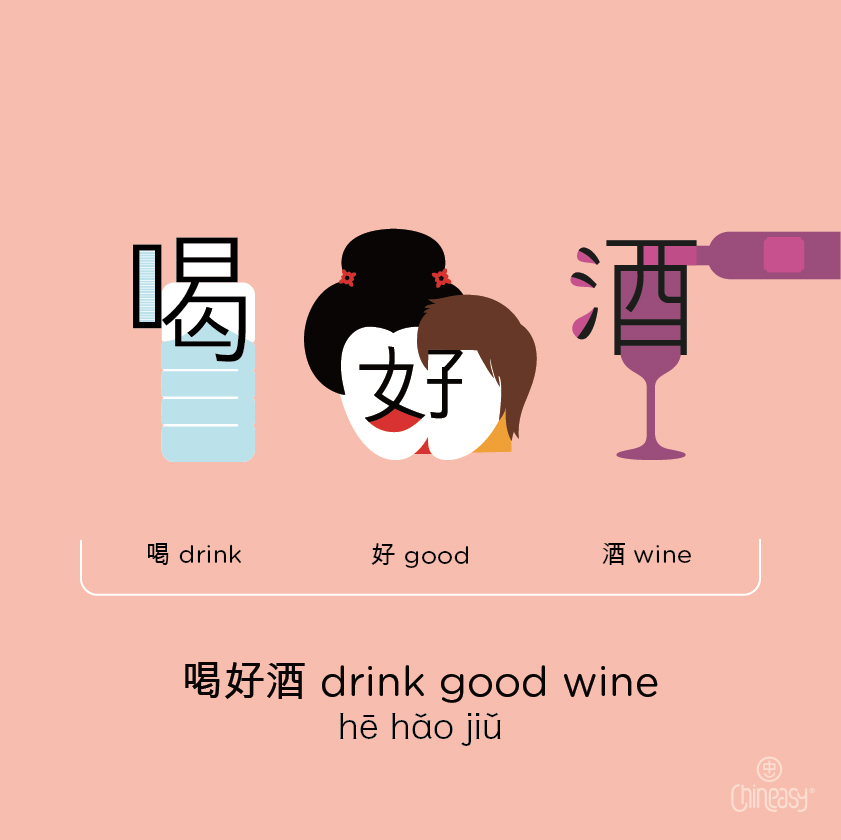 How do you define if the wine you are drinking (喝) is a good wine (好酒)? According to wine experts, to really taste the depth of flavor in the wine, you need to hold the wine in your mouth and swirl it around. So in other words, simply a sip of the wine won’t do the trick! 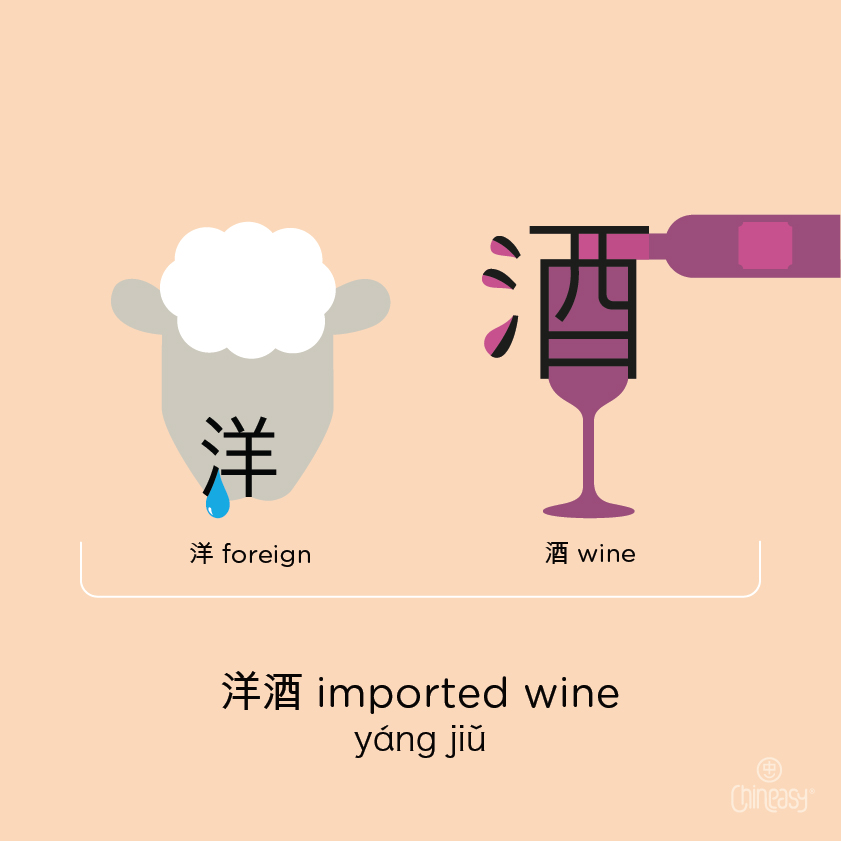 According to the figures from the China government, France (法国) continuously remains as China’s biggest wine source for imported wine (洋酒). 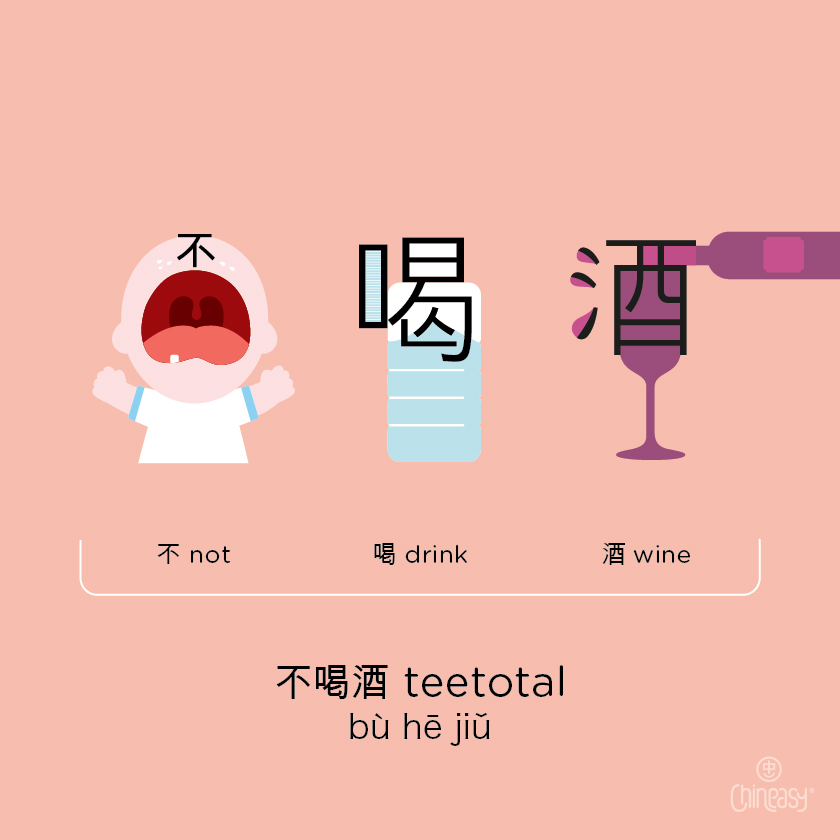 Recent research suggests that there is a growing trend around the world of younger people choosing not to drink alcohol (不喝酒). Are you one of them?

By Kelly Chen | A Super Chineasian

Kelly is a dreamer and a traveler, who loves to study of individuals, groups, or organisations and all the activities associated with the purchase behaviour, including the consumer's emotional, mental and behavioural responses.

Happy Lunar New Year of the Rat! What’s your Chinese Zodiac fortune in 2020? 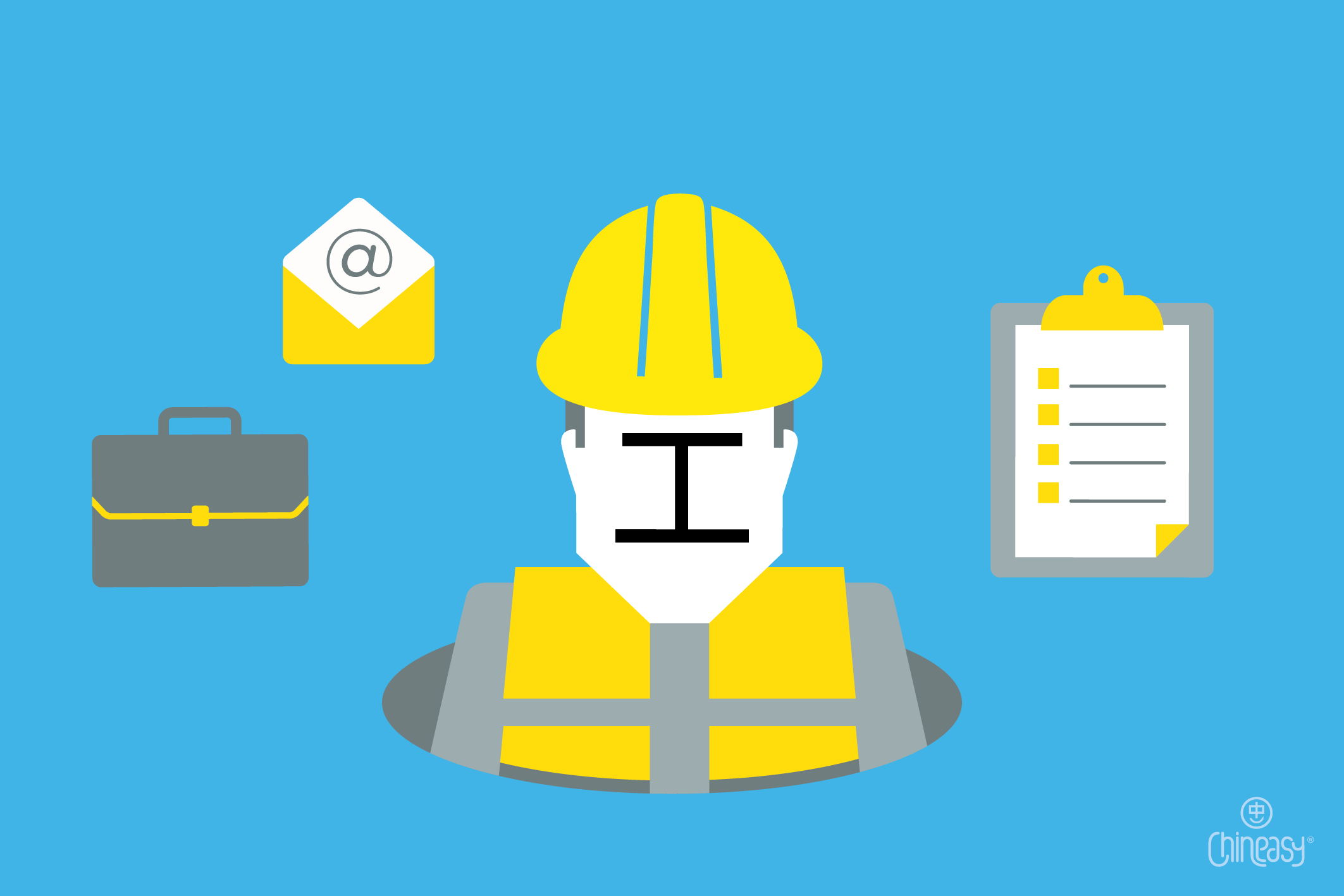 Learning about China by learning its language

Country Names in #Chinese (I)